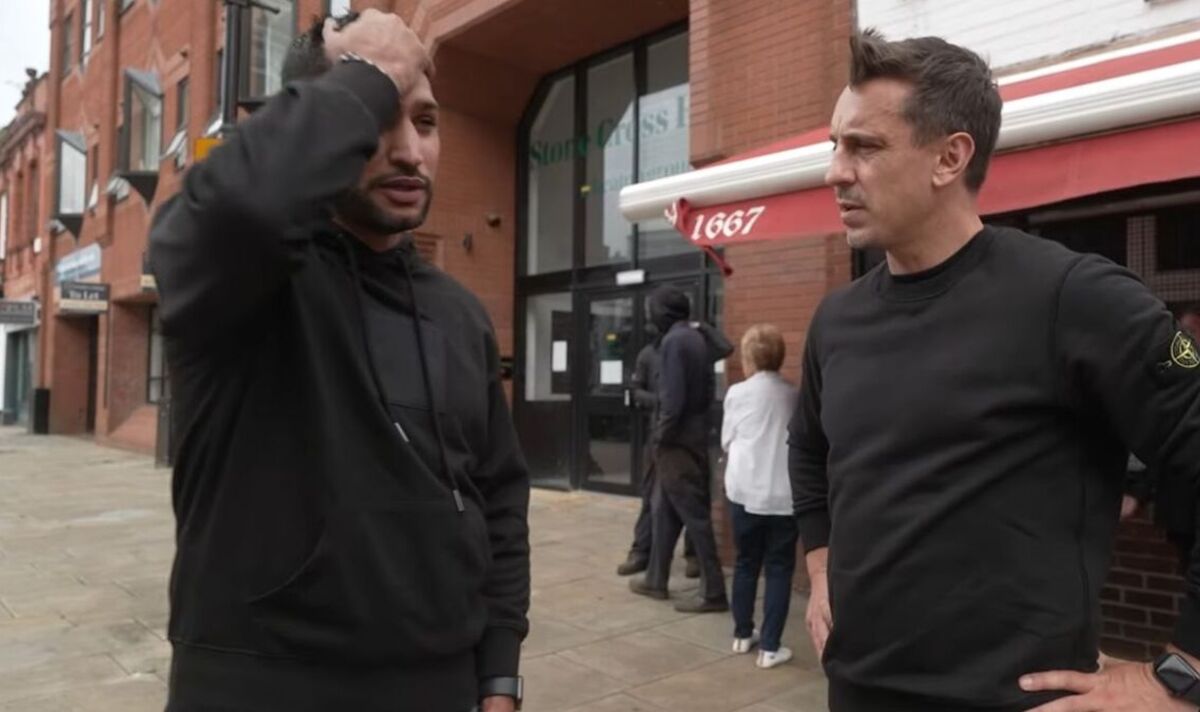 Former light-welterweight world champion Amir Khan lifted the lid on the lowest point of his boxing career in a revealing chat with Gary Neville. Khan, speaking during a recent episode of The Overlap on Sky Sports, named his stoppage defeat to Danny Garcia in 2012 as the worst moment of his stint in the paid ranks and shared his deepest regrets surrounding the contest.

The pair met at the Mandalay Bay Events Center in Las Vegas in a light-welterweight unification contest for the WBA (super), WBC, and Ring Magazine belts. At the time, Khan had just been reinstated as WBA champion following Lamont Peterson’s failed drugs test after beating the Brit on points seven months prior.

Khan entered the ring as a heavy favourite and was ahead on the scorecards coming into the third when he was caught with a perfectly timed left hook that sent him to the canvas with 30 seconds left in the round.

After dusting himself off and heading out from his corner, Khan was knockdown a further two times en route to the eventual stoppage in the fourth. The defeat crushed him – but Khan believes it would have gone differently if he had taken his training camp more seriously.

“I didn’t prepare properly, and my focus wasn’t there. I thought when I walk into this fight this young guy was going to try to beat me. I’m going to destroy him, which I was in the first three, four rounds – and I had promoters after the fight telling me ‘I thought you were going to knock him out after two, three rounds, literally the way you were beating him up, but you know, I got caught with an overhand, left and then I went down.

“I got back up again and started fighting again and obviously, I was just never in my senses. The worst thing about that was I went back into a war again to show them, because I was a young, gutsy fighter. Well, I should have been smarter and step back and say ‘okay, I’m going to compose myself, use that jab, stay behind it, until I recover properly then I’ll go to war again’.

“Those are the things that kind of made me a better person, a stronger person and like I said, we spoke about it earlier where how you’ve seen the room full of friends and then when you lose a fight, the room’s empty. I’ve even had that as well, so boxing is a tough sport.”