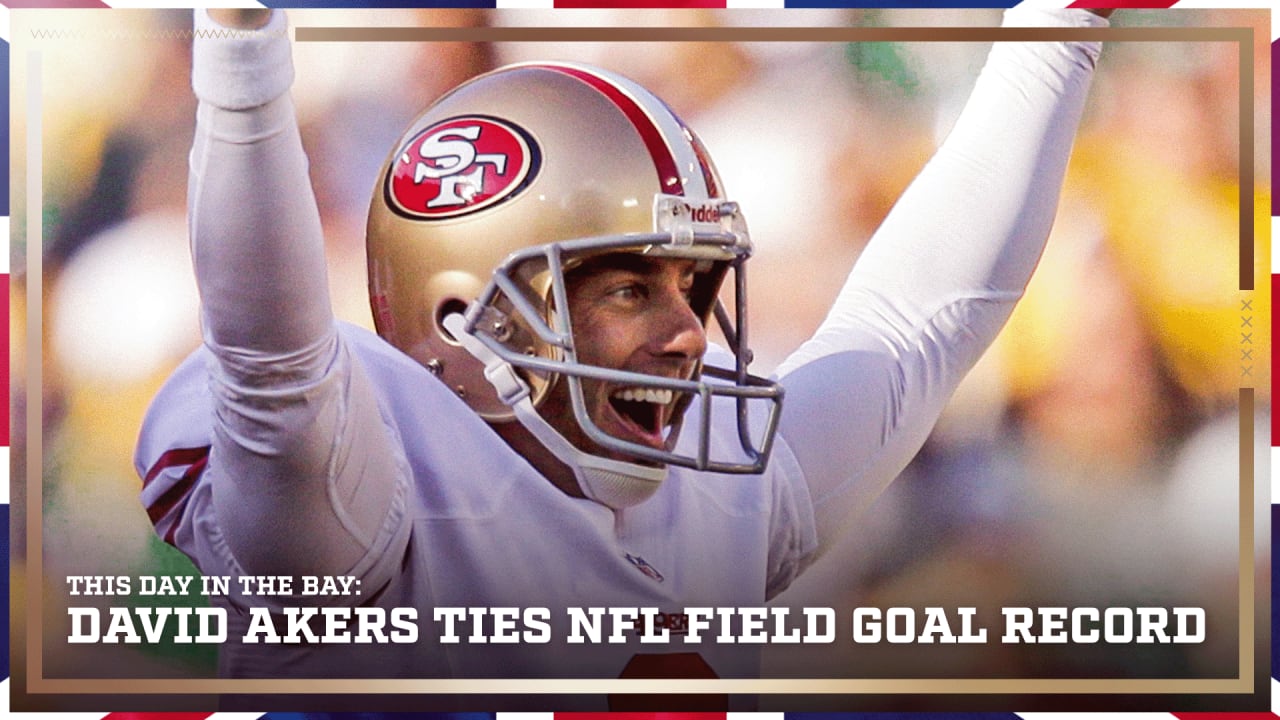 Akers’ kick came just before halftime at Green Bay’s Lambeau Field. It hit the crossbar and bounced through the uprights to stake the 49ers to a 16-7 halftime advantage. San Francisco went on to beat the Packers 30-22. Denver Broncos kicker Matt Prater broke Akers mark in 2013 when he kicked a 64-yard field goal. Akers played in San Francisco during the 2011 and 2012 seasons. He topped the NFL in scoring in 2011 with 166 points.