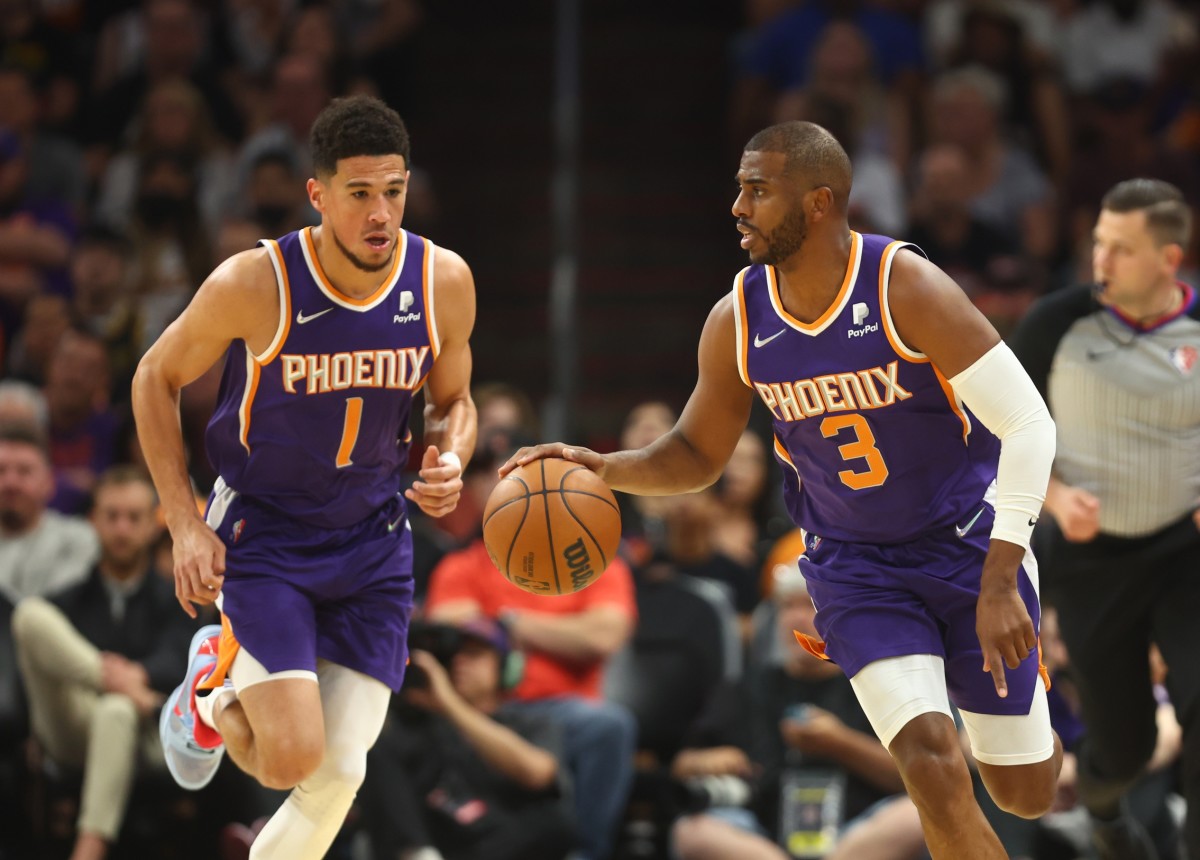 NBA 2K23 is finally here, and the Phoenix Suns have plenty of talented players in the game.

Of course, no player in Phoenix ranks higher than cover athlete Devin Booker, who is one of the few players in the league with a 90+ rating.

According to 2Kratings.com, the Suns are a Tier 2 team in the game with an overall rating of 82. Their best attributes are outside scoring (86), potential (84) and intangibles (81).

Individually, here’s where each player rates as the season begins.

Ratings are subject to change over the course of the season.

Where do Suns Classic Uniforms Rank in NBA?

Suns Rank at No. 7 in Future Power Rankings

Has Phoenix’s Best Chance at a Title Passed Them?