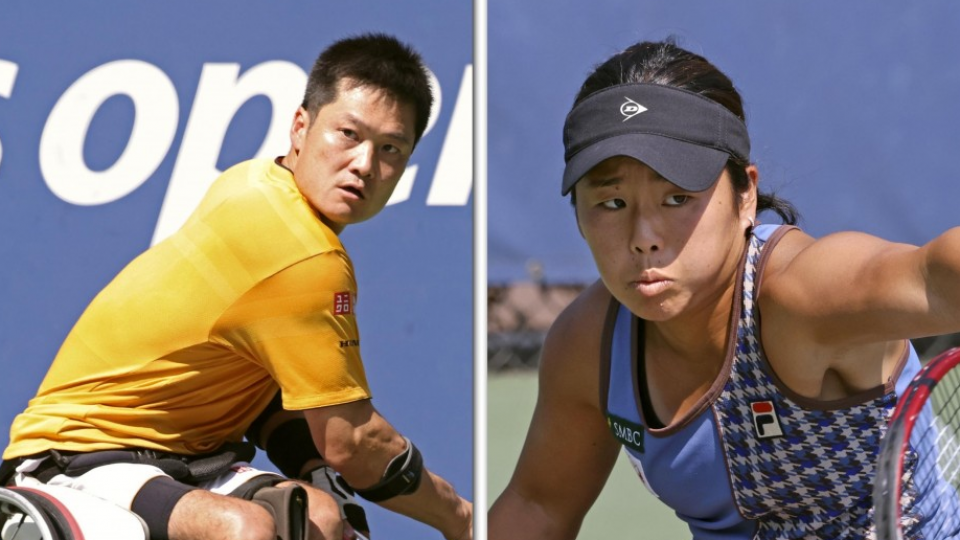 Japan’s Shingo Kunieda and Yui Kamiji reached the finals of the men’s and women’s wheelchair singles, respectively, at the U.S. Open on Friday after cruising to straight-sets wins in their semifinals.

Top-seeded Kunieda eased past compatriot Takuya Miki 6-1, 6-2 and is one win away from becoming the first player in the men’s wheelchair singles to complete the Grand Slam in a calendar year.

The 38-year-old nailed 84 percent of his first serves compared to Miki’s 58 percent, with his backhand winners also standing out.

“There was a unique atmosphere with the match being between two Japanese and it was difficult,” said Kunieda, who claimed his first Wimbledon crown this year and has won the last four Grand Slams.

Japan’s Shingo Kunieda is pictured in action during his semifinal win over compatriot Takuya Miki in the men’s wheelchair singles at the U.S. Open in New York on Sept. 9, 2022. (Kyodo)

Kunieda will face Alfie Hewett in the final. He is 15-12 against the Briton in his career and has won their last three meetings in the Grand Slams.

“I like pressure. Because I can feel even more joy afterward if I win,” he said. “(Hewett’s) returns are the best in the world of wheelchair tennis. Let’s see where I can make the difference.”

Second seed Kamiji beat Jiske Griffioen 6-1, 6-3 in their semifinal, setting up a final showdown with another Dutchwoman, top seed Diede de Groot, the winner of the last seven Grand Slams.

The 28-year-old Kamiji had to break back twice early in the second set but kept her perfect run of straight-set wins at the tournament. 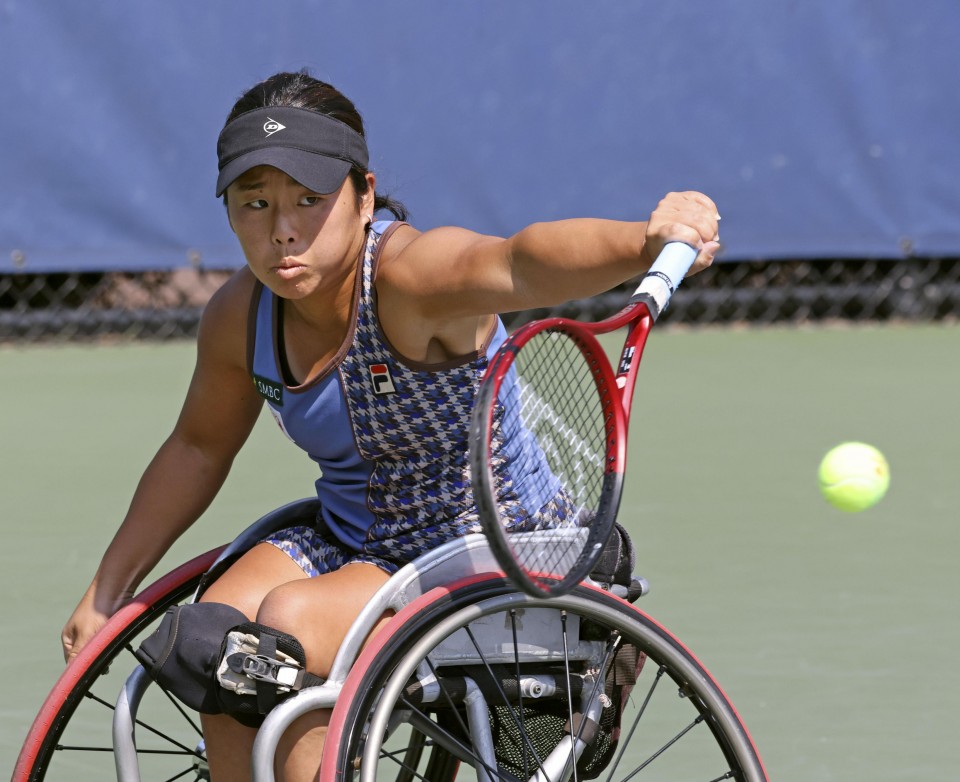 Japan’s Yui Kamiji is pictured in action during her semifinal win over Dutchwoman Jiske Griffioen in the women’s wheelchair singles at the U.S. Open in New York on Sept. 9, 2022. (Kyodo)

“I managed not to get negative and take risks,” she said of the set, before shifting her focus to de Groot.

Kamiji has not beaten the world No. 1 since February last year and has lost the last four U.S. Open finals to her.

“It’s not easy but I think there’s a chance to win if I can fluster her,” Kamiji said.