Lakers News: NBA Expert Wonders If A Team Should Draft Bronny James For An Old LeBron? – All Lakers 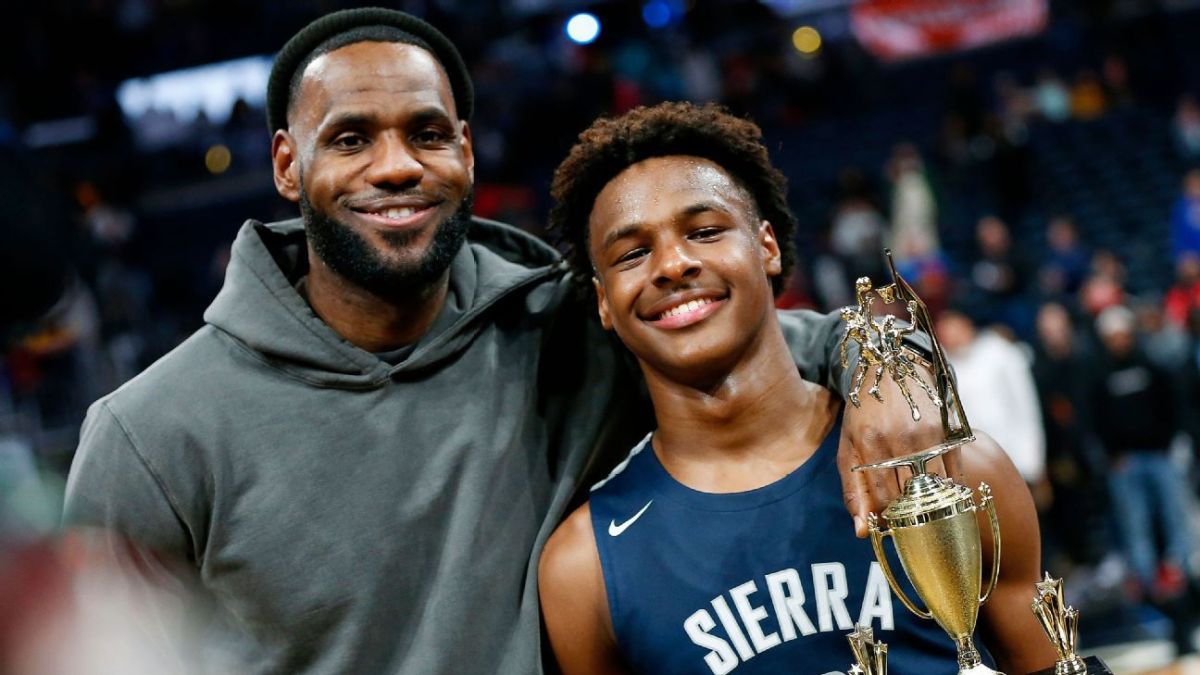 LeBron James has long stated that he hopes to play alongside son LeBron “Bronny” James Jr. on an NBA court, a feat never before accomplished by a player in the league. Bronny is currently a rising senior at Sierra Canyon School in Chatsworth. More recently, the elder James revealed in a recent Sports Illustrated cover story he also hopes to stick around in the NBA long enough to suit up next to his younger son, Bryce, as well.

In a recent episode of his podcast, The Ringer’s Ryen Russillo recently addressed the possibility that NBA teams, knowing LeBron’s interest in playing with Bronny, would decide to draft the 6’2″ point guard just for a chance to secure LeBron’s services, too.

As a warm-up, Russillo notes that the traditionally durable James, on the cusp of his 20th NBA season, has been missing more games to injury than ever before in his career, and suggests that could in part be a result of the 37-year-old’s aging. He wonders if James, ahead of what would be his 23rd season

“This has become the [Tom] Brady thing… I mean, 45 years old, are you f***ing kidding me? Yet in a weird way, I wonder if LeBron’s wear and tear is more damaging long-term because you still have to be so active running around a basketball court… But I don’t know if we’ve really talked about how many games LeBron has missed the last four years. We could say, ‘Hey, things have been weird,’ and that’s true. But [in] the last four seasons [all with L.A.] he’s missed 22, 15, 27, 26 games. So the slowdown’s already happening here.”

Russillo goes on to note that James’s normal counting stats are all fairly solid. When healthy last season, James was still performing at his traditional All-Star level. The 6’9″ forward averaged 30.3 points, 8.2 rebounds, 6.2 assists, 1.3 steals and 1.1 blocks a night. He also posted a fairly efficient slash line of .524/.359/.756. Russillo does note, however, that the former six-time All-Defensive Teamer has been relatively selective when it comes to exerting himself on that end of the court, often settling for the easiest matchup possible.

The Laker legend has been resistant to load management or a minutes reduction in the past. He averaged 37.2 minutes a game last season, just a minute less than his career average. He may want to consider adjusting that approach.

Bronny James is expected, at best, to be a late first-round pick in the NBA draft, Cleveland.com reporter Chris Fedor indicated on The Wine And Gold Talk Podcast. He will be first eligible one year removed from finishing high school, 2024. LeBron has an opt-out clause in his current Lakers deal that could allow him to become a free agent that summer, so theoretically he could decide to join whichever team drafts Bronny.

Check out the full clip below:

About halfway through, things get very interesting.

“When he was at the [2022] All-Star game and all of a sudden he’s just raving about [Thunder team president] Sam Presti… And it was solely because Sam Presti and the Thunder have a lot of picks moving forward. He was doing that hoping that the compliment would entice Presti to [say], ‘You know what, I’m going to take Bronny Jr.’ And then what is the goal? … So if you’re another team and you’re saying, ‘All right, in [2024] we can take his kid because we might get him,’ I still don’t know that LeBron, even after this [33-49] season, would want to miss out on a chance at a ring more so than he would to have the historic feat of playing with his son.”

In 2018, James prioritized the opportunity to play on what at the time was an L.A. club with lots of enticing young talent, but no extensive playoff experience, over joining a club that seemed championship-ready. It sure seemed like he wanted to join one of the league’s most historic franchises in a massive media market where he could expand his life beyond basketball. And after all, he did wind up bringing the team its record-tying 17th championship during his second season as a Laker. Might he prioritize something other winning a second time in free agency? Time will tell.