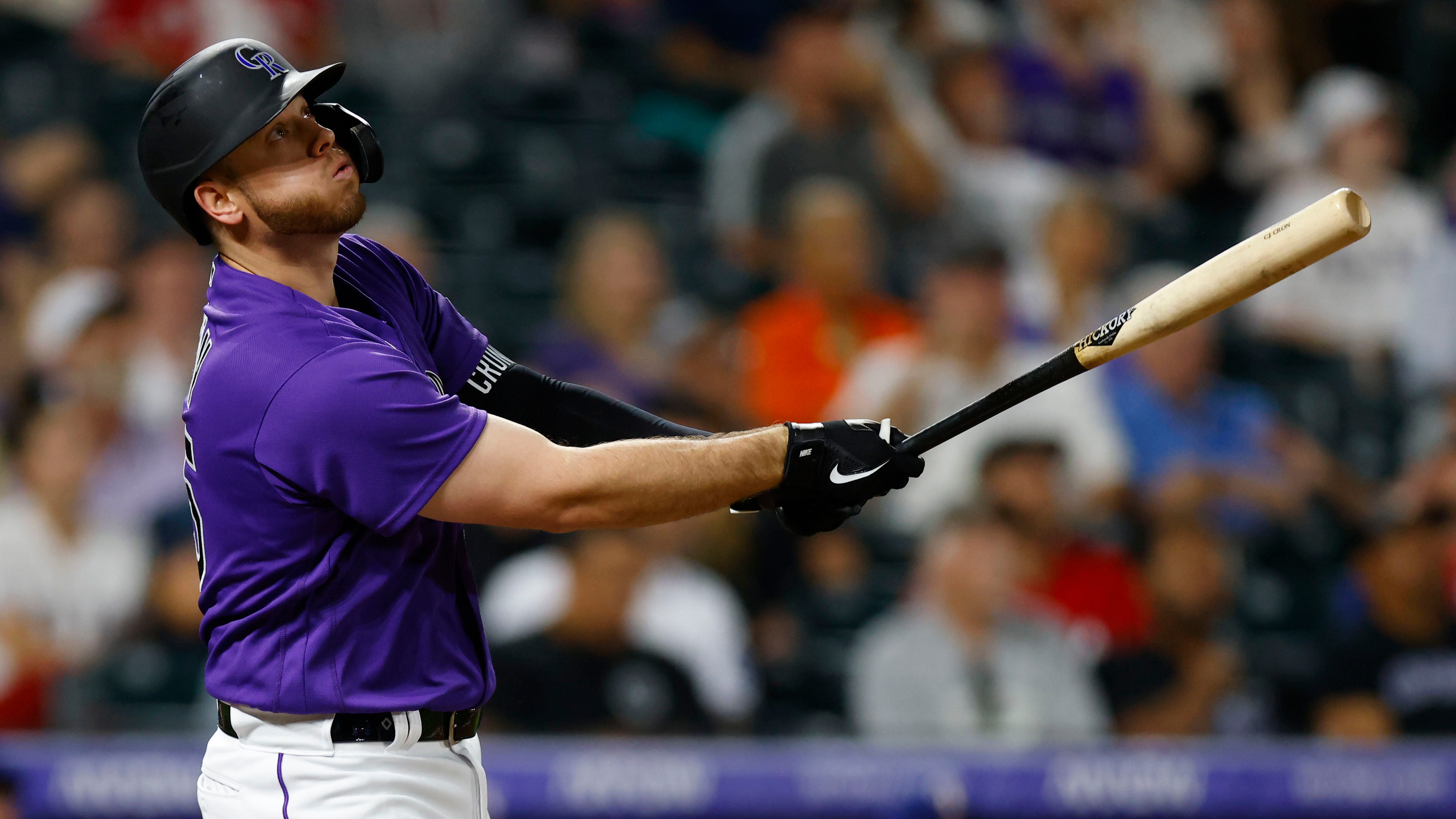 Coors Field in Denver has seen its fair share of moonshot home runs since it opened. But Colorado Rockies first baseman C.J. Cron hit one out Friday night that left the building.

Cron demolished a baseball 504 feet off Arizona Diamondbacks pitcher Keynan Middleton, and it didn’t just clear the left field bleachers. It disappeared into the Colorado night.

C.J. Cron of the Colorado Rockies is congratulated in the dugout after hitting a solo home run in the fourth inning against the Arizona Diamondbacks at Coors Field Sept. 9, 2022, in Denver.
(Justin Edmonds/Getty Images)

Nomar Mazara of the Texas Rangers hit one 505 feet in the 2019 season, which remains the longest-tracked homer in history.

Now, it wouldn’t be right if we didn’t mention the effects Coors Field has on the game of baseball. It’s a hitter-friendly park for a reason. The atmospheric pressure and density at Coors Field are, on average, about 20% lower than a ballpark that’s played at normal sea level.

C.J. Cron of the Colorado Rockies hits an RBI single during the fourth inning against the Atlanta Braves at Truist Park Aug. 30, 2022, in Atlanta.
(Todd Kirkland/Getty Images)

As a result, air resistance on baseballs is lighter, allowing the ball to travel farther.

Cron has taken advantage of that this season, earning himself his first career All-Star bid in 2022 with 27 homers on the year. He was hitting .265/.318/.481 heading into this game.

C.J. Cron of the Colorado Rockies watches his three-run home run in the seventh inning against the Texas Rangers at Coors Field Aug. 23, 2022, in Denver.
(Justin Edmonds/Getty Images)

With still some more regular-season games remaining, let’s see what other marvels these MLB players want to showcase on Statcast.

Scott Thompson is a sports writer for Fox News Digital.