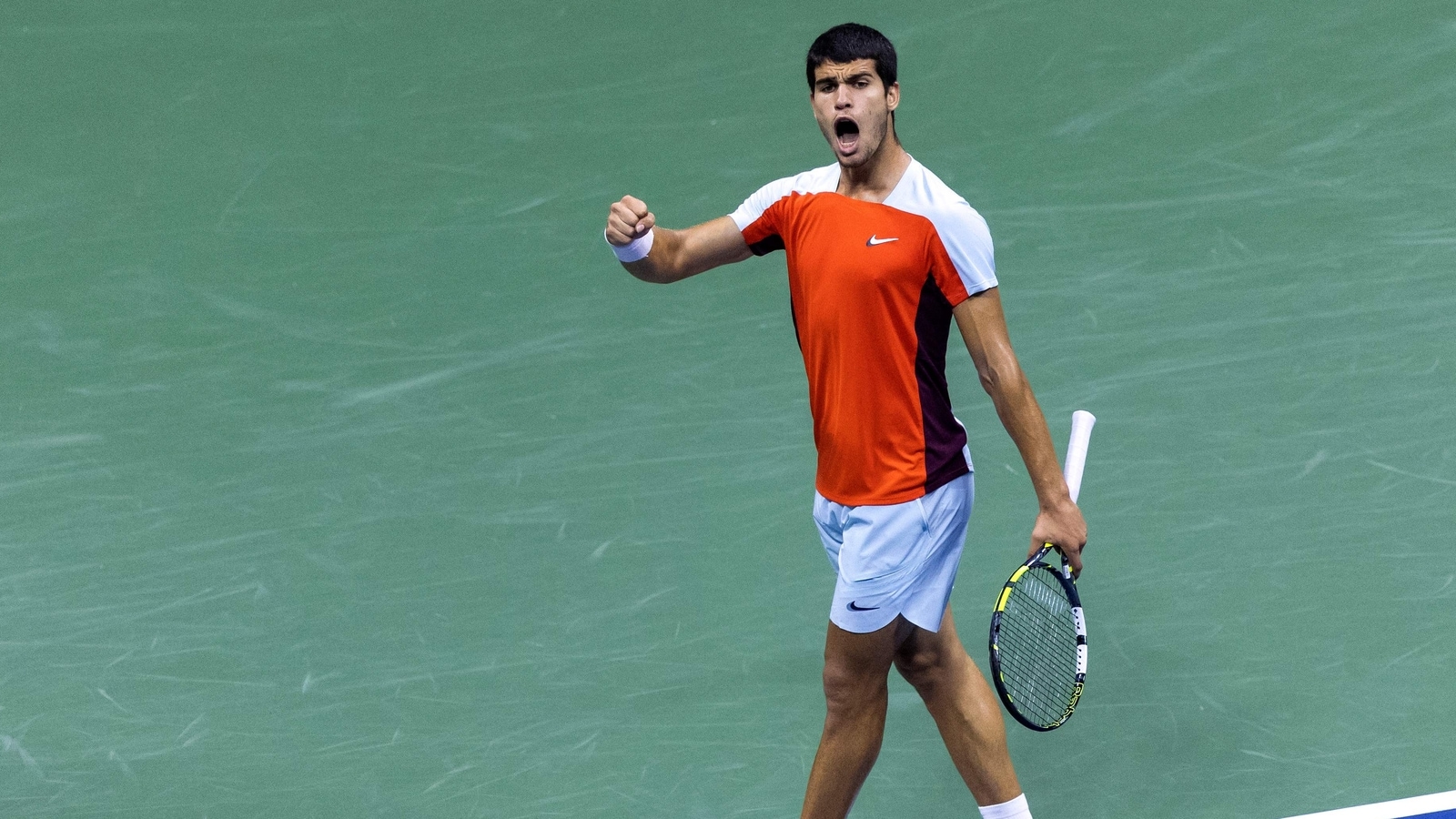 Carlos Alcaraz equalled a huge Rafael Nadal feat when he reached the semi-finals of men’s singles in the ongoing US Open 2022, becoming the first teenager to do so since the 36-year-old did so in 2005. He also became the youngest tennis player to reach the final of any Grand Slam event since Nadal achieved it at the 2005 French Open. The 19-year-old defeated Frances Tiafoe 6-7 (6), 6-3, 6-1, 6-7 (5), 6-3 on Friday night, at the Arthur Ashe Stadium, and will face Casper Rudd on Monday, 1:30 AM IST.

If he wins the US Open, Alcaraz would also become the youngest No. 1 in ATP history and also the first teenager to win a Major since Nadal in 2005. Becoming world no. 1, he would smash Lleyton Hewitt’s former record as the Australian was 20-years-old when he became world no. 1 in 2001.

Also Read | ‘It was impossible’: Rafael Nadal explains why he once declined to meet Queen Elizabeth II

“Frances gave everything on court. This is amazing.”

“It’s amazing to be able to fight for big things. First time in the final of a Grand Slam. I can see the No. 1 in the world, but at the same time it’s so far away.”