A Virtue For A Reason | LPGA 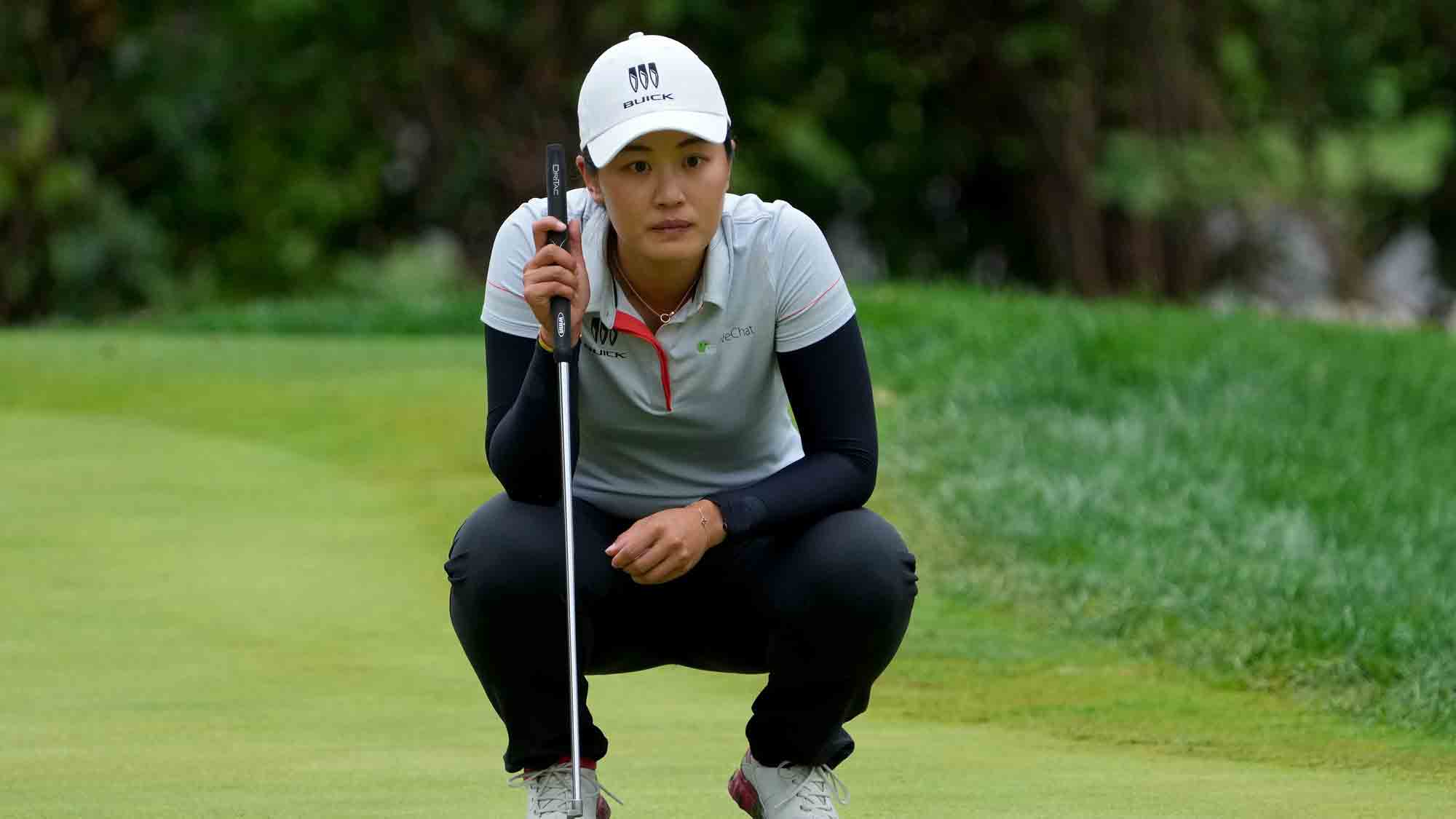 CINCINNATI, OHIO | Your grandmother probably told you that patience is a virtue. And there were probably times when you thought that even it was true, patience seemed vastly overrated. Whether at home or work, it’s hard to keep emotions in check when all the right things seem to produce all the wrong results.

In golf, expressions like “stick to your process,” and “stay in the present,” “let the game come to you” and, most of all, “remain patient out there,” are like the recipe of a magic potion: you want to believe it works, but without evidence, it’s hard to believe.

Those are certainly the feelings coursing through Xiyu “Janet” Lin at the moment. The 26-year-old from China is in her ninth year on the LPGA Tour and still winless despite some incredible golf. At the Kroger Queen City Championship presented by P&G, for the second time in her career, she shot 21-under par and lost. This time, Lin rallied from two shots behind third-round leader Ally Ewing to take a 1-shot lead through 8 holes. But then Ewing went on a tear with six birdies in eight holes, including five in a row, to get to 22-under par. Even the stellar birdie by Lin at the par-4 18th, the most difficult hole at Kenwood Country Club all week, proved to be too little too late.

She did her best to put a good face on it but hearing bromides about patience has to be tough.

“I think I stuck with my game plan,” Lin said. “I was very aggressive from the first hole. And I normally don’t set a goal, but I really thought today with a 6-under round that I would be pretty close. It turns out I shot 7-under and still lost by one. This is the LPGA. The girls are really good out here. I mean, Ally played absolutely amazing, especially her back nine. It’s incredible.”

If Lin can take comfort in anything, it’s that Ewing knows exactly how she feels. And she also understands that patience is a virtue for a reason: It’s hard. But, if you do the work and believe in yourself, patience eventually pays off.

“This year has been trying. It’s been a patience game for me,” Ewing said after collecting her third career victory on Sunday. “It’s been really tough for me mentally knowing that I’ve been hitting it so great. Seeing that stuff everywhere, seeing the stats, knowing I’m not hitting putts like I want to; (putting) just being the thing holding me back.

“But I didn’t shift or change anything. I didn’t start changing putters. I didn’t start doing anything crazy. I just trusted my process and trusted working with my coach. You know, couple weeks ago we pinpointed what we thought was the issue and why I wasn’t seeing a lot of consistency. I saw bits and pieces of it in Canada but didn’t put four rounds together there.

“Obviously here (at Kenwood Country Club), I just had it working and it was a lot of fun to finally put it all together.”

Patience is a marvelous ideal, but it is also aspirational. Frustration is a more common emotion.

Ewing understands that as well as anyone.

“I was definitely frustrated, but there is a line,” she said. “I think it’s okay to get frustrated at times, but that’s when you have to kind of pull it back and remain patient through the frustration.

“A lot of that was leaning on knowing that I’m still me and that all I’ve been carrying, the weight that I’ve been carrying with the putter and everything, was just one fraction away from getting it together with my coach and figuring out why I’m not hitting good putts.

“The second thing is just to get out of your way. You know, mentally I was probably in a headspace where I didn’t feel comfortable with the flat stick. In Canada started feeling more comfortable. Last week, in an off week, I felt good about it.”

It would have been easy for Ewing to lose that sense of patience and let frustration creep back in on Sunday. She did not make a putt in the first six holes, leaving at least three right in front edge of the hole. On the par-3 4th after leaving another one on the front lip, she swung the putter in what an observer might call frustration. But then she made a 6-footer for par on 7 and an 18-footer for birdie on 9. That’s when the floodgates finally opened.

“If I say I’m hitting a good putt, I just need to hit it a little bit harder, then I don’t lose confidence in that. For me, I just kept seeing the ball roll over the line that I kept putting down, and if I hit it a foot harder it goes in the hole.

“In those (first) eight holes (on Sunday) I didn’t see putts go in. I just kept trucking and my caddie told me, ‘You’re hitting good putts; keep trusting the process.’ We did that and saw them eventually go in.”

That’s the textbook definition of patience, mankind’s most difficult virtue. And also, when it comes, its most rewarding.