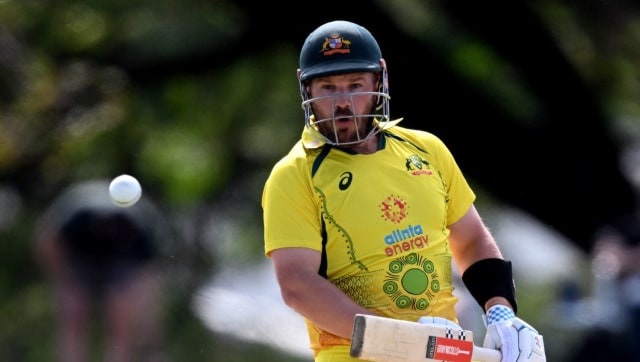 Toss report: New Zealand won the toss and opted to field in the third and final One-Day International against Australia in Cairns on Sunday.

The Black Caps will be playing for pride in the third and final game of their tour of Australia, having already surrendered the series following back-to-back defeats in the first two games. They were bundled out for a meagre 82 while chasing 196 to win in the second game to allow the hosts to clinch the series with a game to spare.

Moreover, the match will be a special one for the hosts given it’s skipper Aaron Finch’s final appearance in the ODI format. Finch, who had put himself under immense pressure with a lean run in the recent past, will be playing his 146th and final ODI for Australia.

Australia made two changes, bringing in Josh Inglis as Finch’s opening partner in David Warner’s absence and Cameron Green in place of Marcus Stoinis. The Kiwis, on the other hand, made three changes — Finn Allen, Glenn Phillips and Lockie Ferguson in place of Matt Henry, Martin Guptill and Doug Bracewell.

A portrait of Queen Elizabeth II was also on display on the giant screen at Cazaly’s Stadium in honour of the late British monarch, who died aged 96 on Thursday, 8 September.