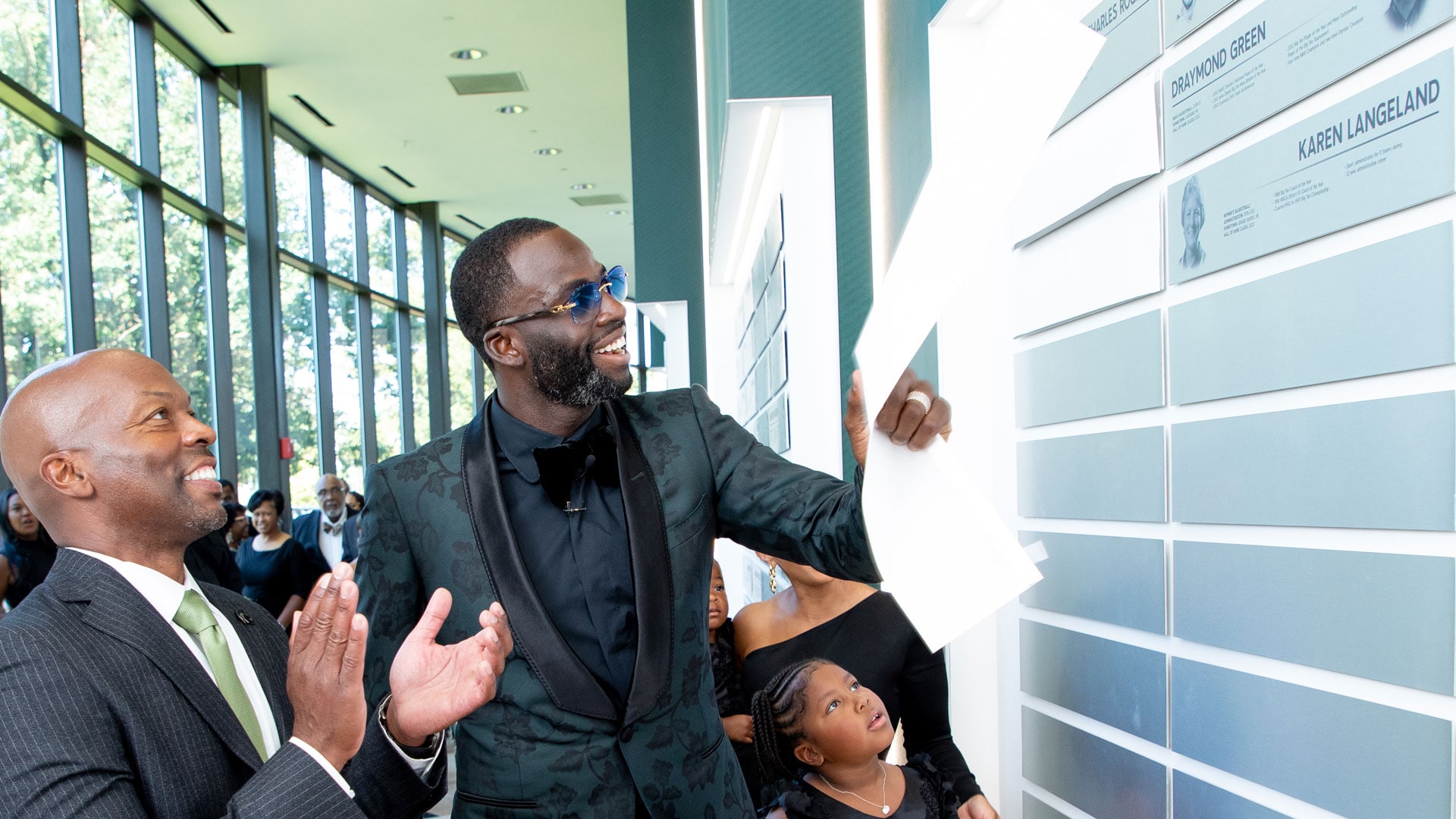 Green’s standout career at Michigan State laid the groundwork for the four-time NBA All-Star that Warriors fans have watched over the last ten seasons.

The Warriors point-forward made his return to East Lansing, proudly showing his family the place he called home for four years.

At the ceremony, Green revealed the Spartan Hall of Fame plaque dedicated to his tremendous tenure.

It was a full-circle moment for the four-time NBA champion, who brought the coveted Larry O’Brien trophy back to where it all began.

On Saturday, the Michigan State Hall of Fame Class of 2022 were recognized during halftime at Spartan Stadium during the MSU-Akron football game.

With the recognition, the four-time NBA champion and Michigan State alum is forever memorialized in the Spartan Athletics Hall of Fame.