Smith Solid In NFL Debut; But Will He Stay At LT? 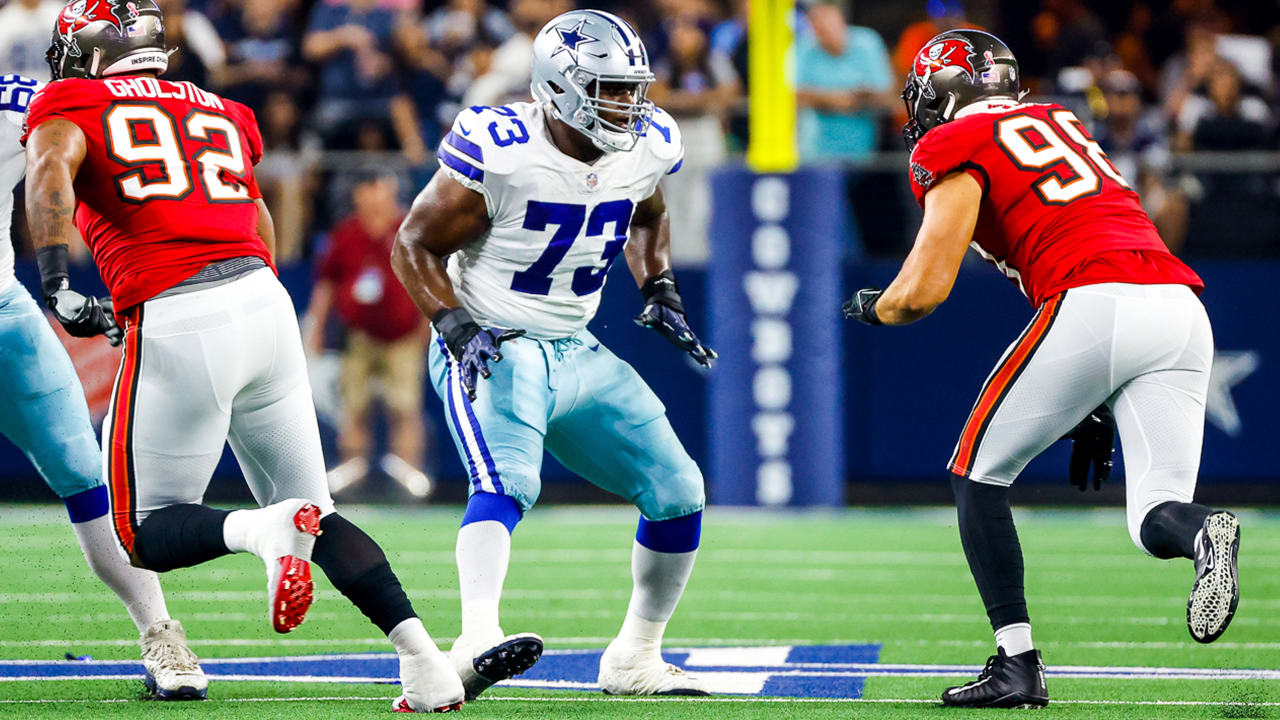 “It was extremely excited for sure,” Smith said. “I tried to stay in that neutral mindset. I knew there’d be ebbs and flows throughout an NFL game. But not every play would go our way. I just have to be tighter in terms of playing assignment-sound football. You got to be consistent in everything that you do. So definitely building that consistency.”

Smith’s first challenge in his first NFL start came on the very first drive of the game for Dallas when left guard Connor McGovern went down with an ankle injury, forcing Matt Farniok into duty.

“It was really tough to lose Connor,” Smith said. “For me it was a little tough because throughout the week we have built up our chemistry since I made my move back to tackle. That was huge because I got so used to being next to him and our communication. But Matt came in and did a great job.”

Of course, Smith was bumped to left tackle from left guard after Tyron Smith suffered his own injury in August. The Cowboys signed former Eagles’ tackle Jason Peters to the practice squad as depth and potential spot starter. Dallas might need the veteran tackle sooner than expected, however, as he continues to ramp up.

As for the younger Smith, he admitted that it was still a learning experience for him against a fast and veteran Bucs’ defensive line. But he also showed some aspects of why the Cowboys thought so highly of him with the raw physical attributes.

“Just the battle aspect,” Smith said when asked what he thought he proved. “Even if you’re fresh in learning a lot, just playing at 100%, being physical every single play finishing every single play, those are all things you can control.”

That level of play and mindset from Smith certainly caught the attention of Dak Prescott, who of course was dealing with the news of his thumb injury, but still gave a strong vote of confidence when asked about the performance of his rookie left tackle.

“He fought his ass off,” Prescott said of Smith. “Honestly him and Farniok as well, just getting in there and stepping up when they had to and when their number was called. They went out there and they fought. I’m proud of them and proud of the fight of all of those guys.”

The Cowboys are going to need that level of fight and determination moving forward from Smith and others moving forward. With the offensive line already on thin ice, the McGovern injury puts that much more emphasis on Smith potentially having to shift back to left guard and sliding Peters to tackle.

Whatever the case is moving forward, the Cowboys have to be encouraged by what they saw out of Smith. It might not have been pretty or perfect, but it was certainly one of the highlights of the 2022 season opener.