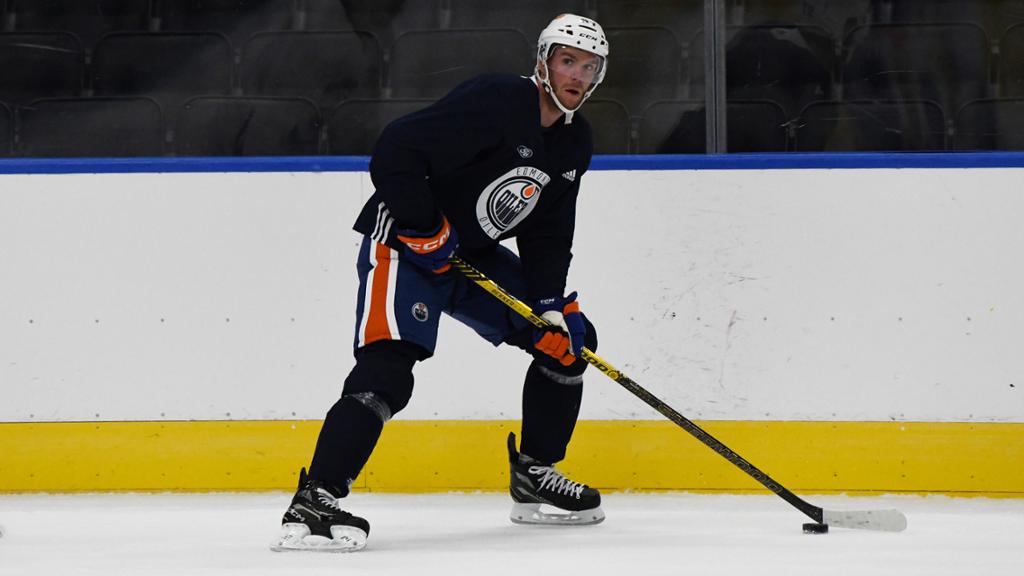 EDMONTON, AB – To Captain Connor McDavid, the excitement of the new NHL campaign is built on the hopes of improving on last season’s success.

While making it to the Western Conference Final can be seen as a major step forward for the Edmonton Oilers despite a four-game sweep at the hands of the eventual Stanley Cup-champion Colorado Avalanche, it will all be for naught if the club isn’t able to return to the heights of their best post-season result since 2006.

Nothing comes easy in a league as talented as this one, and this group has first-hand experience of the difficulties maintaining success year over year if you go back four seasons.

“There are lots of expectations this year, both outside and in the locker room,” McDavid said following Monday’s captain skate. “Obviously last year was a step forward, but we have to come in here and start all over again building on what we accomplished last year.

“Nothing’s for free in this league, we certainly know that, so I’m just excited to get things going.”

The Oilers captain is back in Edmonton well in advance of Training Camp along with nearly every other member of the Blue & Orange to participate in informal skates and build some early team cohesion prior to the official start to Camp later next week.

The benefits of getting to work early on the new season can pay dividends in the first few weeks with a strong start. The Oilers went 9-1-0 in their opening 10 games last year, providing plenty of early momentum but also serving as a buffer for a hard 15-game stretch where the club went 2-11-2 in December and January.

“It’s great to see everybody and having just a little bit of time before the season just to be out there with the guys,” McDavid said. “You saw today – a long scrimmage just getting everyone up and going.

“Camp is quick this year, so having everybody up right away is important. Starts are always important, we talk about it every year, so we really emphasize the start of the season. You see that commitment just with guys showing up.”

With plenty of the rookies also participating in informal skates prior to the start of Rookie Camp and the Young Stars Classic on Wednesday in Penticton, McDavid spoke to the importance of bringing the younger players into the fold early and building relationships early in hopes they can have an impact in years to come, or even, this upcoming season.

“I think just trying to build a connection with everybody,” McDavid said. “You never know who’s going to be the guy, right? It could be a mid-season call-up from the American Hockey League, and I think guys that go down need to know that their chance could be at any moment and that they need to come up and fill a role and do their job up here.

“It takes everybody. It takes a whole organization and it’s good to get everyone under one roof for a little bit here.”

The Oilers core that missed the playoffs the season after experiencing the highs of ’16-17 — including McDavid, Leon Draisaitl, Ryan Nugent-Hopkins and Darnell Nurse – know all too well that complacency stifle Edmonton’s progress towards winning a Stanley Cup.

“We really only won one more game than we did in 2017,” McDavid said. “Obviously it feels like we were closer last year than the previous year, but it’s just one win. We still have a long way to go, we know that, and it takes everybody and it takes all-season long.”

The core group has a lot more experience under their belt than they did four seasons ago, along with plenty of new and valuable contributors on and off the ice added to the group in the likes of Zach Hyman, Evander Kane, newly-acquired netminder Jack Campbell and more.

The expectation in the Oilers locker room of competing and winning for a Stanley Cup is becoming more and more of a foundational belief, and that’s being championed by the core players who’ve had their fair shares of success and failure in Edmonton together.

“I think it’s turning more into a culture,” McDavid said.

“It’s the same core guys each and every year that are setting the tempo, setting the pace, and kind of leading the way. I think that’s probably the biggest difference.”