RCR was not Kyle Busch’s first choice, but it may be his best 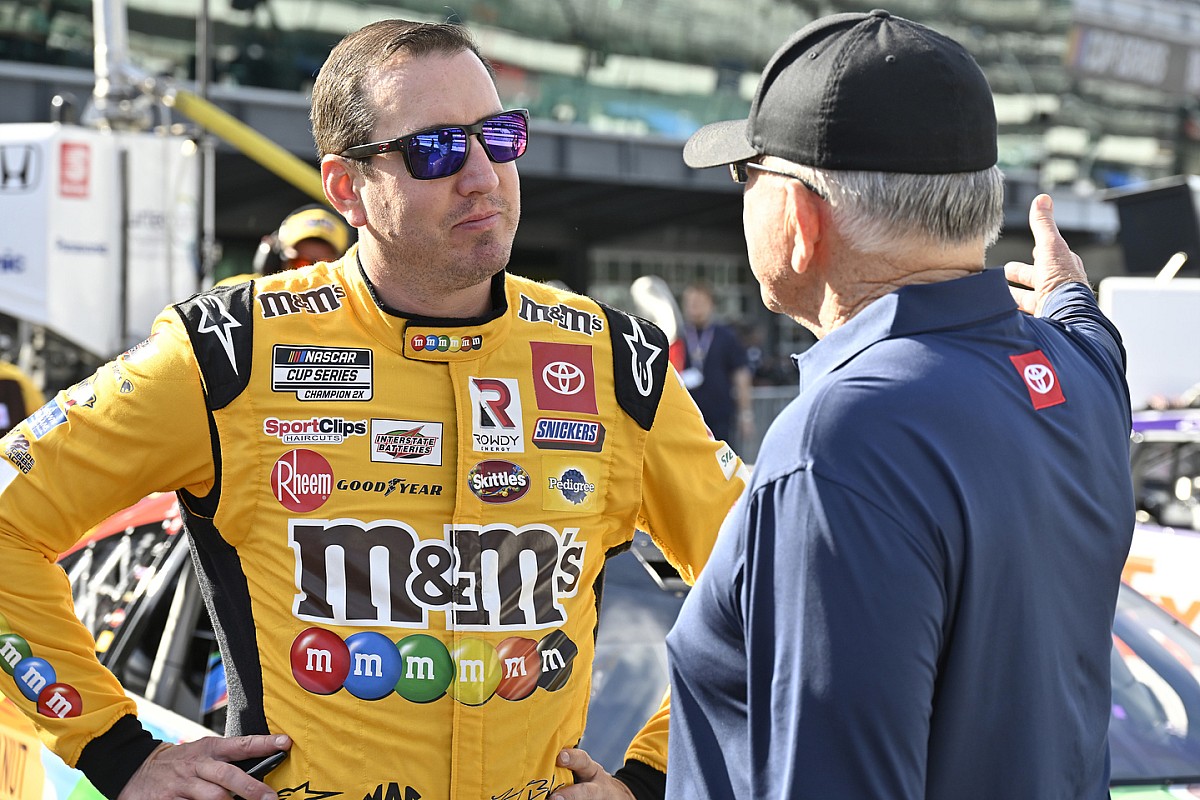 Had longtime sponsor Mars Inc. and its M&Ms brand decided to continue its NASCAR sponsorship rather than leave sport following this season, the final years of Kyle Busch’s Cup Series career would have likely played out as the last 15 – driving the No. 18 Toyota for Joe Gibbs Racing.

Certainly, there was the likelihood of many more victories to come – and perhaps championships – as part of an already Hall of Fame-worthy career.

But now faced with the reality of having to replace a multi-million-dollar sponsorship to cover Busch’s salary as a premier driver, JGR was unable to find come up with a comparable option, which forced Busch to explore avenues.

And as happened in NASCAR many times, the unlikely ended up becoming possible.

Busch, 37, announced Tuesday he would join Richard Childress Racing beginning with the 2023 season and drive the organization’s No. 8 Chevrolet as a teammate to Austin Dillon and – least for now – Tyler Reddick, who would have to move to a third as-yet undetermined team.

RCR earlier this season announced it had picked up the 2023 option on Reddick’s contract to drive the No. 8. Shortly thereafter Reddick informed RCR he would join 23XI Racing in 2024.

Reddick’s early announcement of his 2024 plans did not sit well with RCR and it’s no wonder why. Reddick has demonstrated to be one of the best up-and-coming talents in the Cup Series, earning his first two series wins this season.

The next RCR champion?

So RCR, which last won a Cup Series championship in 1994 with late Dale Earnhardt, turned to an equally controversial NASCAR star to help keep its organization on the upswing.

It didn’t take long for Childress, who was present at the NASCAR Hall of Fame in Charlotte, N.C., on Tuesday for Busch’s announcement, to bring up the comparison.

“When I was up there with Kyle and we first started talking and we talked about championships and we talked about winning races, I looked at him in his eye, and I had seen that look in Dale Earnhardt Sr.’s eye that he’s hungry – we’re going to win,” Childress said.

“I’d seen that look before, and watching Kyle, I’ve watched his talent since he started in the Busch (now Xfinity) Series, and just how he handles the car, the car control, the way he drives the car and take-no-prisoners attitude.

“That’s the Dale Earnhardt-style I was accustomed to racing with, and I think Kyle has that modern-day style of racing that Dale Earnhardt had in his time.”

Asked what he thought about the comparison to Earnhardt, Busch said, “Certainly, it’s flattering.” But also pointed out there is only one Dale Earnhardt.

That is true just as there is only one Kyle Busch and that may be exactly what RCR needs right now.

Busch said his top priority as far as the continuation of his Cup career goes was to find an organization where he could win and compete from the start.

It’s a little late in his career for Busch to become a building block of a new organization and frankly with him still on top of his game, it would be a waste of talent to do so.

In recent seasons, RCR has returned to a team that can wins races – even more so this year with the debut of the Next Gen car.

That was enough for Busch.

“When we first sat down and had discussion about this opportunity, it was easy,” Busch said.

“Just seeing their overall culture – being around Richard, talking with Austin (Dillon) and having the chance to just look at the whole picture of what’s going on with RCR as of late, and I felt like it was a no-brainer.”

To get to this point, Childress and Busch first had to overcome some of their own rocky NASCAR history.

In 2011, Childress, as part of a physical altercation in the garage at Kansas Speedway, took off his watch and then punched Busch. NASCAR fined Childress $150,000 and placed him on probation for the rest of the season and so was created the “Hold My Watch” incident.

But as they say, time heals all wounds.

As a “signing bonus,” Childress on Tuesday presented Busch with a new Rolex.

“Will you hold my watch?” Childress asked Busch as he presented the gift.