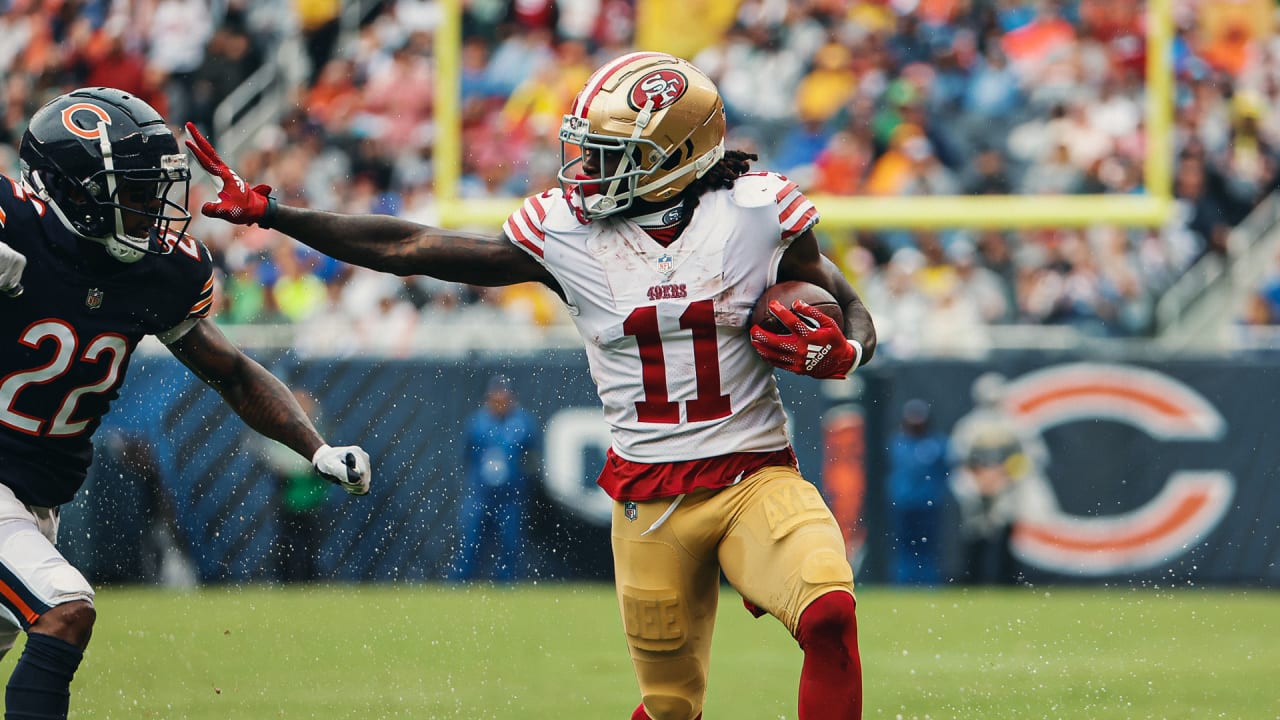 The San Francisco 49ers were up against the Chicago Bears and a brutal summer storm in Week 1, ultimately falling short 19-10 in the regular season opener. While the loss was not the way the team had hoped to start the 2022 NFL regular season, head coach Kyle Shanahan and the team enter Week 2 with extra motivation to turn things around at home versus their NFC West rival, the Seattle Seahawks.

One of the adjustments the 49ers will have to make in preparation for Seattle involves a personnel change—per Shanahan, San Francisco is expected to be without its top running back in Elijah Mitchell after suffering an MCL sprain in Sunday’s contest. The second-year RB has been placed on IR and is the lone, long-term injury coming out of the season opener. Shanahan is hopeful that Mitchell is the only key playmaker sitting out in Week 2 with the return of tight end George Kittle still being a possibility.

After a hard-fought battle at a rain-soaked Soldier Field, here’s a look at the latest NFL power rankings from several national outlets heading into Week 2:

“It’s hard to tell how good (or not) they are based on a game played in a swamp.”

“Trey Lance once again flashed playmaker chops with his legs… The miserable conditions in Chicago demand a halt on any rush to judgment on the offense. A disappointing start no doubt, but let’s see what this team looks like this Sunday against the Seahawks.”

In a separate NFL.com article, NFL analyst David Carr discussed the offenses around the league expected to bounce in Week 2. The 49ers were highlighted as a team to be redeemed this week.

“The run game will get better when Kittle returns, and with as many times as Shanahan has plugged in no-name running backs into his offense, I’m not sweating the run game with Jeff Wilson and others in tow,” NFL analyst David Carr wrote. “The pass game wasn’t pretty Sunday but it’s extremely difficult to get the downfield passing game going in the rain. I’d challenge anyone to go to their local sporting goods store, buy a football, place it under a garden hose and then try to throw it … anywhere. It’s tough. Lance had some tough moments in Sunday’s loss, but the next few weeks will give us a better picture of what this offense is going to look like. “