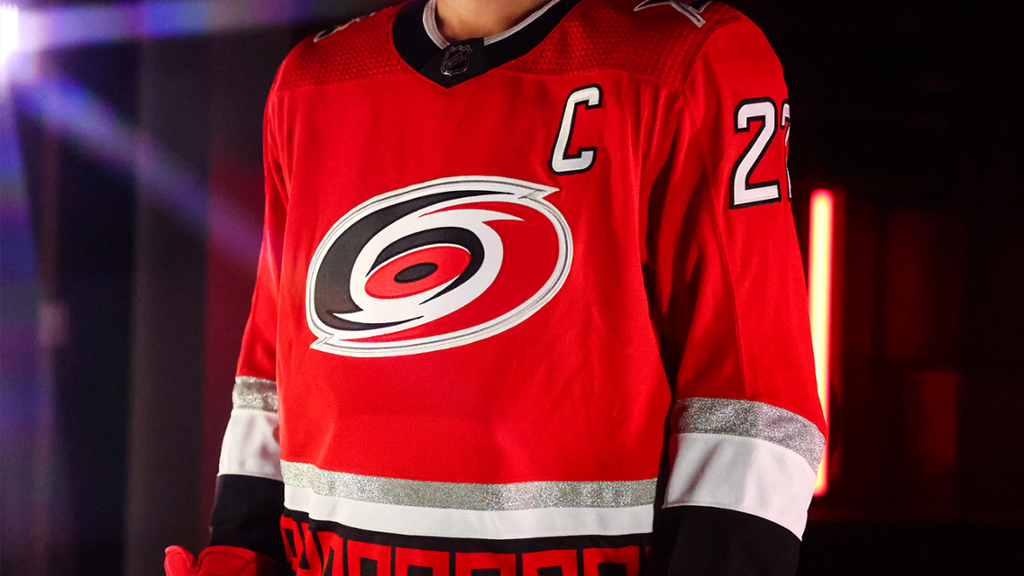 RALEIGH, NC. – Last month the Carolina Hurricanes announced that for the first time in team history they’d be moving to black as their primary home jersey color.

While what had been their alternate sweater was wildly popular amongst the fan base, many were left wondering about what role the color red would play in the team’s wardrobe moving forward.

Thursday that question was answered, as the team revealed a new red alternate sweater just in time for their 25th anniversary season – one similar to the garb worn during their 2006 Stanley Cup victory.

“In celebrating our 25th anniversary in North Carolina, we felt there was no better time than now to honor our past and blend it with a modern adidas cut by introducing our vintage-inspired red jersey which will serve as our third jersey this season,” Canes Chief Marketing Officer Mike Forman said. “Our fans often note that this sweater is the organization’s most iconic and was highlighted by hoisting the Stanley Cup while wearing it in 2006. With the move to make our current black sweaters our primary home uniforms, the addition of this year’s vintage-inspired jersey has allowed us to round out our primary uniform collection consisting of our home black, road white and third/anniversary red. We hope our fans are as excited as we are to see these back on the ice this year.”

The uniform noticeably also reincorporates silver, a trim color that was featured from 1997-2013. The back of the sweater also utilizes a curved pattern below the player numbers, a detail that was introduced to Hurricanes jerseys for the 2017-18 season.

Justin Williams, who wore the first edition of the red jersey as a player, sees it as a blending of the organization’s formative years coming together with the present.

“It gives you a second to reflect and look back on the organization’s history, plus it certainly goes with the times right now,” the team’s Special Advisor to the General Manager offered. “It makes me think of 2002. Even though I wasn’t on that team, I remember them wearing those uniforms and it was kind of their coming out when they made the Stanley Cup Finals for the first time. Now our organization has evolved into a team that competes every year. The logo really means something and that’s what we’re going for.”

The team is scheduled to wear the new jerseys 12 times this upcoming season. A full uniform schedule will be released soon.