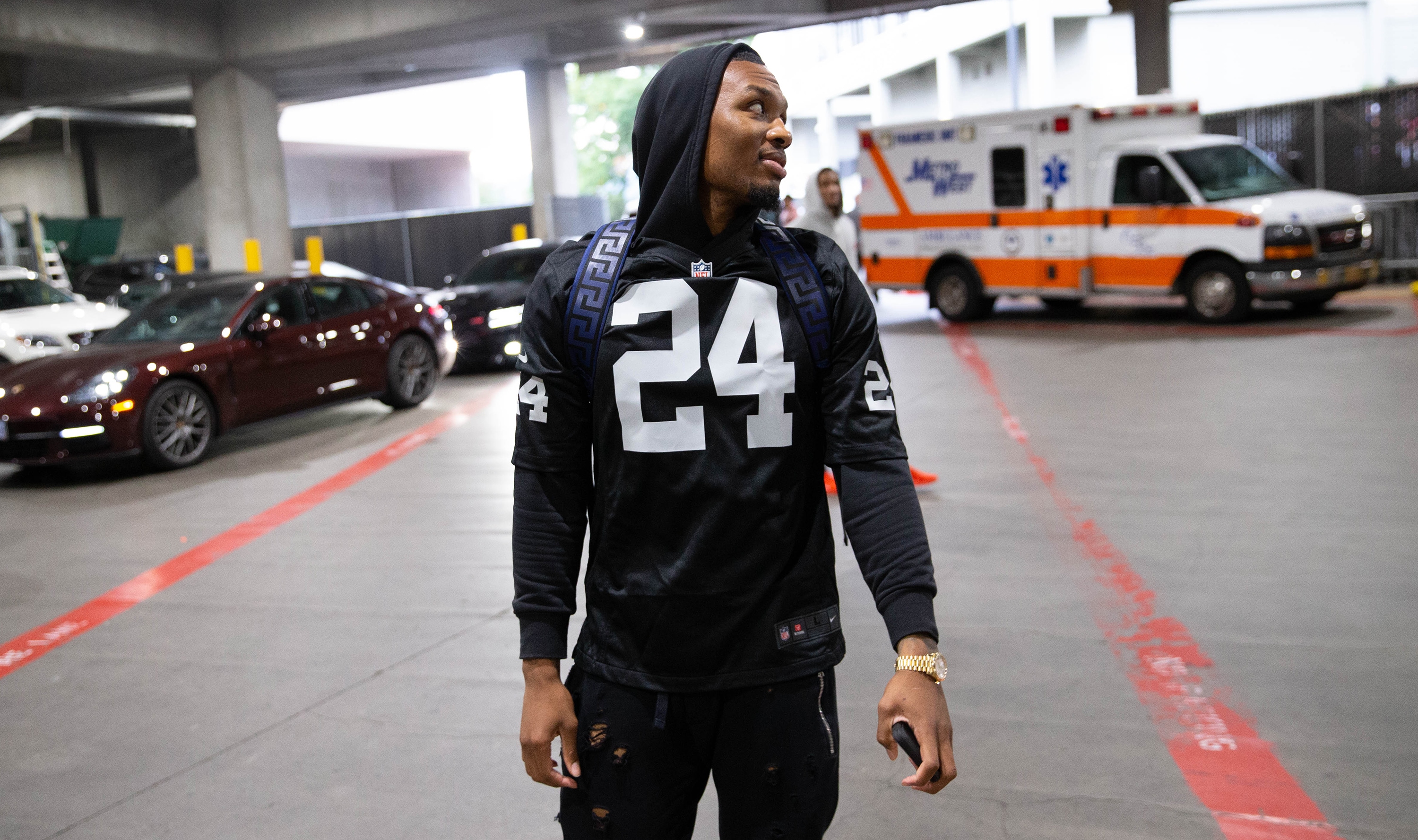 Trail Blazers point guard Damian Lillard, who signed an extension this summer that runs through the 2026-27 season, was recently a guest on The Dave Pasch podcast, the result of which was a fun conversation touching on a host of topics.

They talk NFL — Pasch, amongst other duties, is the play-by-play announcer for the Arizona Cardinals, who face Lillard’s Las Vegas Raiders this Sunday — boxing and trips to Disneyland before moving on to some Trail Blazers talk. Some of the highlights…

Damian Lillard: “Yes, I do (plan on being a Blazer for life). I’ve had my share of people saying ‘Man, you got to get out of there! You’ve got to do this, you’ve got do to that.’ But I’m the type of person that I’m never going to be marching to the beat of nobody else’s drum. I’m gonna always do what I feel like is in my best interest and that I really feel in my heart. I’ve said this on many different occasions, they call it ‘He’s being loyal!’ and ‘Loyalty this, loyalty that’ and I’m like, I’m naturally a loyal person but I do have a level of loyalty to the organization, but this loyalty that they’re talking about is ultimately to who I am as a person. I’m being loyal to who I am and not getting beside myself because I’m somebody that, I believe what I believe. I think I can get it done. Now, everybody else might say ‘There’s no way the Blazers will ever win. They need to do this, they need to do that.’ But that’s just not how I feel about the situation. I feel like we’ll have a chance to win, I feel like that moment is going to come, I feel like that opportunity is going to come. And that’s that.”

Damian Lillard: “Just being back, we had a lot of guys back early, so we’ve spent a decent amount of time together and I’ve gotten to see growth from a lot of our guys. I’ve gotten to get to know guys a lot better to, I guess, just gauge what I feel like we can get out of them, what guys can actually bring. I feel like, when you learn about who people are, you learn a lot of things you really need to know. If you want to be a successful team, the personalities and who people are on the inside counts. Since I’ve been able to see that, how hard guys work, to get to know who they are as people. And then we get some of our newer guys in. We got Gary Payton in, we got Jerami Grant in, Ant (Simons) is looking ready to explode. I’m feeling healthy, we got Josh Hart back, we got our seventh pick in the draft, Shaedon Sharpe, who’s all-world talent, Nas Little coming back off injury feeling healthy. Trendon Watford, who was undrafted and ended up getting a guaranteed contract, and now he’s one of those do-it-all type of players with great feel and a good teammate, he can shoot, he can pass, understands what’s going on. Nurk! We got a lot of guys that, I feel like we have the makings of being a good team. Whether or not we’re going to be a great team, things have to go well, you need some favor, you need a little bit of luck and you got to be a team that’s not fun to play against. We’re going to have to grind it out and go take stuff, but I love where we are right now. In this moment, I love where we are.”

Go ahead and listen to the whole thing. Training camp starts September 26.