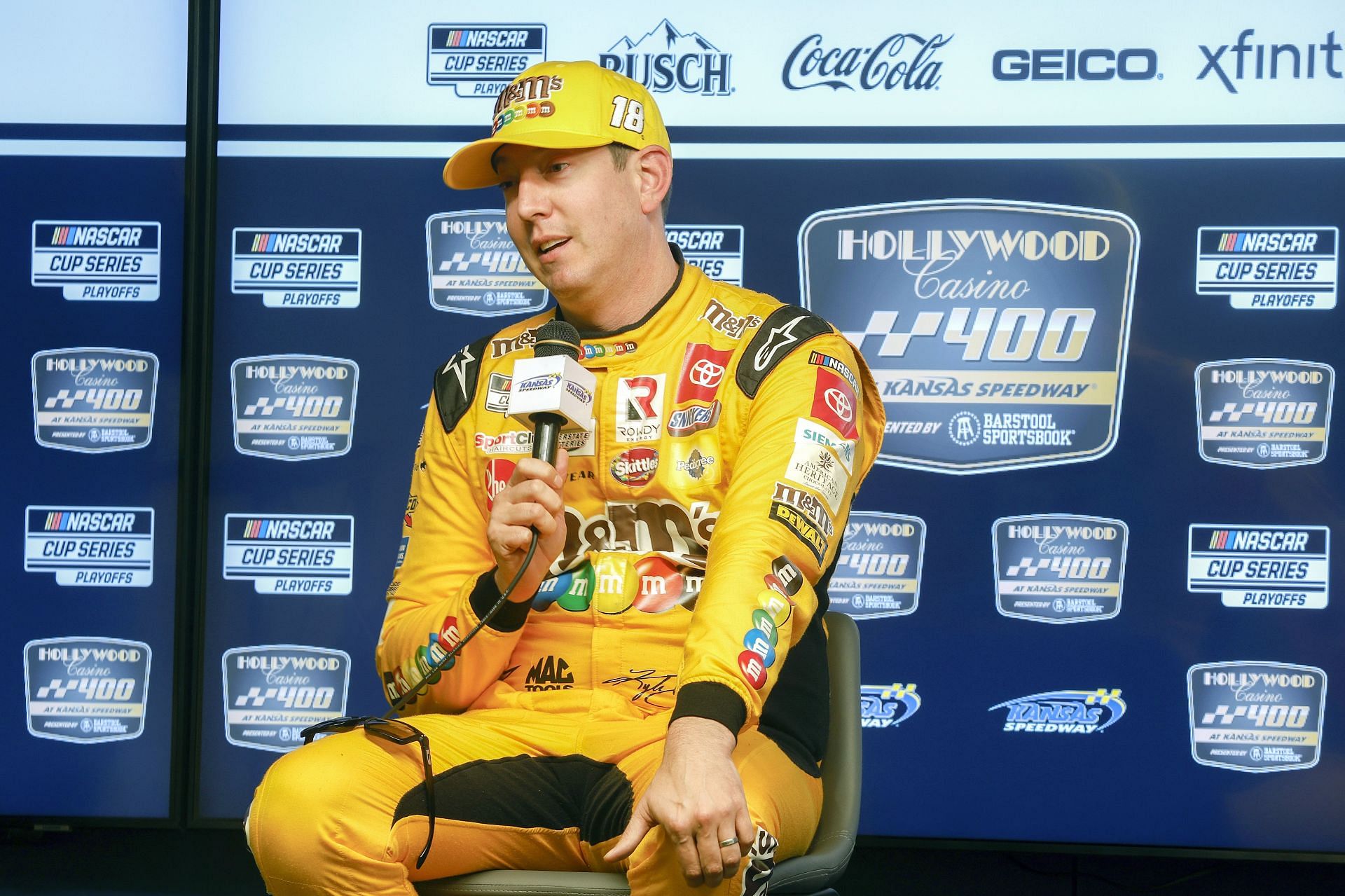 Kyle Busch was one of the most successful drivers during the regular season, scoring 13 top-ten finishes and a win. The two-time Cup Series champion entered the playoffs as one of the top contenders despite having a series of challenging races before the commencement of the playoffs at Darlington.

Despite being one of the top-notch drivers in the playoffs, Kyle Busch is still struggling to earn a strong finish in the playoffs to increase his chances of proceeding to the Round of 12.

Heading to Bristol this weekend, Busch hopes to get back to victory lane. And with Bristol being one of his favorite tracks, he believes this is his time to shine. Busch hopes to earn a strong finish and proceed to the next round. Speaking to the media earlier this week, Kyle Busch said:

“I would like to get back to victory lane at Bristol, no doubt. We’ve had some decent runs there the last several years and hope we can do the same there this year. We were obviously there earlier this year but that was a completely different kind of race on the dirt surface, but never hurts to get a win there no matter what the surface looks like”

He went on to add,

“There are a lot of unknowns going into this race since there hasn’t been a race with the NextGen car on the concrete surface, so a lot of unknowns, for sure. It’s always a great racetrack to circle on the calendar and know it’s a time when we can shine. We also have M&M’S on board again this weekend, so hoping we can have a solid finish and get us through to the next round.”

Following back-to-back poor results, Kyle Busch is now sitting below the Round of 12 cutline, meaning if the Round of 12 were to be held today, Busch would be among the drivers who will be eliminated from the playoffs.

Regardless of the hard work, the last two playoff events in Darlington and Kansas weren’t as productive as Kyle Busch had hoped. He seemed to have a solid day until the last minute in the Darlington race, where the playoffs kicked off.

The Joe Gibbs Racing driver dominated the race, leading a race-high of 155 laps, and the victory lane was too close to him when his car’s engine failed with only 23 laps to the finish line.

Kyle Busch on coming so close but having an engine failure end his night 23 laps early.

Kyle Busch on coming so close but having an engine failure end his night 23 laps early. https://t.co/UtEdLWMkpQ

Following the engine issue, Kyle went home with a 30th place finish and collecting only 25 points. Last weekend in Kansas, he was hoping to bounce back and sit in a good position to proceed with the Round of 12.

Despite his efforts, Busch spun through the infield grass, where his car sustained severe damage and was out of contention. Before this disaster, Busch ran into the top-five position before a pit-road penalty relegated him to the rear of the field.

He currently sits 13th in the playoffs. Earning his 9th win at Bristol will add him to the short-list of NASCAR Drivers to achieve this at Bristol and earn him a direct ticket to the Round of 12. His playoff run will end if he finishes poorly in Bristol.