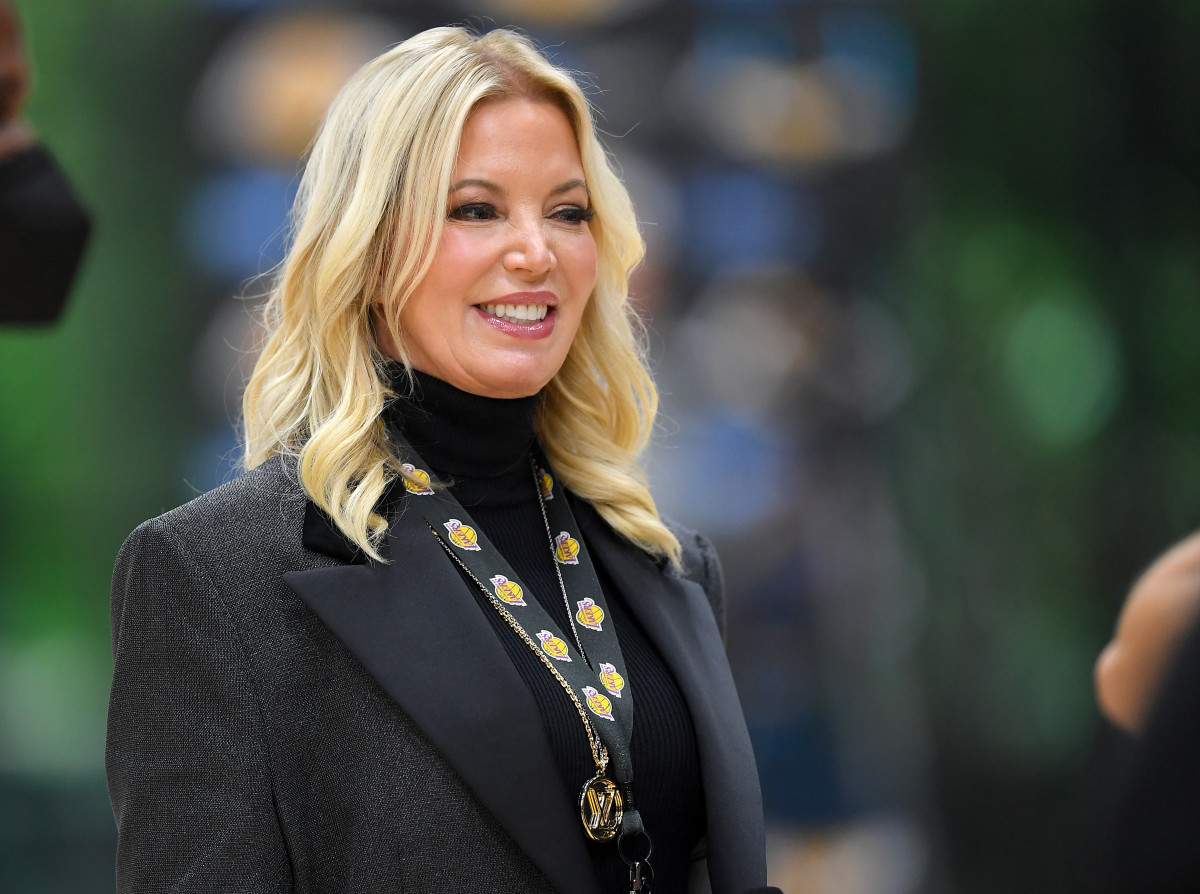 Per Jessica Golden of CNBC, the various NBA team owners first got together for a dinner ahead of various league meetings in New York, and discovered their mutual affinity for tequila.

It’s fascinating that Buss is friends off the court with two of the folks behind her Lakers’ single-greatest foe on it, the Boston Celtics. Boston and L.A. have faced off a league-record 12 times in the NBA Finals dating back to 1959. Thanks largely to Bill Russell, the Celtics boast have won nine of those series (seven with Russell). Both franchises are currently tied with 17 NBA championships.

Back when Jeanie Buss’s father Dr. Jerry Buss owned the club (and Jeanie worked under him), a Michael Jordan-led Chicago Bulls obliterated a Magic Johnson-led Lakers franchise 4-1 in the 1991 NBA Finals, during Magic’s last championship appearance as a player. The Charlotte Hornets as a franchise have never played against the Lakers, having never advanced out of the Eastern Conference to the Finals. In fact, the Hornets have never advanced out of the second round of the playoffs!

As far as the Bucks, they have only faced off in three postseason series, back when Milwaukee was in the Western Conference. Led by then-Buck Kareem Abdul-Jabbar and Oscar Robertson, the 1971 Bucks beat a Lakers team led by Wilt Chamberlain, Jerry West, and Elgin Baylor 4-1 in the Western Conference Finals en route to their first NBA title. The Lakers (with Baylor having retired early in the season) returned the favor at the same point of the playoffs, winning 4-2 and advancing to the Finals for their lone title of the West era. The Bucks would beat the Lakers again in 1974 during the Western Semis, before ultimately falling to the Celtics in the Finals. Really, despite Milwaukee owning a 2-1 postseason series record, the Bucks probably have more reason to take issue with the Lakers, given that Abdul-Jabbar eventually forced his way to L.A. via trade in 1975. The Hall of Fame center would win five of his six titles and three of his MVP trophies as a Laker.

Golden reports that the multi-award-winning Cincoro brand has sold 1.5 million bottles stateside during its three years of existence. According to Golden’s research, the brand numbers among the top 20 best-selling brands in the tequila category.

The newly-launched Cincoro Gold reportedly combines its four predecessors’ flavors together for its own unique cumulative taste.

As we previously reported, Buss is also launching her revival of the all-female franchise WOW – Women Of Wrestling in syndication this weekend. Next week, the seventh episode of her surprisingly honest documentary series “Legacy: The True Story Of The L.A. Lakers” will premiere. On September 27th, her Los Angeles Lakers will open team training camp. And at some point in the near future, a new, fictionalized Netflix sitcom loosely based on her life from Mindy Kaling will be premiering.

When does Jeanie Buss sleep???