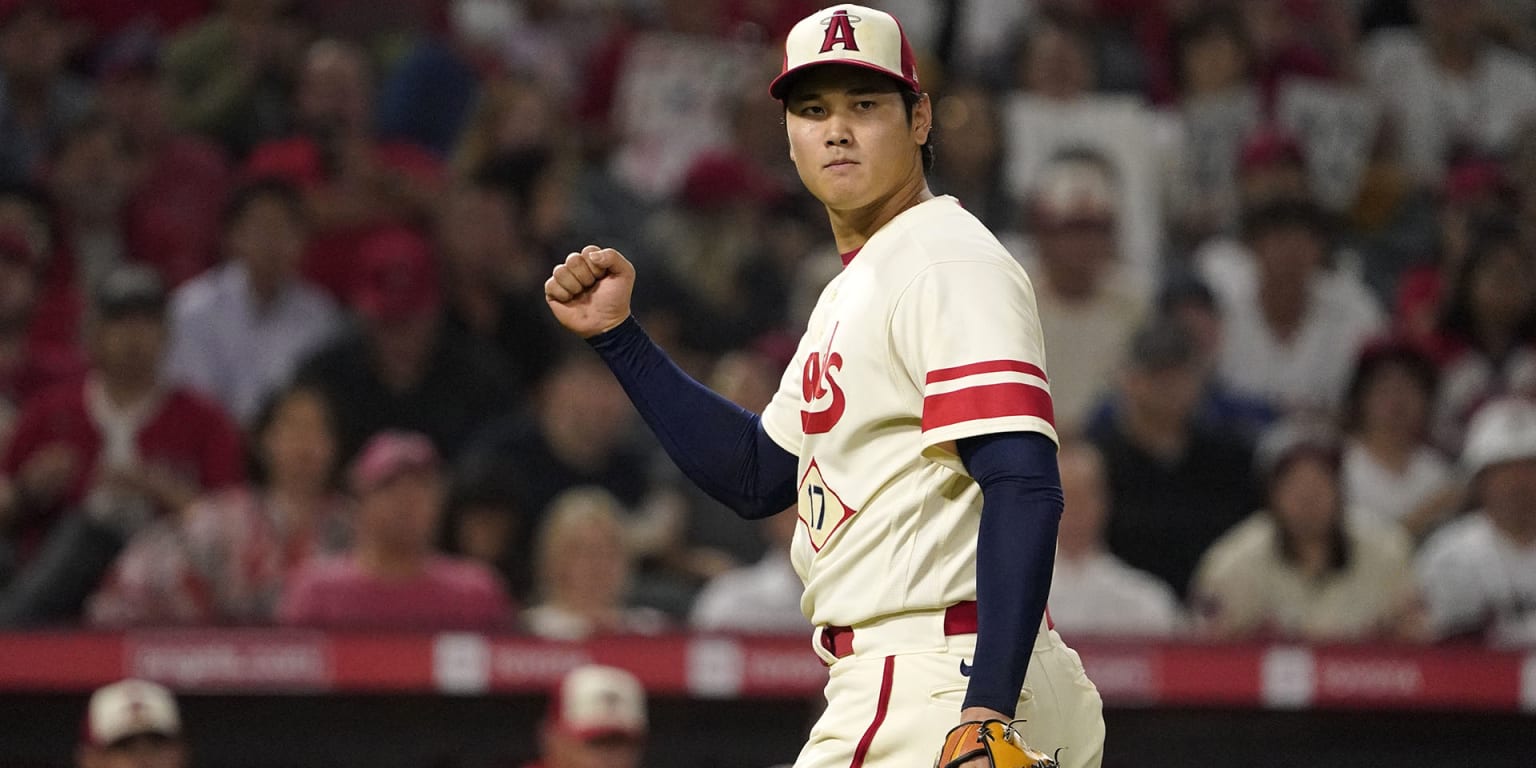 Two-way superstar Shohei Ohtani turned in perhaps the best pitching performance of his career, falling just four outs shy of a no-hitter to help the Angels to a 4-2 win over the A’s at Angel Stadium to complete a three-game sweep. Ohtani walked Tony Kemp to lead off the game, but didn’t allow a hit until a two-out single from Conner Capel in the eighth inning. He struck out 10 over eight scoreless innings and also went 2-for-4 at the plate with an RBI single in the first to extend his hit streak to a career-high 14 games.

“It’s amazing,” said interim manager Phil Nevin. “You try not to take for granted what he does because you expect something like that to happen every time he takes the field, whether he’s in the box or he’s pitching. He’s just a special player and at a special time in our game. It certainly would have made that MVP chatter a little more interesting tomorrow [if he completed it].”

It was another incredible showing on the mound from Ohtani, who has been elite as both a pitcher and a hitter yet again this season after winning the AL MVP Award unanimously last year. He reached 15 wins for the first time in his career and has posted a 2.35 ERA with 213 strikeouts in 161 innings this year, with one start remaining in Oakland on Wednesday. Ohtani has the highest strikeout rate in the Majors and also leads all AL pitchers with 10 outings of at least 10 strikeouts. He’s also hitting .275/.358/.529 with 34 homers and 94 RBIs in 151 games this season.

He said he’s always had the goal of throwing a no-hitter, and while he came up short he was still proud of the way he was able to pitch despite not having his best fastball.

“That’s my mentality before every outing — to get that no-hitter or perfect game,” Ohtani said through interpreter Ippei Mizuhara. “But to be honest, I wasn’t really feeling my fastball. Its velocity wasn’t as high as normal. But my slider was doing its thing and working, so I’m actually glad and I kind of surprised myself that I got through eight innings.”

Ohtani is in an MVP race with Yankees slugger Aaron Judge, who has hit 61 homers (and counting). He also is in the conversation for the AL Cy Young Award with other top candidates including the White Sox’s Dylan Cease, the Astros’ Justin Verlander and the Blue Jays’ Alek Manoah.

Ohtani added that he believes he’s having a better year than his MVP season last year and is enjoying the race — but noted that the result isn’t up to him.

“I definitely feel like this season is better overall,” Ohtani said. “My pitching numbers are better and I’m just playing with more confidence after experiencing last year. I know I won MVP last year, but I feel like I’m having a better season this year. I feel like you guys are more of an expert on the voting, the writers, so I’ll leave it up to you guys. But I’m definitely enjoying it. I enjoy watching Judge. I watched him hit 61. Just as a baseball fan, it’s great watching him do his thing.”

Ohtani came close to even more history on Thursday night despite not having his best fastball, as he threw his four-seamer just four times out of his 108 pitches. But after walking the first batter he faced, he induced a double play to end the first and kept it rolling from there. He relied heavily on his secondary pitches, throwing 52 sliders, 22 cutters, 14 curveballs and his new two-seamer 11 times, including for a critical strikeout of Sean Murphy to end the fifth inning.

“If you look at what he was able to do with the baseball tonight, it was incredible,” Nevin said. “He had a lot of pitches working and those two-seamers to Murphy were disgustingly good. When he has everything working, these things are going to happen.”

He appeared headed toward throwing his first career no-hitter before Capel connected on a 1-2 cutter, driving it past a diving Livan Soto at shortstop to break up the no-hit bid with two outs in the eighth. Ohtani then gave up a single to Dermis Garcia on a 1-2 curveball, but got out of the jam by getting Shea Langeliers to ground out to third to end the inning – and Ohtani’s night, a masterful outing in his final start at Angel Stadium this season, where he posted a 1.82 ERA in 14 starts.

“That was one of his better outings of the season,” said catcher Max Stassi. “He had his slider working and threw a bunch of them. He was awesome, but it doesn’t really surprise me because the sky’s the limit with him.”