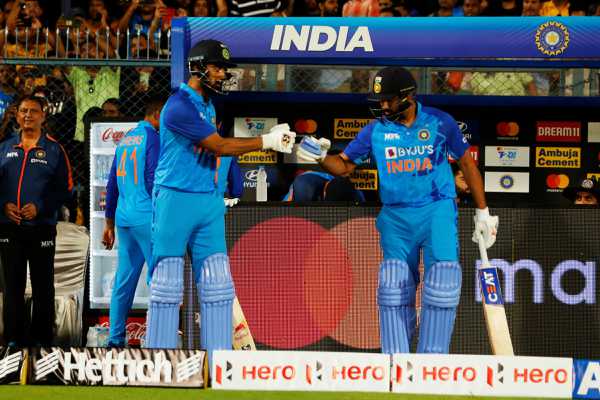 Rohit and Rahul now have the most partnership runs for India in T20Is. © AFP

Maharaj gives South Africa a much-needed breakthrough. Rohit drags a short ball to deep mid-wicket where an easy catch is taken. It’s been an even tougher post PowerPlay phase with Anrich Nortje trying to bowl fast and disappearing even faster. His 2 overs have gone for 31!

… yes you read that right! There’s a snake spotted on the outfield and that brings a brief stop to the play in Guwahati! 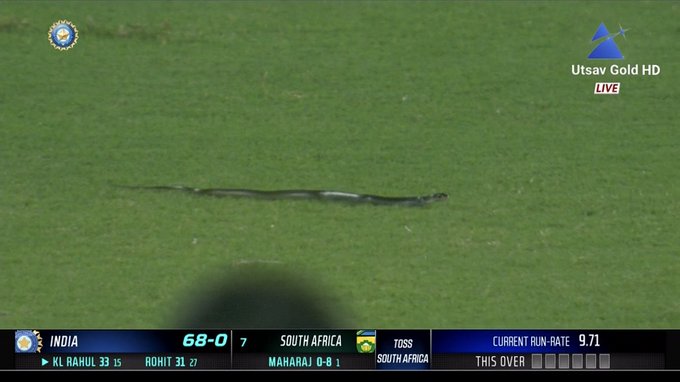 Another solid start to an innings from India. Rohit gets into the act with a pair of fours off Maharaj in front of square to end the PowerPlay. These two now have the most 50+ partnerships in T20Is (15), going past Babar-Rizwan, who might have something to say about it in Lahore in a game starting soon. [Switch Tabs]

A pick-up whip off the pads for a six , followed by a back foot punch, both off Parnell, shows the range of KL Rahul when on song. India are 36/0 after 4 overs and now they know there are no demons on this pitch.

Or so he said at the toss. He admitted it was a little tacky and this confused state of mind is on show as he is trying to assess the wicket. After a string of dots he tries to lap a delivery and gloves it over slip for a four. There’s also a blow to the finger off Parnell.

Toss: SA bring Ngidi in and opt to bowl

Interestingly, India have opted to play two spinners while South Africa have dropped one of their two left-arm spinners (Shamsi) for an extra pacer (Ngidi).

Much has changed since India cantered to victory in Trivandrum four nights ago. India’s think tank will have spent much of the time between these two days contemplating a contingency in case Jasprit Bumrah doesn’t make it to the World Cup. Rahul Dravid remains hopeful of a positive prognosis but what cannot be denied is that it’s not the situation Rohit and Dravid would have wanted to be with 2 matches and 2 warm-ups left before that big Indo-Pak encounter at the MCG on October 23.

That said, there is still some time on the drawing board. And against a strong South Africa squad, who’ll want to put their batting debacle from the other night down to a rare off day at the office. The visitors have a proud record to uphold – that of never having lost a T20I series in India.

Will they? Toss and teams coming up. You can warm-up for the game with our preview.