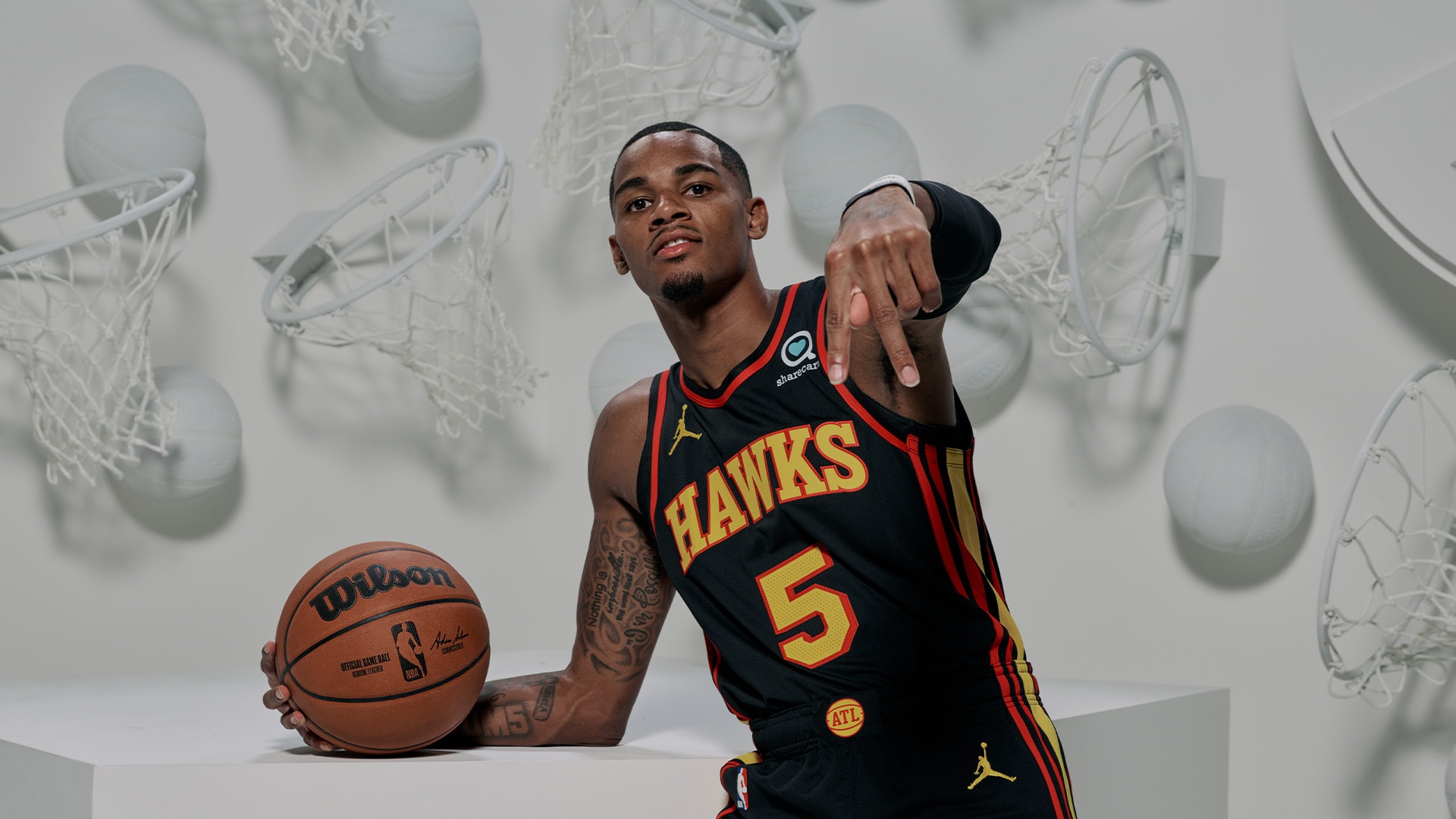 The Hawks acquired Dejounte Murray from the San Antonio Spurs over the summer with some lofty goals in play. To fully make the deal a success, the Hawks will hope for a successful season not only from Murray himself but also from the other Hawks players as well.

Here are three good reasons to bet on Dejounte being the key to unlocking what the Hawks already have in Trae Young, John Collins, Clint Capela, and De’Andre Hunter.

The Hawks already had one in Trae Young, who averaged 28.4 points and 9.7 assists last season in his second All-Star season. Now they have another in Dejounte Murray, who had 21.1 points, 9.2 assists and 8.3 rebounds per game in his first All-Star season. Clint Capela and John Collins have been close in the past, and healthy, constructive seasons could easily see them competing for spots.

“He’s good at everything: defense, scoring, passing, rebounding, playmaking,” Trae said of Dejounte. “Having someone just as competitive as I am in the backcourt, it’s going to be fun. I can’t wait to start playing games.”

Dejounte also led the NBA with 2.0 steals per game in 2021-22. Nate McMillan said that the 26 year old can help pilot the team.

“I think he’s a leader. He has a voice, but he leads by example. His presence out on the floor commands respect. I think that the guys that he has played with – which is mostly that first unit – they have responded to him being out on the floor.”

If there is a delicate balance between being one of the newest members of the team while also picking up the mantle of leadership, Dejounte is ready to strike it.

“I’m really excited to learn everybody, not just my teammates and coaches but the whole staff and get familiar with one another,” he said. “As far as the basketball side, Coach (McMillan) and Trae and, if you go down the line, everybody else has been helping me understand the system and what we’re trying to do here. I want to win, so I’m willing to do whatever it takes.”

Dejounte has no plans to proceed quietly in situations where he believes his candor can improve the team.

“I think I’m being vocal. I’m just a natural leader. I’m not holding back. Coach doesn’t want me to hold back. My teammates don’t want me to hold back. If they see something from me, they can explain it to me and move on. If I see something, I’m going to speak up, because at the end of the day, we all have the same goals. We want to bring the best out of one another.”

2) Trae is ready for a tag-team partner.

To get to a spot to see the potential synergy between the two, start with the exit interviews from two seasons ago, the 2020-21 season. When asked what he wanted to add to his game, Trae said that he wanted to work on his midrange in the offseason.

Trae came back for 2021-22 and the midrange game became a tool in his repertoire. His number of midrange attempts from 16-24 feet jumped from 84 to 194. And among the top 10 players in those midrange attempts, only he (51.5 percent) and Kevin Durant (57.8 percent) made more than half of them.

When asked the same question about expanding his game a year later at the end of 2021-22 – even before the Dejounte trade – Trae gave a nod toward working off the ball.

“This summer, (it will be) more probably working off pindowns, working off screens, coming off for more catch-and shoot things, but still trying to take everything else to another level, too.”

Now, in Dejounte, he has the on-the-ball scorer that he needs to give his plan the necessary juice to make it worthwhile.

Keep in mind that the adjustment does not constitute change just for the sake of change. Just as the midrange worked as a counter to an adjusted shooting-foul rule, developing his off-ball skill can serve as the antidote to the overloaded tactics that defenses throw at him.

“We saw in the Miami series with him having the ball out front,” Nate McMillan said of a Heat playoff defense that put one defender on him and crept two others a few steps into the gaps on each side. “Teams just load up to him.”

With Trae on one side of the floor and Dejounte on the other, a tilted, scrambling defense is just one pass away.

“You can get them to the second side,” McMillan said, “where the defense just can’t lock into where they are.”

Trae has gaudy numbers at the NBA level in catch-and-shoot situations albeit in a small sample size. And he has some previous experience, if you’re willing to go back far enough.

Trae realized in the eighth grade that the players of his stature had their best chance of success at the point guard position. Hours of passing practice in the gym and nights of dribbling in his garage with the ball wrapped in a plastic bag helped prepare him for the role that he rode to stardom, but before that transition, he was a shooting guard.

After leading the NBA in total points and total assists, Trae has no worries about embracing his inner scorer, and it may even save him some wear and tear.

“There are going to be times when I can strictly focus on scoring and that’s fine. I’ve really had to do both for a long time: try to get everybody involved and score, too. It’s going to be fun having someone like Dejounte, who when he comes off a pick-and-roll and I’m in the corner, my man has to pick: either choose the roll man or leave me open. It’s going to be ‘pick your poison’.”

McMillan is quick to note that Trae’s off-ball game is a tool, a diversification. It is a means of keeping teams uncomfortable when too many sets of defensive eyes are following him around the court. The Hawks’ offensive identity will still feature Trae running pick-and-rolls.

3) Dejounte can play a vital role in unlocking the frontcourt of De’Andre Hunter, John Collins, and Clint Capela.

The frontcourt trio offers so much, and when they play together, their size and skill can impact the game. Collins and Hunter can space the floor to the three-point line, Capela and Collins have combined to average over 20 rebounds per game in their two seasons together. All three offer defensive length and defensive versatility.

What kind of player complements what those three already have?

Even with Trae on the floor, the ideal partner would be someone who can set them up to finish plays instead of start them. The best pairing is someone who gets the defense reacting so that they can hit open threes and catch lobs over the top of the defense.

Like Trae, Dejounte finished in the top five players in the NBA for total drives. His drives may look a bit different than Trae’s – you’re much likelier to see him finish in the paint with a spin move, for example – but he still utilizes it in much the same way to set up himself and his teammates.

Dejounte is well equipped to set up his frontcourt, and his defensive ability is what sets him apart.

Generally speaking, the majority of point guards across the NBA enhance their team’s offense. The ones who add a similar improvement on defense can be counted on one hand. Dejounte is one of them. Together with Hunter, the Hawks now have two defensive aces orbiting around Capela in the paint.

Capela said that improved defensive containment cuts out the chain reactions that lead to undesirable outcomes.

“I don’t have to leave my man to try to get over to help the guards, which won’t leave my man open to get an offensive rebound and a putback, or (if I leave my man), then the guard has to get on the big and leave open a corner three.”

The Hawks already have a terrific offense mostly intact from a season ago, but they finished 26th in defensive rating in 2021-22. If Dejounte helps revitalize the Hawks defense, they should have their ambitious goals squarely within their grasp.