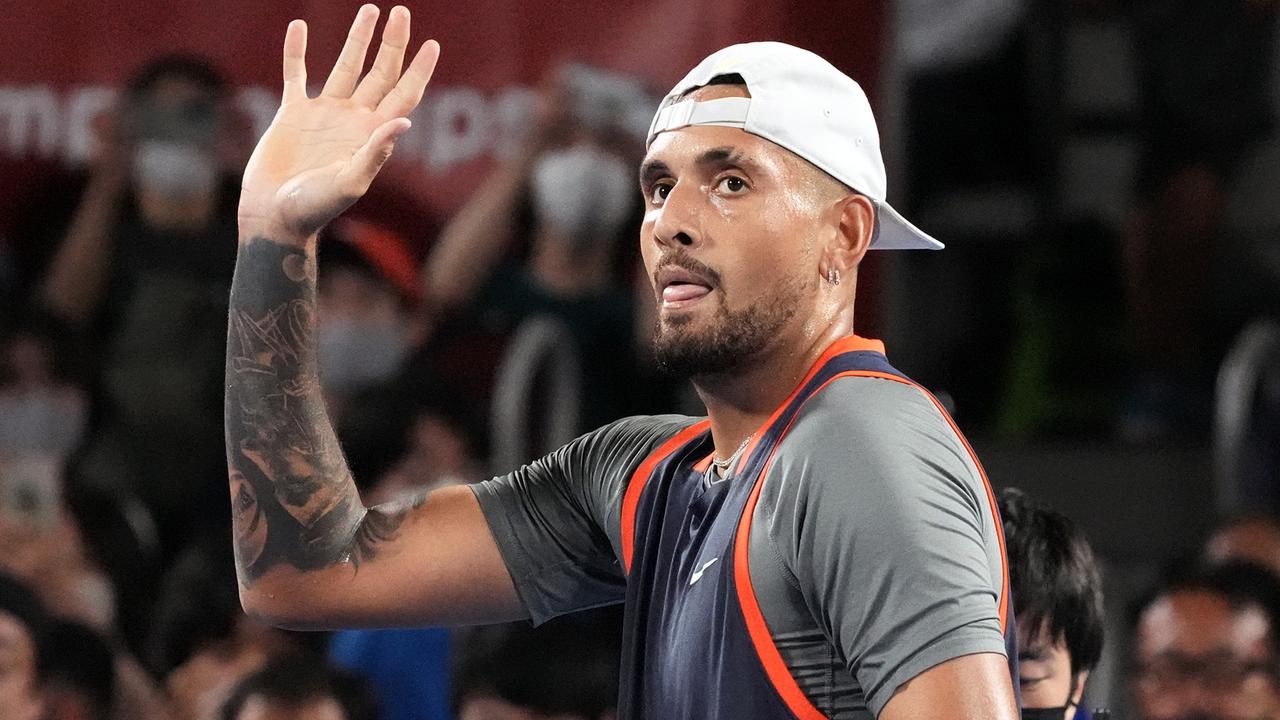 Nick Kyrgios said he “struggled to breathe” in the Tokyo air Tuesday before finding his feet and crushing Taiwan’s Tseng Chun-hsin 6-3, 6-1 in his first match since the US Open.

Kyrgios dropped just seven points on his own service in his opening match at the Japan Open as he dismantled world number 87 Tseng in 76 minutes.

The maverick world number 20 was playing his first match since his “heartbreaking” quarter-final loss to Karen Khachanov at last month’s US Open but he said he made a “solid” return despite a slow start.

“The first couple of games I struggled to breathe, I think just the humidity and getting back into competitive play,” said Kyrgios, whose lawyer appeared for him earlier in the day at a court hearing in Australia, where he faces a charge of common assault.

“I came out a bit slow but I don’t play many matches so it’s hard to just get straight back into that competitive flow.

“But as soon as I held that first game, I found my form again and played really well.”

‘Not difficult at all’: Kyrgios focused on the court ahead of alleged assault hearing

The Tokyo crowd cheered Kyrgios’ name and clamoured for the signed balls that he hit into the stands after the match.

He put on a show on the court as well, hitting one shot between his legs and bickering with the umpire over line calls.

Kyrgios has posted several pictures of himself sightseeing in Tokyo on social media since he arrived and he said he was “excited” to be playing in Japan.

“To play in front of the crowd is amazing, they’re so respectful and they always love good tennis,” said the 27-year-old.

“The last couple of years, Covid has affected the tournament so it’s just good to have this event back and running again.”

Earlier in the day, top seed Casper Ruud crashed out in the first round after a 6-3 6-3 defeat to Spain’s Jaume Munar.

The Norwegian lost to Carlos Alcaraz in the US Open final last month and he has hardly taken his foot off the gas since, playing in the Davis Cup and Laver Cup before heading to last week’s Korea Open.

He finally hit the wall against world number 58 Munar, having his service broken twice in the first set and dumping shot after shot into the net all match.

Ruud admitted he had been trying too hard after his US Open run.

“I might have pushed a little too much and tried to go for too many tournaments and too many matches in a row but I really wanted to come to Asia and play these tournaments,” said the world number three.

“Today I wasn’t able to bring my best level but it’s an experience and a situation I will try to learn from.”

Australian number-six seed Alex de Minaur also made a first-round exit earlier in the day when he lost 6-3 6-2 to South Korea’s Kwon Soon-woo.