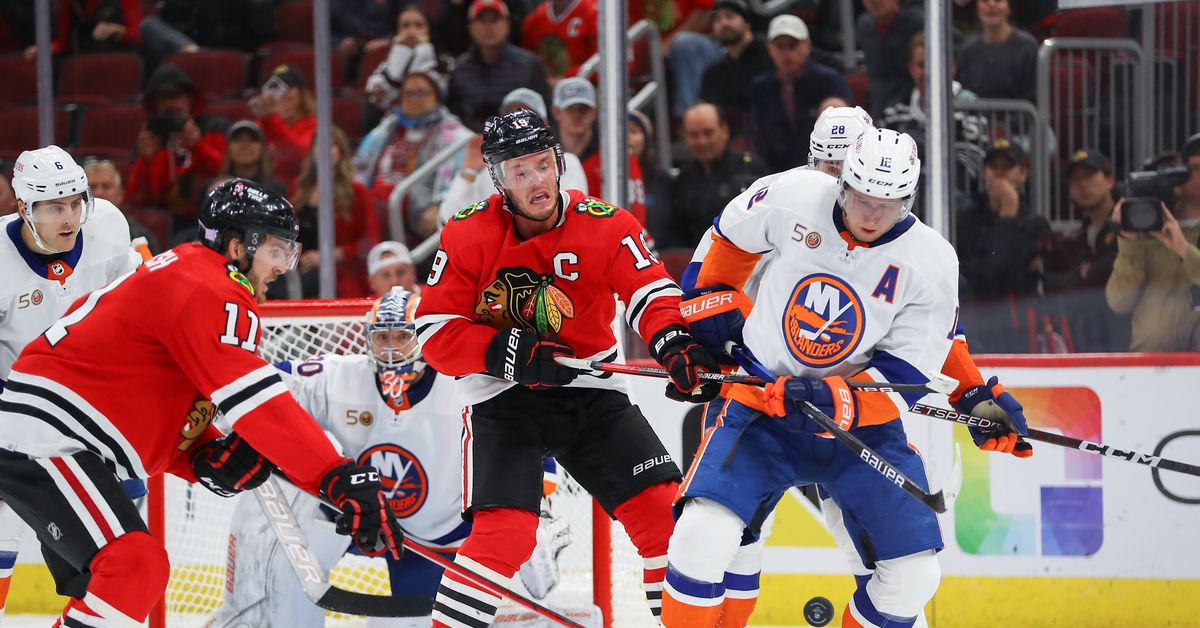 This is your daily thread to talk about the latest hockey news.

Musings on Madison, Episode 101 — Blackhawks coming back down to Earth (SCH)

“I got to be way better”: Lukas Reichel still has a long way to go to reach the Blackhawks (The Athletic)

NHL99: Ed Belfour’s passion on the ice transferred from the net to the business world (The Athletic)

The Blackhawks Week That and Will Be, 10/31: Let’s remember some goals (SCH)

NHL99: Big or small, Marian Hossa stole the puck from them all (The Athletic)

Even in losses, Philipp Kurashev is quietly driving Blackhawks’ most effective lines (Sun-Times)

Duhatschek notebook: Mike Keenan on hockey in Italy, his experience with Blackhawks (The Athletic)

The sirens feed my nightmares (SCH)

“He’s like an F1 car”: Blackhawks prospect Paul Ludwinski only knows one speed (The Athletic)

“It’s a new chapter of hockey here”: What players, fans were saying after the Coyotes first ASU game (ESPN)

Drysdale of Ducks could miss rest of season (NHL)

Oettinger out one week for Stars (NHL)

Oshie out indefinitely for Capitals (NHL)

Couturier out 3-4 months after back surgery (NHL)

PWHPA to host All-Star Weekend in Ottawa (The Ice Garden)

Lazerus: Hockey is for everyone? New NHL diversity report shows how false that is (The Athletic)