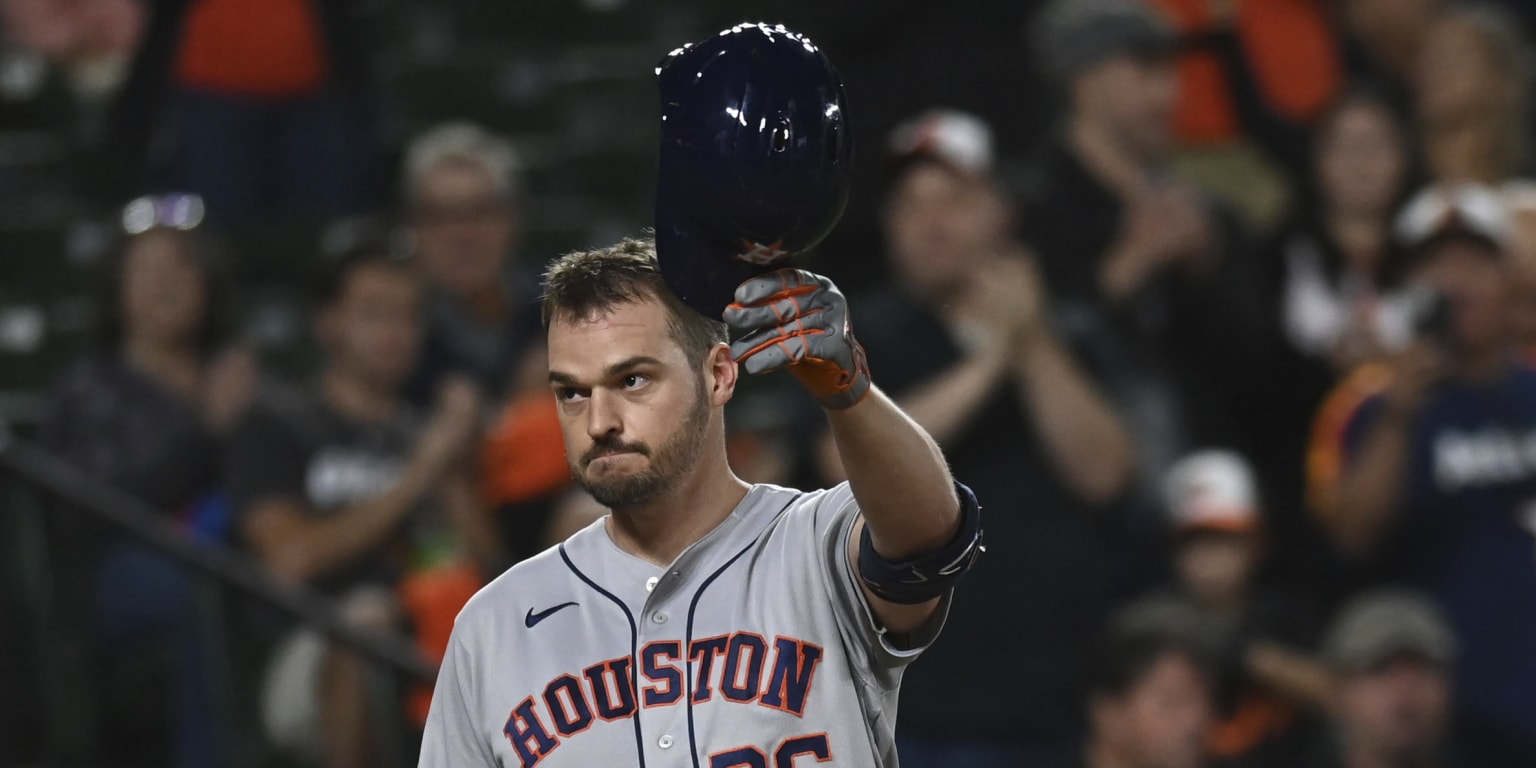 PHILADELPHIA — Trey Mancini remembers being on a cross-country flight last July, hovering some 30,000 feet above farms and forests, when his attention was drawn to a small television screen broadcasting the All-Star Game from Denver’s Coors Field.

Having just participated in the Home Run Derby one evening prior, Mancini remembers being “overcome with a wave of emotion” as he read his name, held high by the Orioles’ Cedric Mullins and the Blue Jays’ Vladimir Guerrero Jr. as part of Major League Baseball’s “Stand Up to Cancer” moment. Mancini is a survivor of Stage 3 colon cancer.

“Cedric, obviously we’re really close and good friends and [former] teammates,” Mancini said. “For Vlad to do it as well, somebody that I’ve been playing against for a few years and have a very high respect for, I just thought it was an incredible gesture. It really meant a lot to me. It was a really cool thing to see.”

The SU2C moment is held during every All-Star Game and World Series. Traditionally, at the end of the fifth inning, representatives of Major League Baseball, Stand Up To Cancer, Mastercard and FOX as well as all players, coaches, managers, umpires and fans in attendance stand together in a unifying effort to honor those afflicted with the disease.

“It’s an incredible testament to everybody going through cancer or who has been diagnosed with cancer,” said Mancini, who missed the 2020 season while recovering from his treatments. “It’s a really powerful and amazing thing that MLB does, and helps raise a lot of money, too. It’s incredible.”

Mancini said that he plans to write the name of former Orioles infielder and Minor League manager Ryan Minor on his placard on Wednesday during the Game 4 tribute. Best known as the player who started at third base on the evening that Cal Ripken Jr.’s consecutive games streak ended, Minor was recently diagnosed with Stage 4 colon cancer.

“I’ve been talking to him and just wanted to let him know I was thinking about him,” Mancini said. “I know what he’s going through.”

Astros manager Dusty Baker is a survivor of prostate cancer, having undergone surgery in December 2001. Baker said that numerous people in his family have dealt with various forms of cancer, including his father, his mother-in-law and some of his uncles.

“Cancer, we’ve got to find a way,” Baker said. “We’ve been talking about it for a long time, and I’m sure it’s not that easy. We’ve made some tremendous strides. The one that really devastates me is child[hood] cancers. That’s the one that saddens me probably the most.”

Stand Up To Cancer (SU2C) is a groundbreaking initiative created to accelerate innovative cancer research that gets new therapies to patients quicker. Since its inception, SU2C has announced nine Food and Drug Administration (FDA) approvals for new cancer therapies supported by SU2C research.

MLB and its 30 clubs have donated more than $50 million to SU2C since the partnership was first formed in 2009. As a founding donor, MLB has conducted significant awareness-building efforts through public service announcements, in-stadium promotions and various fundraising events. Learn more about SU2C at StandUpToCancer.org/MLB.