Ovechkin of Capitals scores 786th goal, ties Howe for most with one team 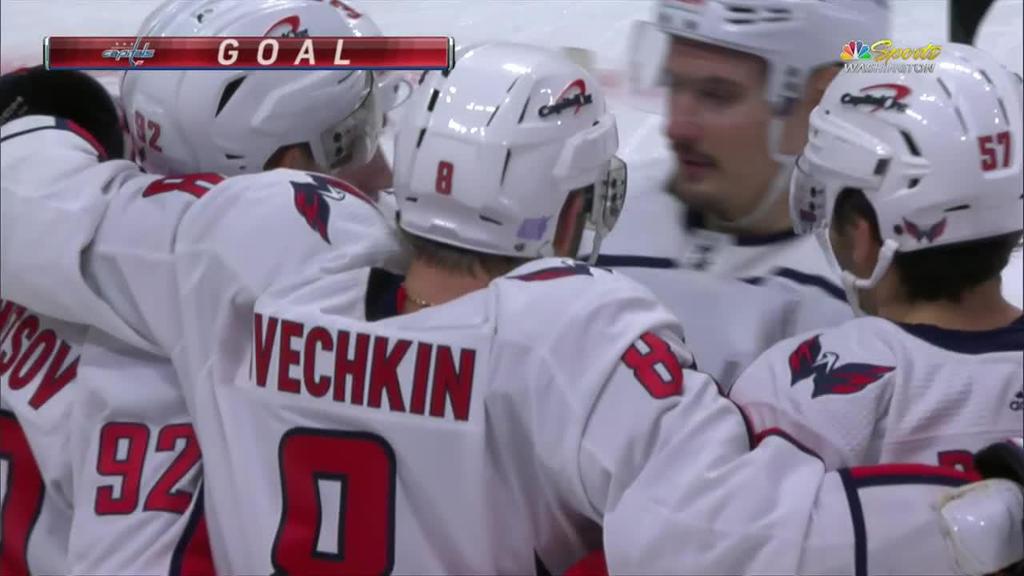 Alex Ovechkin tied the NHL record for most goals with one team with 786 when he scored for the Washington Capitals against the Detroit Red Wings at Little Caesars Arena in Detroit on Thursday.

“It’s pretty cool to do it here, although I would have rather been able to break it here,” said Ovechkin, who scored his record-tying goal about three miles from the site of the Olympia, where Howe scored his 786th goal for Detroit on Apr. 3, 1971. “It’s a great accomplishment.”

The 37-year-old left wing scored his 786th goal at 7:11 of the second period with a wrist shot from the left face-off circle.

Ovechkin has six goals in 12 games this season.

Ovechkin moved within 15 goals of Howe for second on the NHL goals list with 801. After two years in retirement and six seasons in World Hockey Association with Houston (1973-1977) and New England (1977-79), Howe returned to the NHL in 1979-80 with the Hartford Whalers and scored 15 more goals before retiring with 801.

Ovechkin is 108 goals behind Wayne Gretzky’s NHL record of 894.

“I’m always saying to stay on one team for all of my career is my goal,” Ovechkin said. “Obviously, I’m lucky enough to be able to do that kind of stuff. So, it’s pretty cool.”