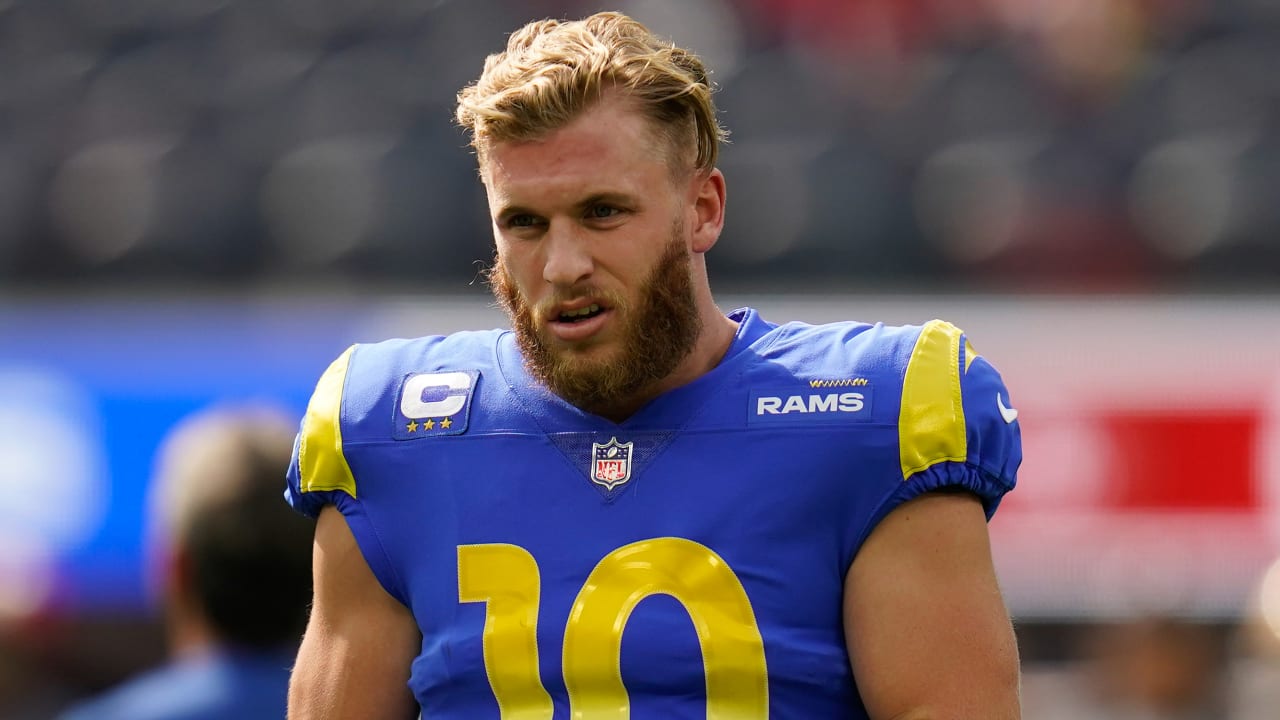 As expected, Cooper Kupp will play Sunday versus the Tampa Bay Buccaneers.

Los Angeles Rams coach Sean McVay said Friday that the star receiver would suit up after suffering an ankle injury late in the club’s Week 8 loss to San Francisco.

Kupp said earlier in the week that he’d “dodged a bullet” after the injury. He did not practice Wednesday and was limited Thursday.

Having the triple-crown winner on the field Sunday is huge for Matthew Stafford and a Rams offense attempting to get on track against a similarly disappointing Bucs squad.

McVay added that receiver Van Jefferson and center Brian Allen would play Sunday. Both returned in Week 8 after missing time due to knee injuries.

As for Cam Akers, McVay said it’s a “possibility” the running back could play this week. Akers had been away from the team due to philosophical differences but returned to the practice field this week after the trade deadline passed. It has not been determined whether rookie running back Kyren Williams (ankle) will be activated from injured reserve this week.