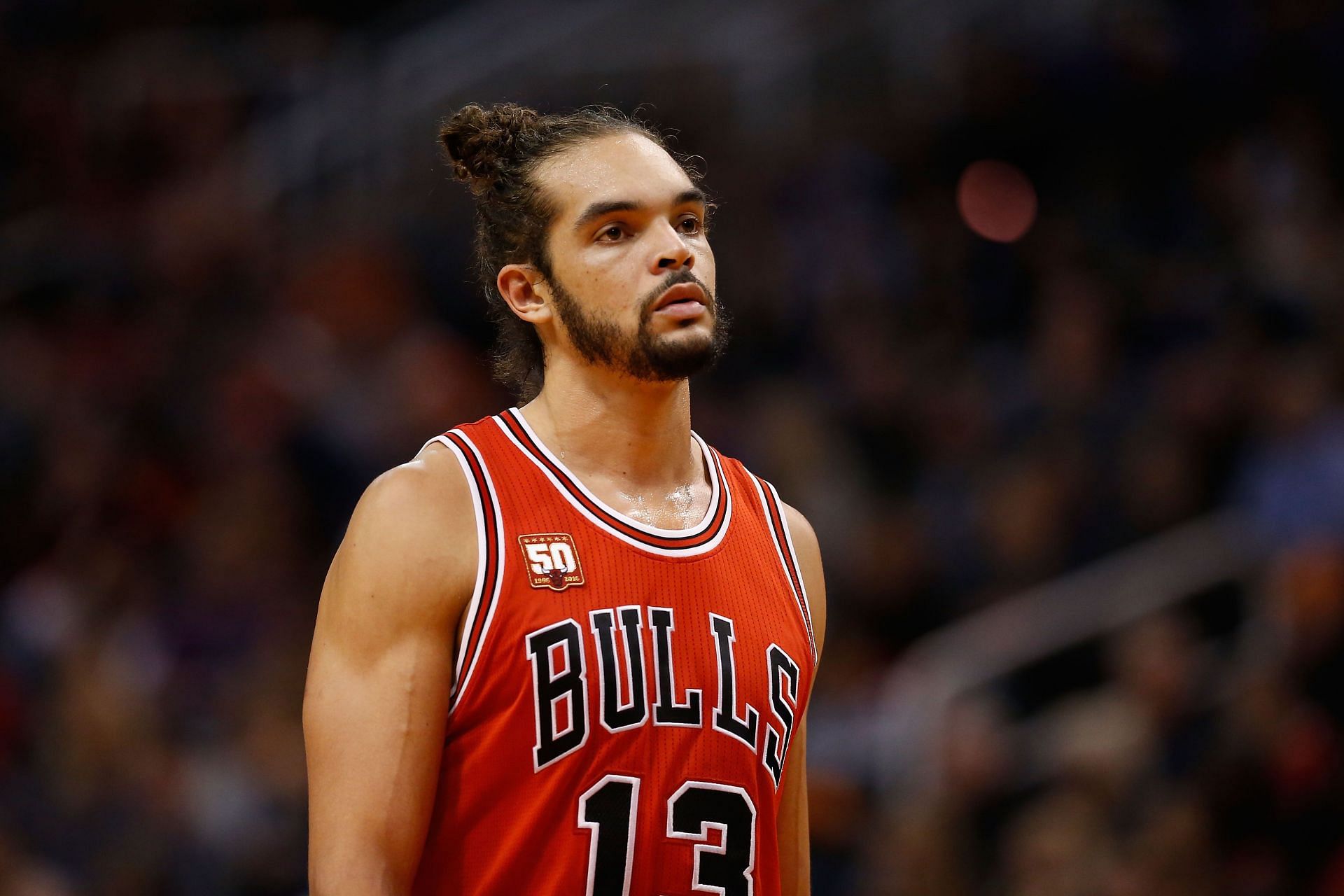 Joakim Noah was one of the most intriguing NBA players in recent memory. As the defensive center for the Chicago Bulls in the early 2010s, he had memorable on-court battles against the Miami Heat.

In a new edition of JJ Redick’s “Old Man & the Three,” Noah shared his stories of playing against LeBron James and the Miami Heat. Aside from the Boston Celtics, the Bulls were one of the few teams that posed a serious threat in the Heat’s quest to win championships.

Noah and the Bulls faced off in the playoffs against the Heat and their big three twice in three seasons. Although both series ended with Miami winning in five games, both squads gave fans some intense playoff games. At the time, Noah made it known that he wasn’t entertained by any of the Heatles. But that all changed as he aged.

Surprisingly, the two-time All-Star revealed that he tried to get both James and Wade to join the Bulls franchise. While that happened for Wade (for his hometown team), it was too late as Noah had moved on to the New York Knicks in 2016-17.

The 2013-14 Defensive Player of the Year also shared how much animosity both squads had towards each other:

After a series of setbacks after his time with the Bulls, Noah was at a crossroads in his career. While in the gym trying to work out, his own rival, Dwyane Wade, shared words of encouragement that resonated with Noah.

It’s been two years since Noah announced his retirement from the NBA.

Despite being an All-Star, Noah’s Hall of Fame chances are slim

When Joakim Noah entered his prime during the early 2010s, there was a scarcity of star big men in the league. The only one who was an obvious All-Star was Dwight Howard. While Tim Duncan and Kevin Garnett were still in the NBA during those years, they weren’t the same dominant players.

Due to this, Noah was able to make the All-Star team twice, despite not having eye-popping numbers like other stars. In his two All-Star seasons, the three-time All-Defensive center averaged 12.3 points, 11.2 rebounds and 4.7 assists. He was the Bulls’ defensive leader and prospered under Tom Thibodeau’s defensive system.

Does he have a shot at being in the Hall of Fame? It’s extremely slim. Basketball-Reference.com gives his chances at 0.6%.

Former Sacramento Kings forward Chris Webber accomplished more, but it took him eight years before being inducted into the Naismith Basketball Hall of Fame.

For others, it took them longer than that. Noah, who helped the University of Florida to two national titles, would have to wait a long time to achieve basketball immortality.