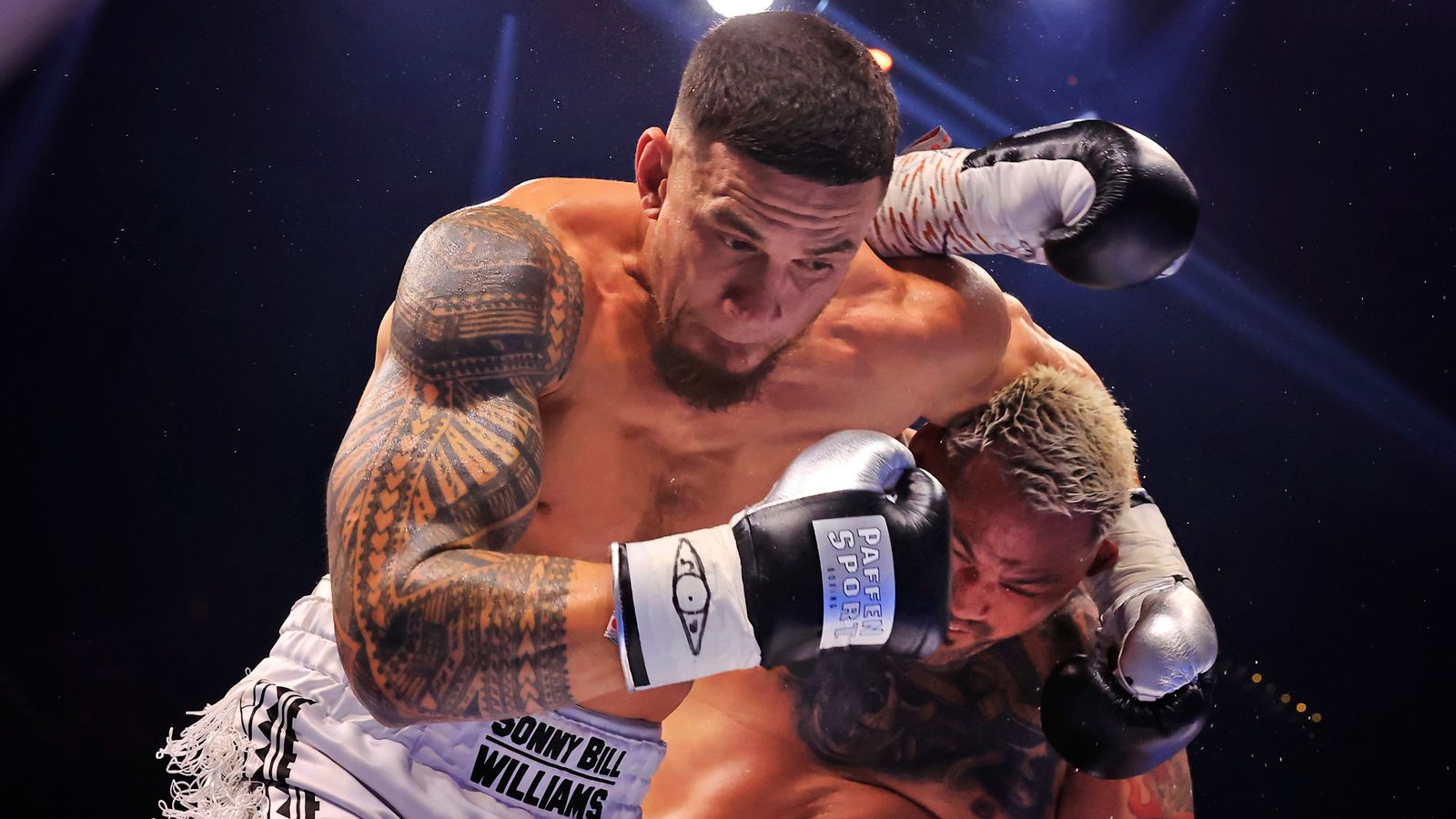 Former New Zealand rugby international Sonny Bill Williams suffered a first professional boxing defeat as he was knocked out in the fourth round by 48-year-old UFC fighter Mark Hunt in a shock upset.

Williams entered Saturday night’s bout as the bookies’ favourite to defeat Hunt, who had previously lost to the All Black legend’s arch rival, Paul Gallen, back in 2020.

Hunt floored Williams in the fourth round, with Williams able to survive the count, only for the referee to intervene soon after as Hill continued to unload shots on the 37-year-old former NRL star.

Williams had won all of his prior nine heavyweight bouts as a professional. Mixed martial arts veteran Hunt claimed his first ever victory in his fourth pro fight and announced afterwards that it would be his last.

“I would like to say it was an honour to share the ring with Mark Hunt tonight, the Super Samoan,” Williams said after the fight. “I tried my best, but it wasn’t good enough.

“Not too much positives to take from that, but to share the ring with a legend like Mark, it was special.”

An elated Hunt said: “I’m smiling not because of the win, but I’m smiling because this is the last time I walked into a ring of combat of any sorts.”

Williams is only the second person to represent New Zealand in rugby union after first playing for the country in rugby league, and is one of only 21 players to have won the Rugby World Cup twice.