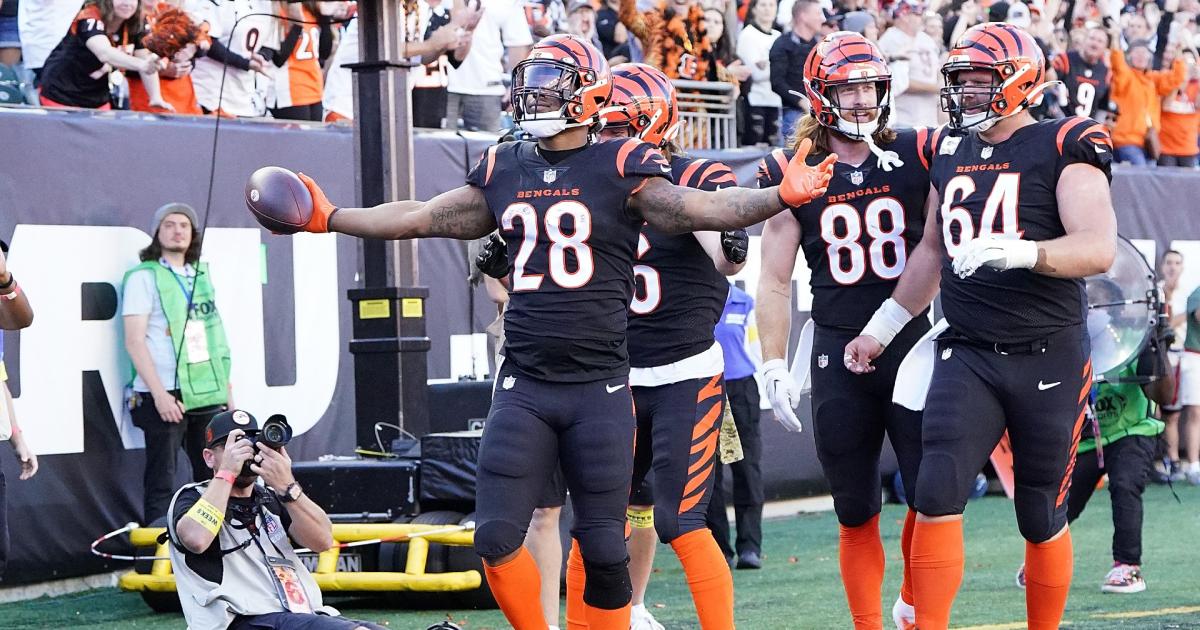 Joe Mixon turned in a historic performance against the Panthers on Sunday. The Bengals running back scored five touchdowns in Cincinnati’s 42-21 romp over Carolina.

Mixon finished the day with 22 carries for 153 yards and four rushing touchdowns, to go with four catches for 58 yards and another score. He had an opportunity for a sixth touchdown, but quarterback Joe Burrow kept it himself for a 1-yard score.

Just two of Mixon’s five touchdowns were for more than 3 yards. They TDs, in order (score after the touchdowns and PATs in parentheses):

Mixon ran his way into the NFL history book with his performance. Here are each of his key highlights from the outing:

Where does Mixon’s day rank among the most for single-game touchdowns in NFL history? The Sporting News has that answer and more:

Most touchdowns in a game in NFL history

Mixon on Sunday became the 17th player in NFL history to score five or more non-passing touchdowns in a game and the first since the Colts’ Jonathan Taylor in 2021. Mixon now owns the Bengals’ franchise record for touchdowns in a game, passing Marvin Jones’ four on Oct. 17, 2013, vs. the Jets.

Mixon is in a 14-way tie for fourth-most touchdowns in a game, trailing Alvin Kamara, Gale Sayers and Dub Jones’ six-touchdown games in 2020, 1965 and 1951, respectively. Former Seahawks running back Shaun Alexander holds the record for most touchdowns in a half, with five.

Mosts fantasy points in a game

Mixon also had a fantastic fantasy outing. He produced the eighth-most fantasy points in NFL history, per StatMuse. He now fifth all time among running backs and second overall in 2022.