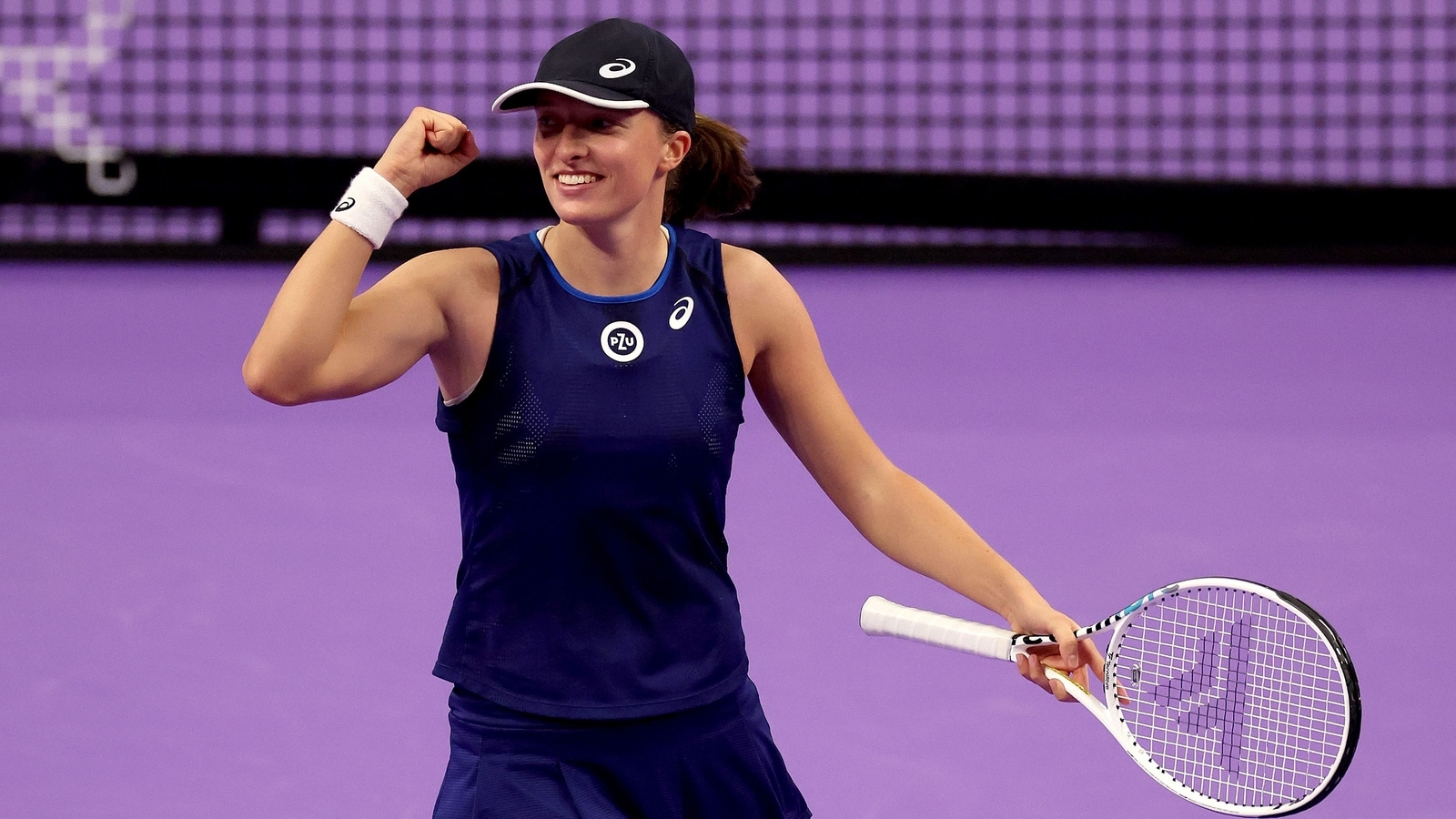 This is about Iga Swiatek but before we get to that, special mention to Ash Barty, Danielle Collins, Jelena Ostapenko, Alize Cornet, Caroline Garcia, Beatriz Haddad Maia, Madison Keys, Barbora Krejcikova and Aryna Sabalenka.

These are the women to have beaten Swiatek in a jaw-dropping season where she has lost only nine times; the ninth being against Sabalenka in the semi-finals of the WTA Finals in Fort Worth. Much like in a majority of tournaments this year, the world No 1 looked on course to bulldoze her way to the season-ending trophy—Swiatek surrendered just 13 games in the group stage—but the machine snapped just as the finish line approached.

“I’m not going to lie to you, I’ve been waiting for that moment,” the Pole told reporters after her 2-6, 6-2, 1-6 defeat. “This season has been so intense and I’m so proud of myself that I could play so well till the end of it. I’m happy that it’s done.”

This calls for a look back to her staggeringly dominant season in a volatile year for women’s tennis that had its fair share of headline-grabbing moments: Barty’s retirement after the triumph in Australia, Serena Williams’s goodbye (or is it?) after the tears in New York, a Moscow-born women’s singles champion at Russia-banned Wimbledon, a late venue grab for the WTA Finals in Texas due to WTA’s continued China shun over the Peng Shuai issue.

Nothing quite like the blockbuster Swiatek show, though: 2 Grand Slam titles, 8 WTA trophies, a 68-9 win-loss record, a 37-match winning streak, a hefty $9,405,525 in tournament prize money (for contextual comparison, Carlos Alcaraz, the current men’s world No 1 after an equally imposing season, has earned $7,627,613. Mind you, a lot of non-Slam tournaments offer lesser prize money for women compared to men).

Some of these astounding numbers better or match those in a century (the 37-match, 135-day unbeaten run) and in decades (her 15 consecutive wins against top-10 opponents is bettered only Steffi Graf and Martina Navratilova in the last 40 years).

Taking over the No 1 reign from Barty in March, Swiatek is set to end the year with 11,085 points on the rankings chart, more than double the second-best, Ons Jabeur. Those points are the most on the women’s tour since Serena accumulated 13,615 in 2013, arguably the American’s most ruthless season.

Swiatek, 21, is already grazing those Serena-GOAT pastures. Her 68 victories this year are the most since Serena’s 78 from that 2013 season, her eight titles three shy of Serena’s 11 and her 22 bagels (6-0 set wins) no less sweet than Serena’s 25.

But perhaps the standout piece of stat is her 47 hard-court wins in 2022, the fifth-highest in a single season since the turn of the century.

The sublime in Swiatek has been evident on clay for the last couple of seasons after capturing her first Slam at the 2020 French Open. She grew into an equally relentless beast on hard courts this season, developing a more aggressive style of play and adding more weapons to her power game in tune to the faster courts.

That would ensure she collected the French Open-US Open double this year (the first woman to do so since—surprise, surprise—Serena in 2013) and became the youngest player to dazzle with a Sunshine Double (winning the Indian Wells and Miami hard-court events in the same season).

Five of her season’s eight titles came on hard courts. The six tournaments that Swiatek bossed on the WTA tour en route to her 37-match win run were split into three each on hard and clay courts. The only little glitch to her clutch season came after French Open, with early exits at Wimbledon and from a couple of lead-up tournaments to the US Open.

“It’s just crazy that it happens,” Swiatek said of her season that was. “It’s that kind of thing that is going to stay with you for the rest of your career. And it’s something to be proud of.”

Challenges for the next season? Backing up the “crazy” of 2022 with a consistent 2023, and cracking the green code of grass.

Work on that, however, can wait for the Polish phenomenon. “I want to spend eight days not thinking about anything and not doing anything,” Swiatek said.