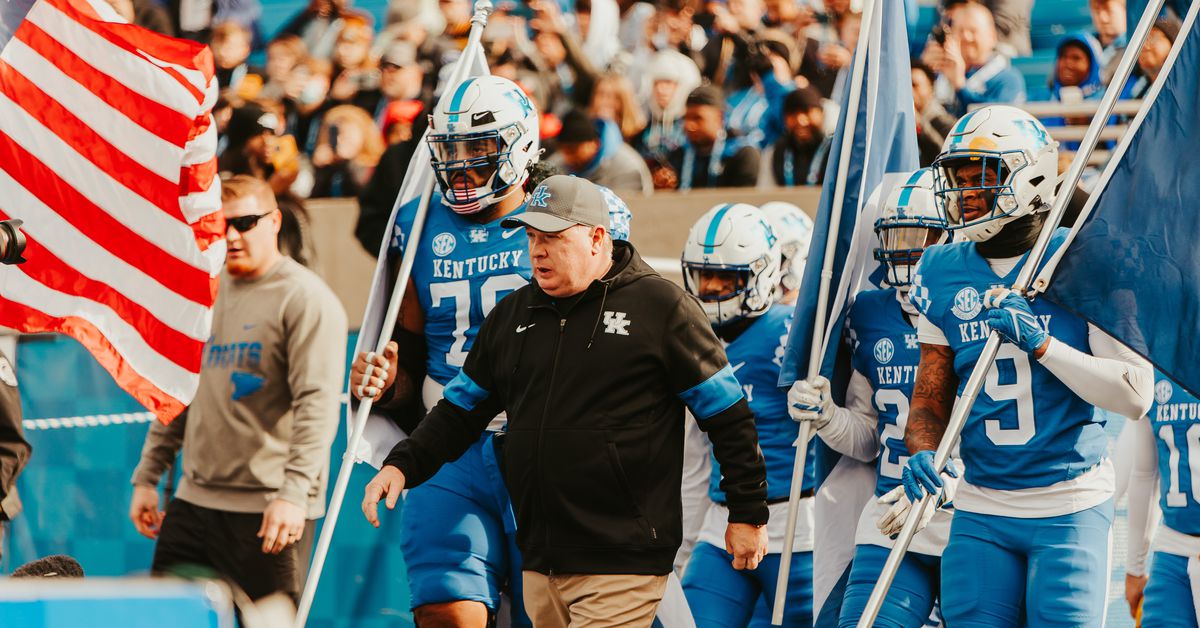 The phrase of the week around the Big Blue Nation has been; Name, Image, and Likeness.

Things have been trending in the wrong direction for the Kentucky Wildcats athletic programs in regard to NIL, as other schools across the SEC have charged ahead in their efforts to adapt to the new rule.

Kentucky has not been that way, and some effects are starting to show overall.

Mark Stoops said on Monday that NIL has become a major factor on the recruiting trail. Following that, Matt Jones took to KSR to share what he was hearing regarding the approach the administration was taking to the new world of college athletics.

Jones mentioned this morning on KSR that things seem to be trending in the right direction, as there has been a fire lit under those involved.

Stoops took it a step further on Wednesday when he mentioned NIL once again on the SEC Teleconference and the effect it has had on his program.

“It is what it is. We do the very best we can. That’s all I’ve ever done is try to concentrate on Kentucky,” Stoops stated. “As I mentioned, I’ve been here a while and had to overcome a lot of things and this is another thing that you have to battle and compete and fight.

“It does me no good to whine or cry or complain about anybody else. I can’t control anybody else. But I can control our program, and we’re doing the very best we can, and yes, I think just like most people we need the support.

“We need more. We need to get this collective rolling, or we’re going to fall way behind in this league, because you know and I know the way things are going with some others here in our league.”

Stoops knows that if he hopes to continue this program trending in the right direction, NIL is going to play a major factor on the recruiting of high school and transfer portal players, but also to help keep the players already on the roster.

Whatever this step might be, it is certainly a step in the right direction.