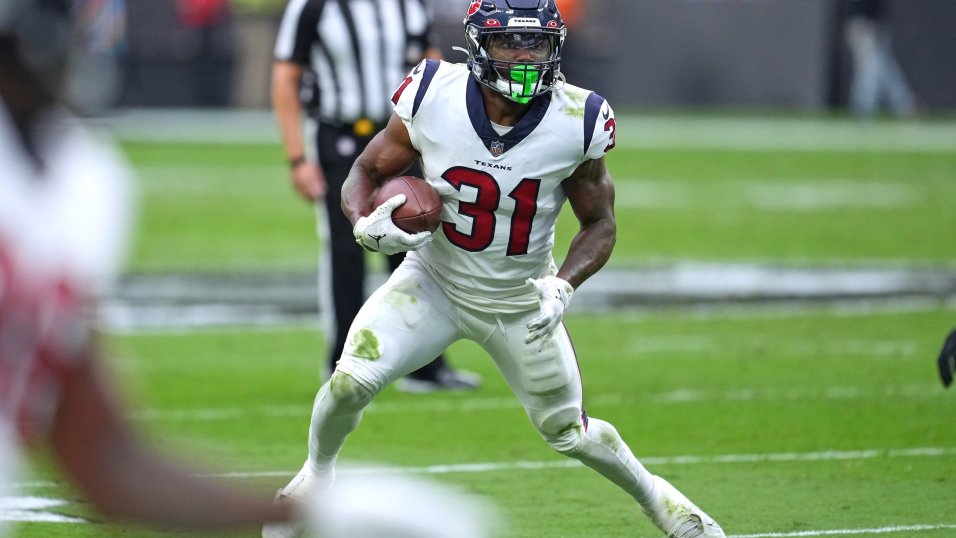 • Dameon Pierce dominating on the ground: The 22-year-old ranks fifth at the position in rushing grade (90.4), fourth in yards after contact per attempt (3.79) and third in missed tackles forced (50).

• Chris Olave making a difference:  Olave already has the eighth-most receiving yards of any wide receiver in the NFL (618) and currently owns the highest average depth of target (15.6) of any receiver with at least 50 targets.

• Give DROY to Sauce Gardner now: Gardner’s 87.8 coverage grade is the highest of any starter in the league. He’s allowed only 20 catches from 46 targets for 189 yards, with two picks and 10 pass breakups.

The 2022 NFL Draft class wasn’t billed as a banner group by any means, but there have been players at two positions in particular — running back and cornerback — who have turned into immediate stars.

Here’s who made the cut for PFF’s midseason all-rookie team.

Zappe went on a fun run while Mac Jones was sidelined through injury, but the last three quarters of his game against the Chicago Bears told us to pump the breaks on the prolific college passer. Still, in his four games, Zappe racked up a 74.0 passing grade and put on a 309-yard, two-touchdown performance against the Cleveland Browns.

Kenneth Walker III and Breece Hall have lived up to their pre-draft billing and then some, but this spot belongs to Pierce at the moment because he is putting the Texans on his back as best he can so far.

The 22-year-old isn’t just good for a rookie — he’s already standing alongside the best in the NFL. He ranks fifth at the position in rushing grade (90.4), fourth in yards after contact per attempt (3.79) and third in missed tackles forced (50).

Olave already has the eighth-most receiving yards of any wide receiver in the NFL (618) and has been tremendous down the field. He currently owns the highest average depth of target (15.6) of any receiver with at least 50 targets — by over a yard and a half. That’s the definition of NFL-ready.

London’s raw stats aren’t going to tell the story because he’s a part of the most run-heavy offense in the NFL. While he is 22nd among all starting receivers in yards per route run (1.79), he’s already unquestionably the Falcons’ top passing option and boasts a team-leading 369 receiving yards.

Like the two players above him, Wilson has already come in and earned WR1 status on his team, having hauled in 42 passes for 522 yards and two scores already. Maybe the best indicator that he’s already one of the league’s top receivers is his work after the catch — he ranks third at the position in missed tackles forced (12).

Bellinger had been Steady Eddie out the gate for the Giants, hauling in 16-of-17 targets for 152 yards and two scores through seven weeks before injury struck. He fractured his eye socket against the Jaguars, so it’s not yet known whether he’ll return this season.

After receiving the Myles Garrett treatment in his first career game, Ekwonu has bounced back into the form that made him the first tackle selected last spring. He hasn’t allowed a sack or hit since Week 2 and has yielded only seven pressures in those seven games.

While we tried to give deference to those who’ve started the most games, we could not in good conscience give it to one of the other rookie starters who have legitimately struggled.

Tom has actually looked far better at tackle than guard, but the fact that he’s played over 90 snaps at both and still earned a 68.7 overall grade is quite the feat.

Linderbaum has certainly struggled with powerful nose tackles in pass protection — he’s earned a 51.4 pass-blocking grade through Week 9 — but that elite run-blocker we saw at Iowa hasn’t gone anywhere. He’s already earned a 75.1 grade in that regard, and his ability to play on the move is so crucial to their scheme.

Johnson has shown promise in Year 1, but he’s definitely been less NFL-ready than the Chargers were likely hoping when they drafted him 17th overall. Johnson has earned a 60.5 overall grade, but his 48.9 pass-blocking grade ranks 65th among 85 qualifying players at the position.

In terms of unlikelihood for a rookie draft pick, finding a legitimately above-average pass-protecting offensive tackle in the third round is incredibly high. However, Lucas has allowed only 15 pressures on 346 pass-blocking snaps for a 73.9 pass-blocking grade this season. 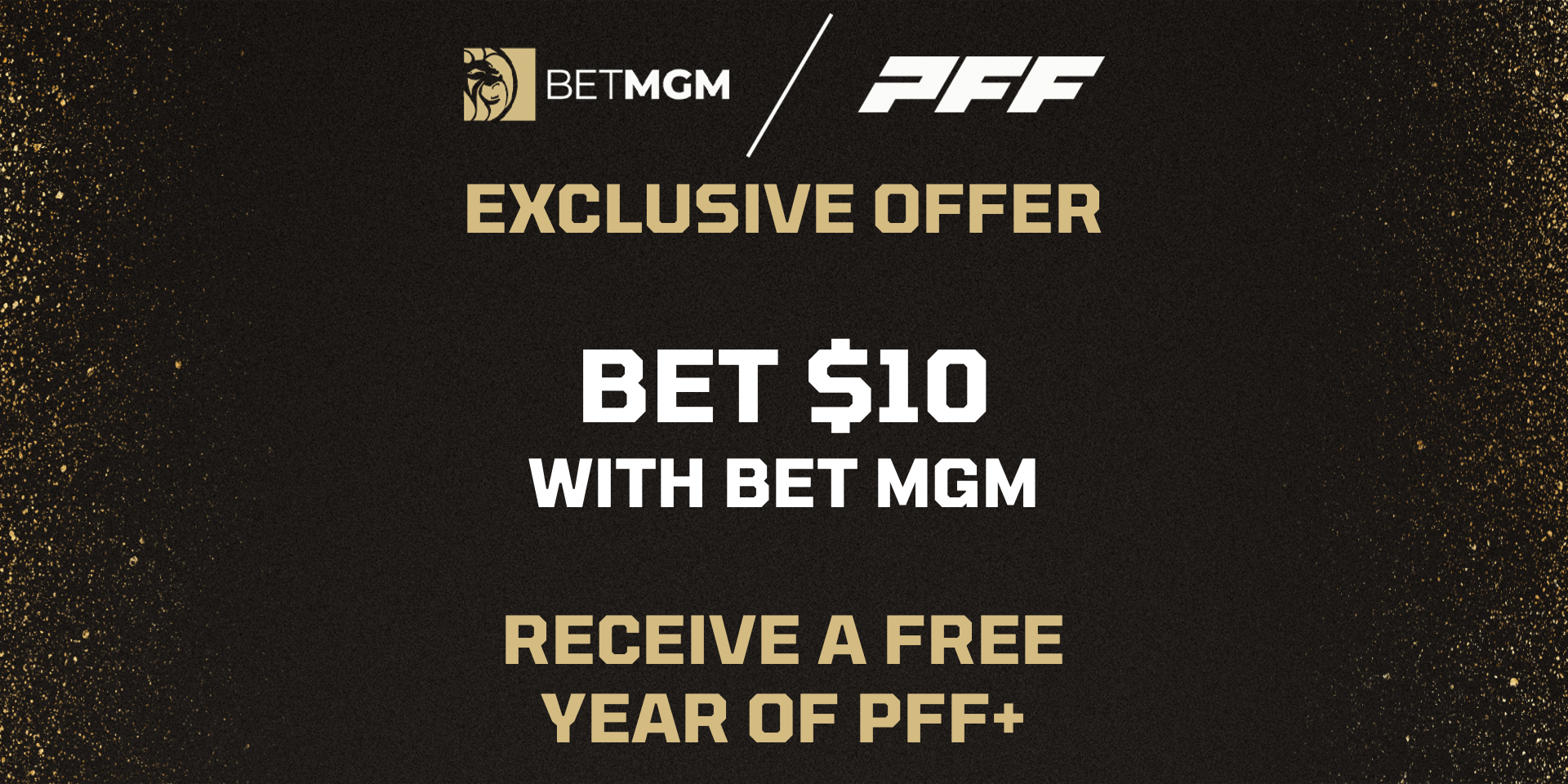 Hutchinson has been the highest-graded rookie starter on the defensive line so far, but that isn’t much to write home about in this class. He’s leading all rookies in sacks (5) and pressures (24), but his flashes have been few and far between. Through nine weeks, his 66.9 overall grade ranks 53rd among 129 qualifying players at the position.

After a slow start, the Falcons edge rusher has come on strong in recent weeks. He generated a 58.2 grade and just three total pressures over the first three weeks but a 69.8 grade with 17 pressures in the six games since.

It’s a shame Davis is sidelined with a high-ankle sprain at the moment because he has already been a true difference-maker against the run. He’d earned a 77.7 run-defense grade on 68 run snaps and recorded six run stops.

There’s no great option here, which speaks to the difficulty of making an impact early at the position. However, ion. Henningsen has been solid against the run in a limited role (119 total snaps), earning a 65.3 run-defense grade.

Starting as a sixth-rounder from Day 1 was already impressive enough. While Rodriguez has gotten picked on at times and will have to overcome a lot at his size to be a high-end starter, he’s still managed 17 stops and a 61.6 overall grade.

Lloyd started like a house on fire, but the rookie woes come for all linebackers. It’s just so tough for young players to process everything at NFL speed early on. He’s been exposed in coverage because of it and has allowed a position-leading 473 yards, but his 26 defensive stops still lead all rookies.

Gardner has been far and away the league’s best rookie starter through nine weeks, and no one has joined the elite at their respective position as quickly.

The 22-year-old’s 87.8 coverage grade is the highest of any starter in the league. He’s allowed only 20 catches from 46 targets for 189 yards, with two picks and 10 pass breakups. That’s 21 yards allowed per game!

Sauce is already a star.

Woolen wasn’t supposed to be this good this quickly. The fastest corner at the combine, he was playing wide receiver only a few short years ago, but now his four interceptions rank first at the position. He’s now had seven straight games with either a pick or a pass breakup, and the only thing pushing his 72.4 coverage grade down is his six penalties on the year.

The UDFA out of Texas A&M-Commerce has already leap-frogged several players on the depth on the depth. After being pigeon-holed as a slot-only early in the season, Kohou is now the starter in base sets. He’s earned a 74.1 coverage grade and has racked up 15 defensive stops, sixth among all corners in the NFL.

We’re only five games into Joseph’s career, and his playmaking ability is already on full display. He’s allowed only six catches from 13 targets for 67 yards and has recorded two picks and two pass breakups. That’s led to an 89.7 coverage grade and an above-average grade in every game.

Brisker has been the same tone-setter we saw at Penn State. He’s racked up 13 stops for the Bears defense, including three sacks for a 69.5 overall grade so far. Now he needs to clean up the missed tackles after missing 11 of his 62 attempts this season.