Big Ten: Illini last obstacle for Michigan before ‘The Game’ 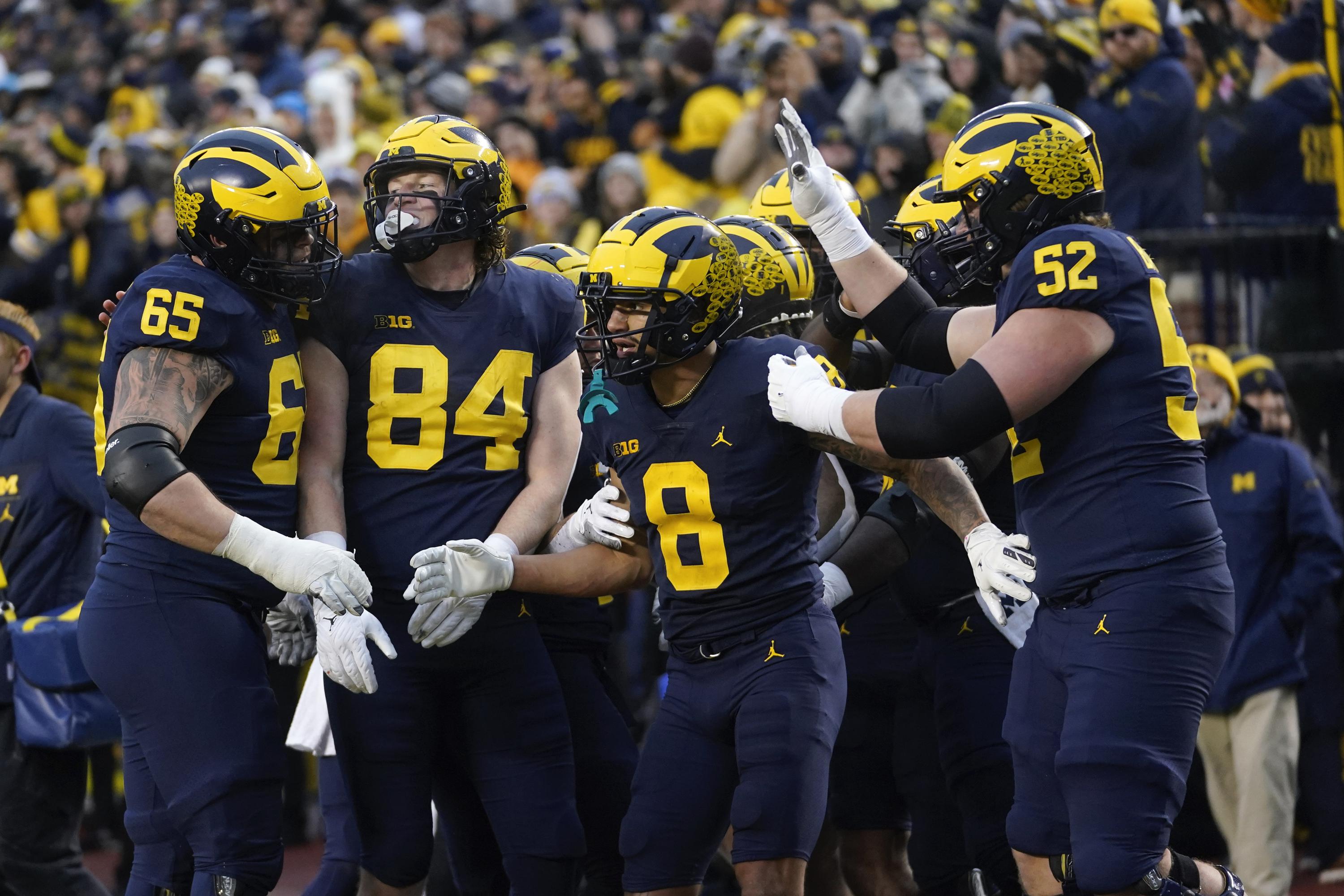 Things to watch during Week 12 of play in the Big Ten Conference:

GAME OF THE WEEK

Michigan faces a desperate Illinois team that squandered its West Division lead with back-to-back losses. The Wolverines, trying to make a second straight College Football Playoff, can’t afford to look ahead to next week’s showdown at No. 2 Ohio State. The key matchups involve elite running backs. The Wolverines are best in the nation against the run and will face Chase Brown, who leads the nation in rushing yards. He left last week’s game against Purdue with a lower leg injury but is expected to play. Illinois is sixth in rushing defense and will face Blake Corum, who has gone over 100 yards seven straight games.

The annual Floyd of Rosedale game has more at stake than just the bronze pig. It’s a West Division knockout game between two of the four teams tied for first place. Gophers QB Athan Kaliakmanis is in line to start again in place of the injured Tanner Morgan but, as usual, the focal point of the offense will be running back Mohamed Ibrahim. Iowa’s defense has faced Ibrahim three times and fared as well as any against him, allowing 4.38 yards per carry. Iowa has won seven straight in the series.

Ohio State has at least 10 wins for a 10th straight year, excluding the shortened 2020 pandemic season. … The Buckeyes’ game at Maryland will be their first visit to College Park since 2018. The 2020 game was canceled. … Michigan State LB Cal Haladay goes into the game against Indiana off a career-high 19 tackles against Rutgers, most by a Big Ten player this season. … Indiana is No. 1 nationally in opponents winning percentage, at .683. The Hoosiers’ 10 opponents have a combined record of 69-32. … Penn State has 14 players with at least one sack, tied for most among Power Five teams. … If Purdue beats Northwestern at home, the Boilermakers will have back-to-back winning Big Ten records for the first time since 1997-98.

Rutgers is a 19 1/2-point home underdog against Penn State, according to FanDuel Sportsbook. The Scarlet Knights have seven straight double-digit losses to Penn State since losing 13-10 in 2014 and haven’t beaten the Nittany Lions since 1988. Penn State is playing its best football late in the season and bucking for a New Year’s Six bowl. Rutgers must pull the upset to keep its bowl hops alive.

Wisconsin LB Nick Herbig is on a tear heading into the Badgers’ game at Nebraska. He has five sacks the past two weeks since missing the Purdue game with an injury. His 11 sacks are second nationally and his average of 1.2 per game is first. He might have easy access to whoever plays quarterback for the Cornhuskers. Nebraska has two of the lowest-rated offensive tackles in the Big Ten, according to Pro Football Focus, and surely will need help from the tight ends to keep Herbig at bay.