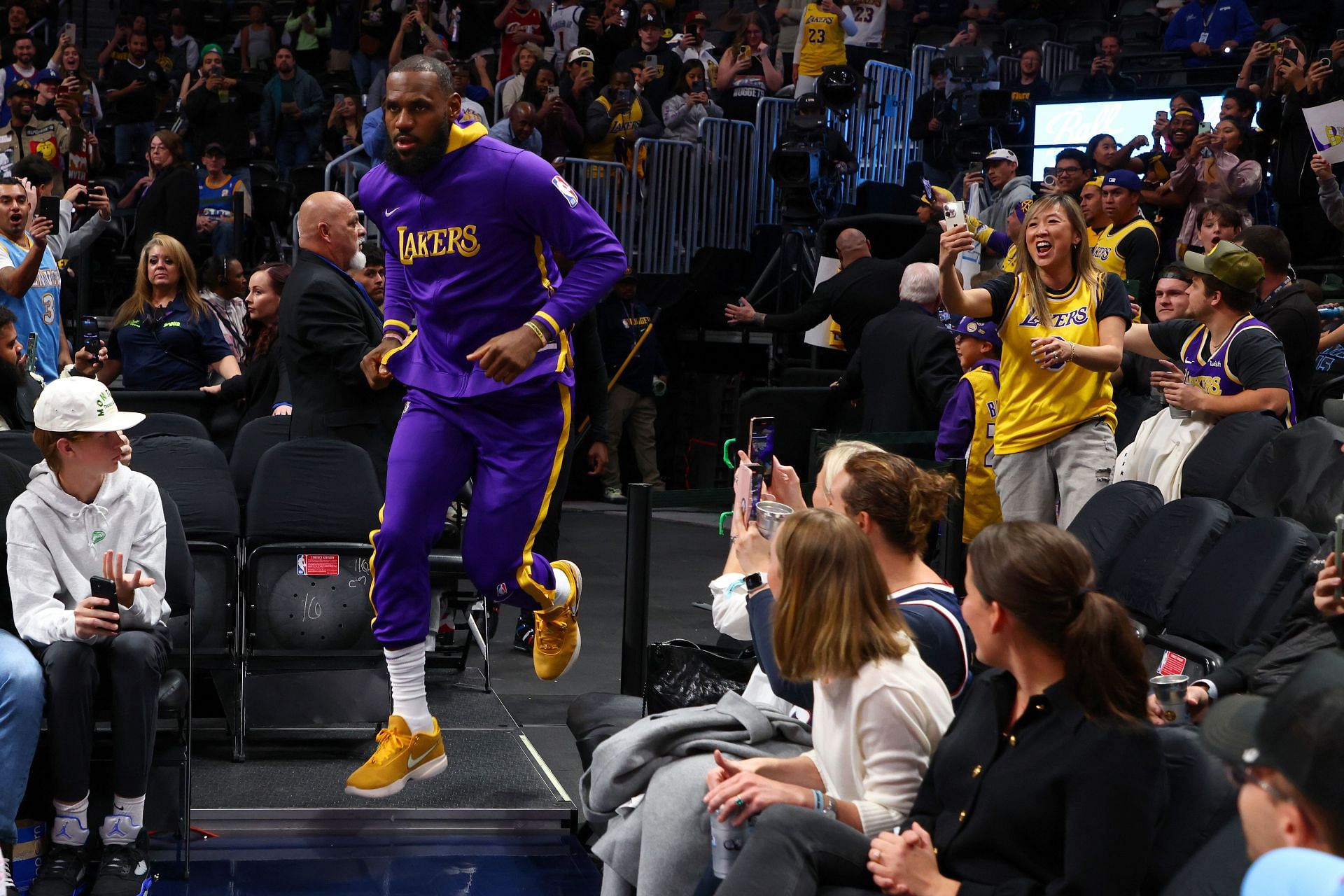 NBA superstar LeBron James remains questionable for the LA Lakers against the Detroit Pistons. James previously tweaked his groin, later called a thigh injury, in the Lakers’ closely-fought loss to the LA Clippers.

After imaging showed there were no tears, LA had originally informed the media that his status was day-to-day. The team later decided to just sideline him until he had enough time to recover.

LeBron James has been upgraded to questionable for Friday’s game against the Pistons, per the Lakers.

LeBron James has been upgraded to questionable for Friday’s game against the Pistons, per the Lakers.

The four-time NBA MVP recently joined non-contact drills, but it’s far from certain when he will return to action.

LeBron James is still posting superb numbers, averaging 24.9 points, 8.8 rebounds and 6.9 assists. His shooting, however, has taken a significant drop compared to last season. He is just hitting 45.7% from the field, the lowest since his rookie year. James’ three-point shooting has also regressed, making only 23.9% of his long-range bombs.

“King James” value to the team, however, remains as important as ever. He leads the team in scoring and is second in rebounding and assists. The Lakers still rely on his all-around versatility to help them compete.

The LA Lakers may keep him sidelined until their matchup against the San Antonio Spurs.

Former NBA All-Star Anthony Davis, however, has been carrying the cudgels for the Lakers in LeBron James’ two-game absence. AD showed that he is still a dominant force with a scintillating display against Kevin Durant and the Brooklyn Nets.

Davis’ performance broke an alarming five-game losing streak to hike their record to 3-10. AD finished with game-high 37 points and 18 rebounds with just one turnover. If the eight-time NBA All-Star can replicate that performance tonight, they can defend their homecourt against the undermanned Pistons.

Anthony Davis is averaging 24.3 points, 11.2 rebounds, 2.5 assists, 1.3 steals and 1.8 blocks. His work on the defensive end could make him a legitimate NBA Defensive Player of the Year contender.

The Lakers have listed AD as probable, which means he’s likely playing tonight.

Reigning NBA Defensive Player of the Year winner, Marcus Smart sat out the Boston Celtics’ huge win over the Atlanta Hawks. Smart’s status was probable but was later downgraded to out hours before tip-off in Atlanta.

Smart was dealing with ankle inflammation after the Cs’ win versus the OKC Thunder last Monday and likely wanted to give him extra time off.

#NEBHInjuryReport for tomorrow vs. New Orleans:

The Celtics have officially listed him as questionable on the road against the New Orleans Pelicans. If his ankle improves even after the shootaround, Boston could allow him to see action.

If Smart continues to be in street clothes, Derrick White could take the starting point guard role. Fortunately for the Celtics, Malcolm Brogdon has been upgraded to probable, which should boost Boston’s backcourt rotation.

NBA All-Star Jarrett Allen previously missed the game against the Minnesota Timberwolves due to left ankle soreness. He wasn’t with the Cleveland Cavaliers when they took on the Milwaukee Bucks the following game due to non-Covid illness.

The Cavs have listed him as questionable against the Charlotte Hornets but might choose to let him heal his ankle as he recovers from illness.

Cleveland will have back-to-back games against the Miami Heat and the Atlanta Hawks after the Hornets game. Allen could come back in one of those games or wait until November 23 as the Cavs take on the Portland Trail Blazers.