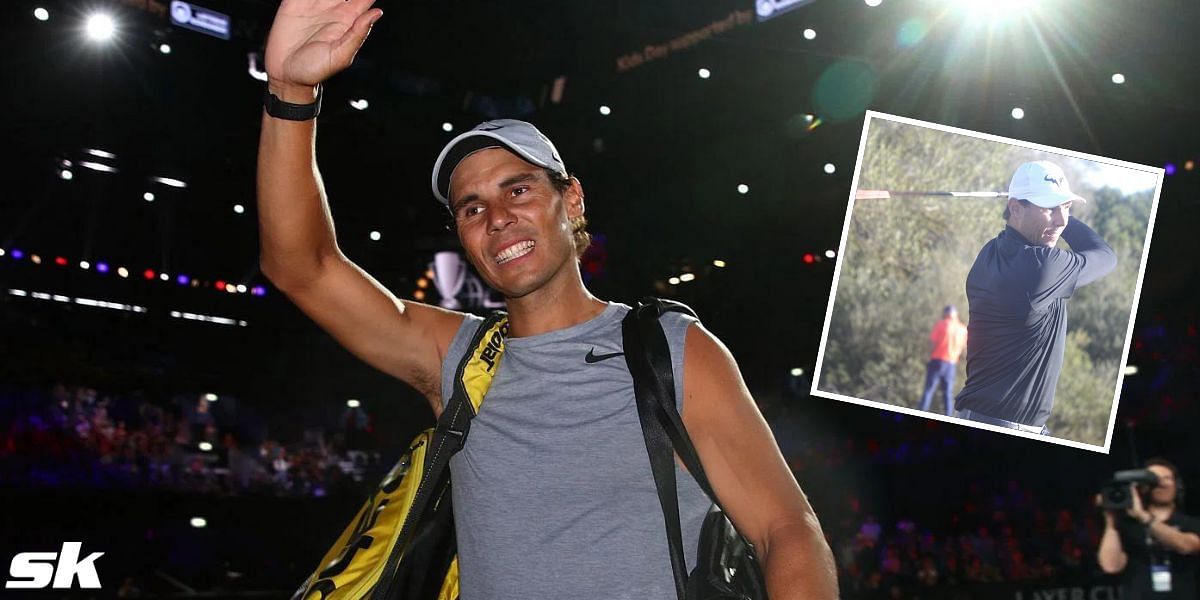 Rafael Nadal spent the first weekend of his tennis off-season on a golf course back home in Spain. The Spanish tennis great joined his uncle, former Barcelona soccer star Miguel Angel Nadal, as the duo participated in the Doubles Balearic Golf Championship in Palma, Spain, this past weekend.

The Spaniard played his last match of the tennis season on Thursday at the 2022 ATP Finals, capping off the season with a group-stage win over eventual finalist Casper Ruud. He flew back home and participated in the golf tournament from Saturday, November 19, to Sunday, November 20. The nephew-uncle duo finished in 19th place with a total score of 149 – 17 shots more than the winners.

Nadal is an avid golfer and often chooses to participate in golf tournaments across Spain during his time away from the tennis circuit. Back in June this year, the 36-year-old finished 5th in the Balearic Golf Championship in Mallorca, shortly after winning his 14th French Open title, before flying to London for the Wimbledon Championships.

Earlier this year, he spoke about his interest in golf, admitting that he likes to pursue his other sporting interests whenever he gets some time off from the intense tennis schedule.

“I play golf. It’s true that because of tennis, today, I’m not able to practice a lot of sports. I try to be in touch with nature as much as I can. And just try to enjoy the free time with family and friends,” Nadal said, in a video posted by TennisTV.

After his 2022 season came to an end at the ATP Finals last week, Rafael Nadal opened up about his plans during the off-season and the 2023 pre-season. By playing in the golf tournament in Palma, the Spaniard stayed warm for his upcoming exhibition tour in South America with world no. 3 Casper Ruud. His week-long South American tour kicks off on Wednesday.

After returning home, he plans to enjoy spending time with his family, especially his newborn son Rafael. He then aims to leave no stone unturned in preparing for the 2023 season.

“Then going to be back home and try to enjoy little bit the fact that I will be home for a while, family and work,” the 22-time Grand Slam champion said in a press conference at the ATP Finals. “Well, work? For me is not work, is practice. Just practice, try to make the right plan to be able to stay healthy enough and to stay ready for the beginning of the next season,” he added.

After a six-month-long layoff in the second half of the 2021 season, Nadal had a stellar 2022 season, during which he won four tournaments, including two Grand Slams. He finished the season at No. 2 in the ATP rankings.