“No way I could leave them” 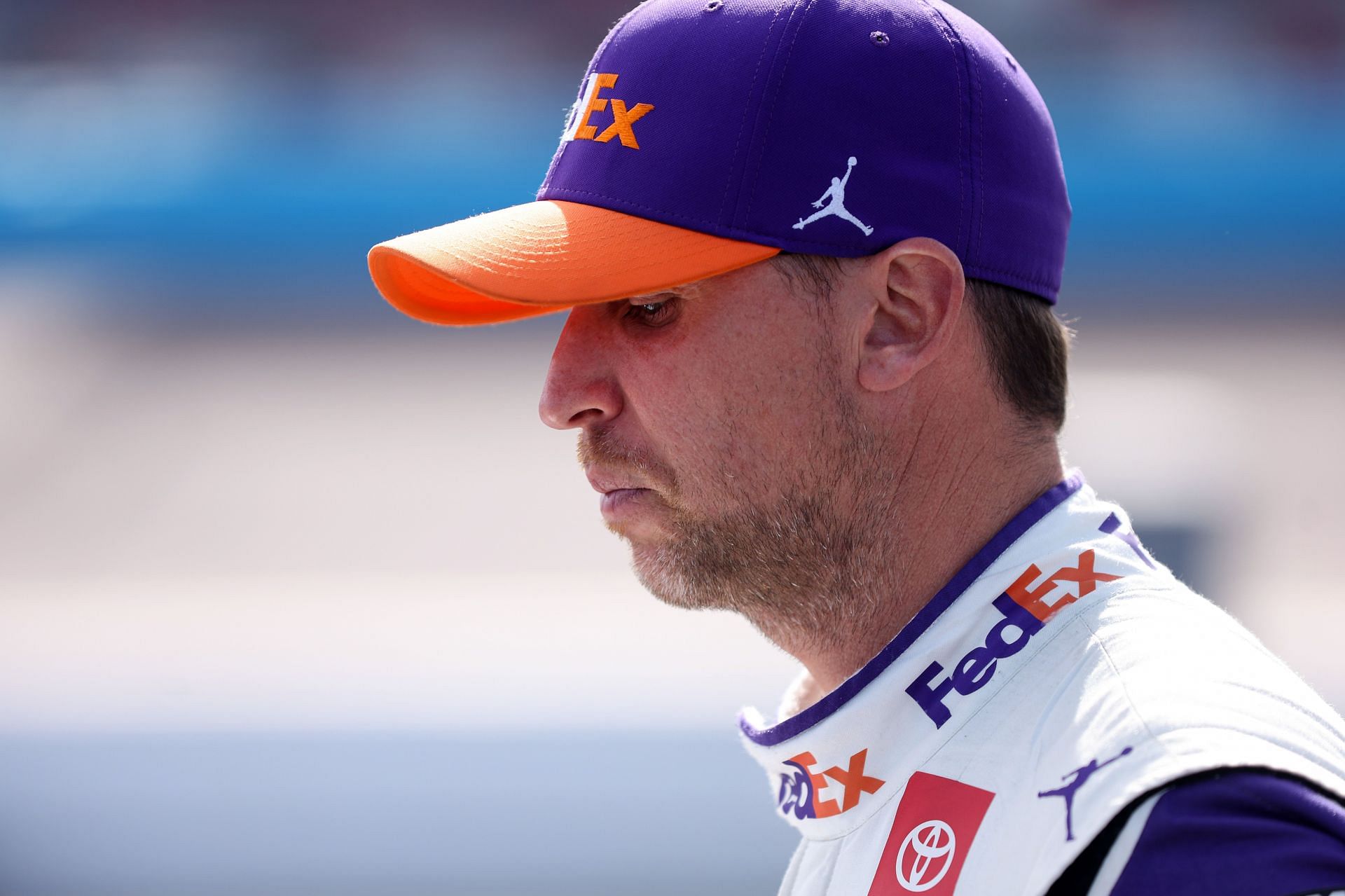 Denny Hamlin, the driver of #11 FedEx for Joe Gibbs Racing, made his debut in the NASCAR Cup Series in 2005 and has been competing in the sport as a full-time driver since 2006. With 48 wins under his belt and 312 top-10 finishes in 18-years of Cup career, Hamlin is arguably one of the best active drivers.

Hamlin has raced for the same team for his entire NASCAR Cup Series career. Not only that, but he has also had the same sponsor with FedEx the whole time and wants to keep it that way.

On this day in 2009, Denny Hamlin won at Homestead!

On this day in 2009, Denny Hamlin won at Homestead! https://t.co/lrRobOOfDK

During a May recording of the Dale Jr. Download podcast, Dale Earnhardt Jr. asked Hamlin whether he would leave Joe Gibbs Racing and end his career driving for his own team. In reply, Hamlin said if his sponsor FedEx doesn’t renew, he would like to retire from Joe Gibbs Racing with FedEx.

Hamlin’s contract with FedEx will expire at the end of the 2023 Cup Series season, and next season could be it for the driver of the #11 Joe Gibbs Racing Toyota.

If Denny Hamlin’s long-time sponsor FedEx doesn’t extend, which will likely be moving elsewhere in the 2024 season, he doesn’t seem too interested in continuing to compete full-time.

Further on the podcast, Hamlin said:

“I just don’t want the performance to decline where I don’t think I can win every week. I don’t want to get in a worse car, because it’s going to expose me in a big way. I’d rather just kind of keep things as they are and when that’s done, I’ll be done.”

If Denny Hamlin retires as a driver, he won’t be stepping away from the sport. The 42-year-old co-owns 23XI Racing with Michael Jordan, who currently fields two cars – #23 and #45.