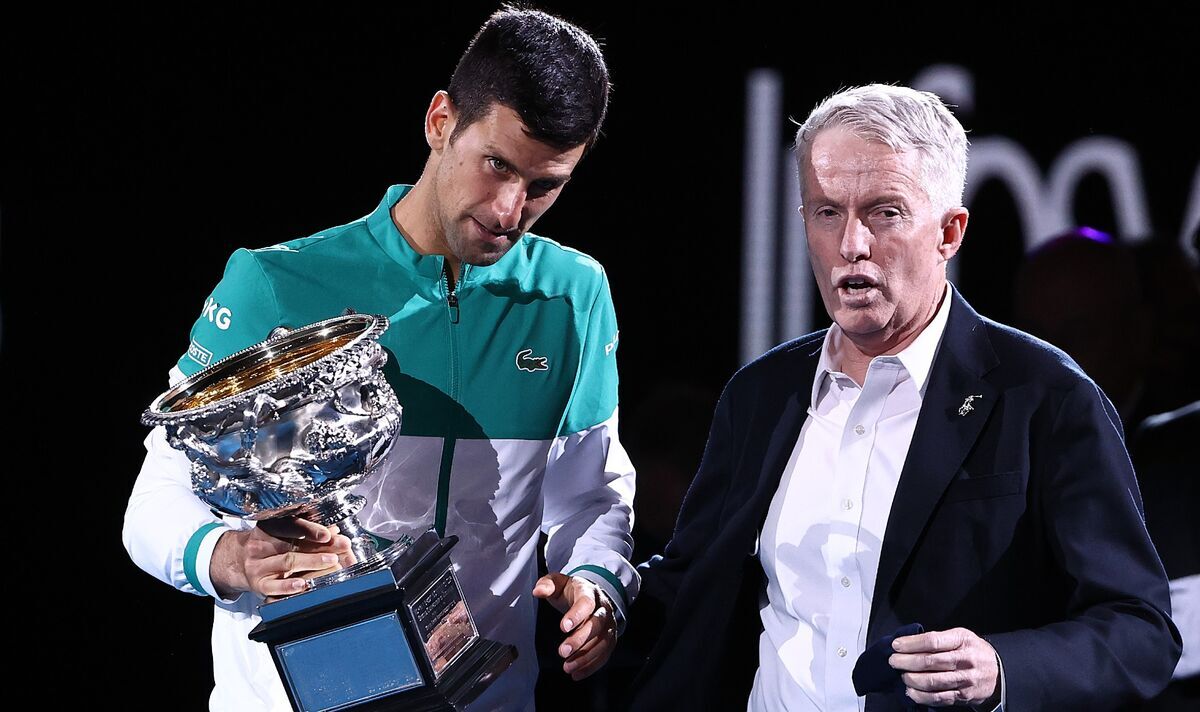 The Australian Open tournament director has defended his role in Novak Djokovic’s ordeal at the start of the year that saw him deported after his visa was cancelled twice. The world No 5 has already learned that he will be allowed to return in time for the 2023 edition of the tournament after his three-year ban was overturned, and Craig Tiley claimed that Djokovic would receive support from the crowd despite the controversy of his visa saga in January.

Djokovic will be back at the 2023 Australian Open after being deported on the eve of the tournament at the start of this year. The Serb arrived in Melbourne with a medical exemption provided by Tennis Australia but had his visa revoked as he was held in an airport for questioning and then taken to a government detention hotel.

He successfully appealed to have his visa reinstated but it was cancelled for a second time by then-Immigration Minister Alex Hawke and Djokovic’s second appeal failed, seeing him kicked out of the country. Australian Open tournament director Craig Tiley has now defended the role he and Tennis Australia played in the 35-year-old’s ordeal at the start of the year, claiming they tried their “best”.

JUST IN: Murray shows off painful new injury which will slow down 2023 plans

The 60-year-old explained how tough it was to stage the Australian Open in 2021 and 2022 while there were Covid restrictions, maintaining that Tennis Australia made every effort despite the controversy caused by Djokovic’s visa saga in January. He continued: “Everyone went through a difficult time during COVID … We were able to put the event on both times [in 2021 and 2022] and the support of the Victorian government was magnificent, and we showcased sport to the world.

“We were the first to do it both times, globally, and so I look back at it more with pride … Yes, there were many things that happened around it, but it was not to be unexpected because it was an environment none of us had ever experienced. When we look back – I think we did our best and … I can guarantee you that the same thing will happen today and the same thing will happen tomorrow.”

While Djokovic divided opinion when he entered the country unvaccinated ten months ago, Tiley also said he thought fans at the Australian Open would show support for the nine-time champion when he returns in 2023. “I have a great deal of confidence in the Australian sporting public and our crowds – we’re a very fair crowd. We celebrate success, and we reward that,” he explained.

But the Aussie Open director hinted that he thought a rising young star could upset Djokovic in his quest to win a 10th title at Melbourne Park despite the Serb’s recent dominance to end the 2022 season. “I think this could be the year … I’ve been around long enough to know that the Australian Open unearths and uncovers the greats of the future,” he admitted.

Tiley wasn’t ruling Djokovic out though, as he added: “If you look at [Djokovic’s] form – you can argue he’s the best player in the world. He’s an unbelievable tennis player and this is the place he’s won the most … He’ll be very hungry to not let the young guns on the men’s side take the title from him.”