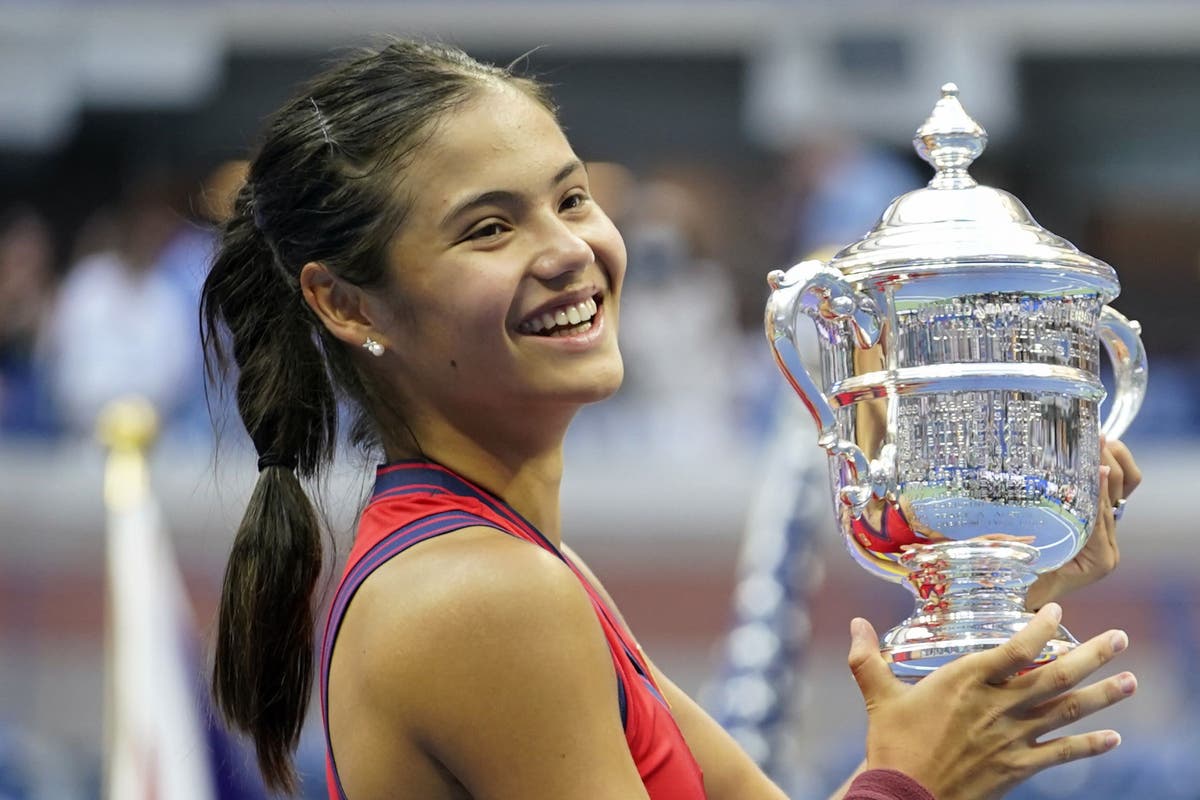 Tennis sensation Emma Raducanu is to collect her MBE on Tuesday.

She was awarded the honour after an incredible US Open victory in 2021, making her the first British woman to win a grand slam since Virginia Wade in 1977, and the first qualifier of any nationality to do so.

The victory over Canadian – and fellow teenager – Leylah Fernandez 6-4 6-3 at Flushing Meadows came when she was just 18 years old.

She is due to collect her award, given for services to tennis, at a ceremony at Windsor Castle.

Isaac Julien, the Turner prize-nominated artist and filmmaker, is also set to collect his knighthood for services to diversity and inclusion in art.

Former footballer Gary Bennett whose work with the Show Racism The Red Card group is among the other MBE recipients, along with former Test cricketer Hugh Morris. The batsman has been awarded an MBE for services to cricket and charity.