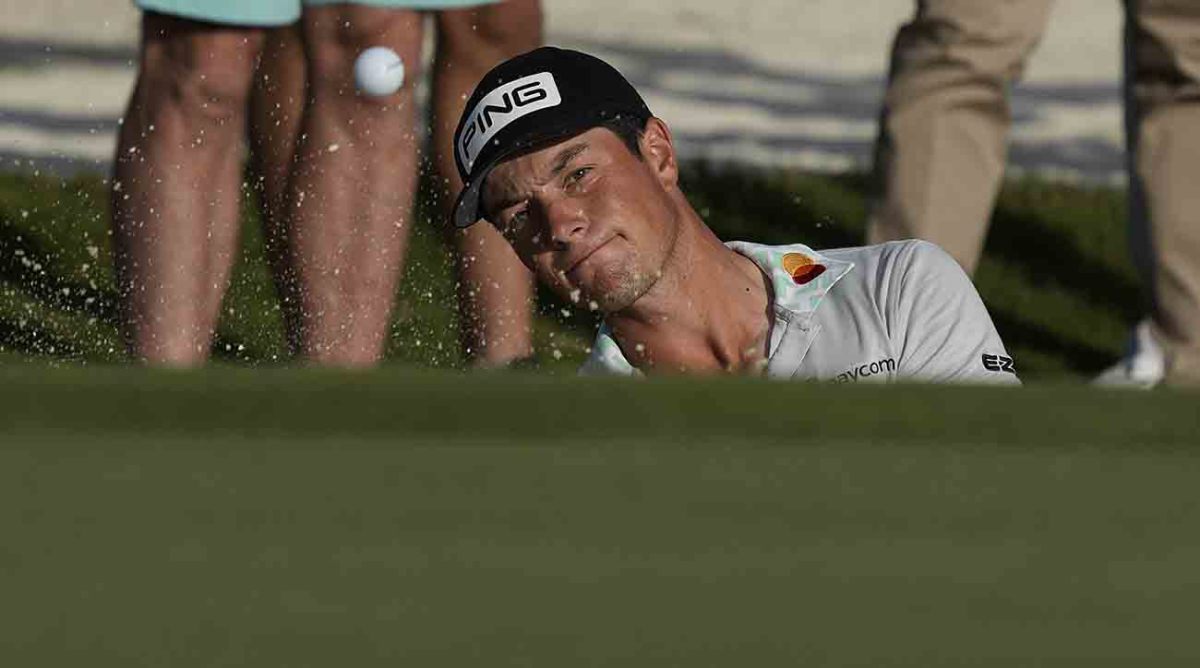 Like many players who have commented on the subject, Viktor Hovland is happy to see the best players in the world come together more often and play for more money. But he knows he is giving up some freedom for that to happen and hopes that as it plays out, adjustments can be made.

The PGA Tour is embarking on a bold new plan in 2023 that will see many of the top players compete in the same events. Outside of the major championships and the Players, there are 12 tournaments where virtually all of them will be. And some of those tournaments mean players will have to add events they would not have played otherwise.

Jon Rahm cited a couple of examples. And so did Hovland, who is willing to give it a try but has concerns.

“With the schedule being as dense as it is, it’s going to be tough to play all those events,” said Hovland, who won the Hero World Challenge on Sunday. “I think in a singular year you can make that work easy, but I hope the future of my career is not going to be scheduled in that way where I’m basically forced to play 23, 24 events or 25 events a year.

“Now, I might do that in a certain year, but I think being essentially forced to do so is not how I would like to have my career look in the future.”

The new plan will require players who want to earn Player Impact Program bonus money to play in 20 events (with one potential opt-out), only three of which they can choose. For Hovland and Rahm, who are from Norway and Spain, respectively, there is even more pressure because they are DP World Tour members who are required to play a minimum of four events on that tour outside of the majors in order maintain membership and be eligible for the Ryder Cup.

Rahm had originally expressed some concern but said last week that he is on board with the idea of playing a few places he has not in the past, such as the Wells Fargo Championship and the Travelers, both elevated events this year.

Hovland was more about wanting to see how it plays out.

“Just looking at this schedule and with the amount of traveling, it’s something that it doesn’t look too great,” he said. “But we’ll see what happens.

“Obviously we want the PGA Tour to become a better product and there’s going to have to be some give and take. I’m open to give a little bit of the freedom of picking a schedule to create a better product, but at the same time I don’t want to give up that freedom if that means that … if it’s not worth it, essentially.

“And what that looks like, I don’t know, but having the freedom to pick and choose whatever events you want to play in is pretty nice. But at the same time I think the more often the best players in the world meet and play against each other, I think that’s better for everyone, but there’s a lot of other details that have to be taken care of.”