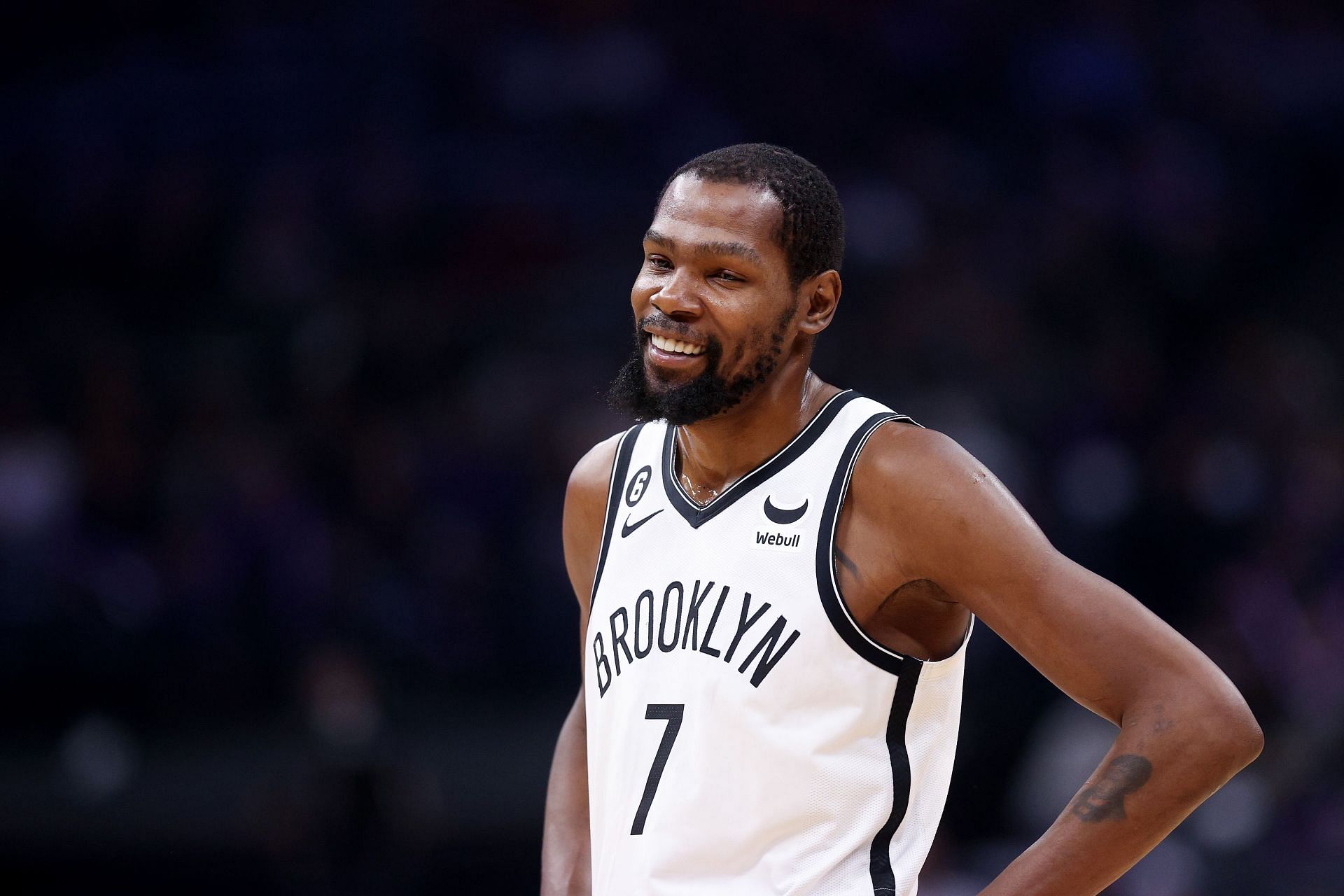 The NBA sees some interesting storylines today. Brooklyn Nets superstar forward Kevin Durant has revealed the reason behind his Twitter profile picture. In other news, LA Lakers All-Star forward Anthony Davis had to leave the Lakers’ Tuesday night game versus Cleveland early due to flu-like symptoms.

Kevin Durant has been using a Twitter profile picture from the Disney movie ‘Tangled’ for a while now. The picture features one of the movie’s lead characters smirking while multiple swords are pointed at his face. During a recent interview with Boardroom, Durant explained why he chose the picture and how he relates to it. Here’s what he said:

“Because I feel like, a lot of people got their knives aimed at me and I’m just back just chillin’ with a smirk on my face.”

It was a pretty straightforward answer and most would agree it makes sense given all the hate Durant has received over the years. However, Durant has been known to fire back at his haters from time to time.

Anthony Davis left the LA Lakers’ game against Cleveland in the first quarter on Tuesday night due to flu-like symptoms and did not return. Davis finished with just one point, three rebounds and two assists in eight minutes. This comes after Davis had scored a total of 99 points over his previous two games with back-to-back season-highs of 44 and 55 points.

The Lakers were also riding high on a three-game winning streak led by Davis, entering the game. However, they lost 116-102 without him to fall to 10-13 and 13th in the Western Conference.

It’s a tough blow for Lakers fans, but luckily it’s only an illness and not an injury for the star big man.

Watch: LeBron James’ return to Cleveland is welcomed by deafening crowd cheers and a tribute video from Cavaliers.

On Tuesday, the NBA announced that it will be handing out newly designed end-of-season awards trophies. However, they will also be awarding one entirely new award as well. The new trophy, named the Maurice Podoloff trophy, will be given annually to the team with the best regular-season record. The NBA described the trophy as follows:

“Named after the NBA’s first commissioner Maurice Podoloff, this trophy is presented to the team with the best record after 82 regular-season games and features elements that represent the season and both conferences.”

Named after the NBA’s first commissioner Maurice Podoloff, this trophy is presented to the team with the best record after 82 regular season games and features elements that represent the season and both conferences.

Named after the NBA’s first commissioner Maurice Podoloff, this trophy is presented to the team with the best record after 82 regular season games and features elements that represent the season and both conferences. https://t.co/SRS2Ng7Nux

NBA fans often mock teams that achieve success in the regular season but not in the playoffs. Many teams also rest their players towards the end of the season. So this is certainly a big change. However, NBA teams still play a massive 82-game schedule. So it makes sense that the league is trying to provide more incentives for teams to be competitive.

“I am so proud of him. He has not only lived up to expectations, but he is coming into his swagger every single game. Tonight, in overtime, he just took over, getting to the rim and doing all the necessary things to try and win this game. He has to keep that going.”

“His aggressiveness from last year has carried over to this year. This year, he has been attacking the rim and shooting his shots. As long as he continues to put the work in, he’ll learn game-by-game, season-by-season as he continues to grow.”

There was also some history made in the Rockets versus Sixers game on Monday. Rockets center Alperen Sengun finished with just eight points, eight rebounds, and one assist before fouling out in the win. Still, Sengun became the youngest center in NBA history to reach 1000 points and 200 assists.

Sengun has already drawn comparisons to some of the top passing big men in the NBA, including reigning back-to-back MVP Nikola Jokic. Jokic has now moved down to fifth on the list of youngest centers to reach 1000 points and 200 assists. So this is just another step forward for Sengun as he continues to develop into one of the NBA’s most skilled big men.