George Kambosos Jr On 2023: “I Got Something To Prove” 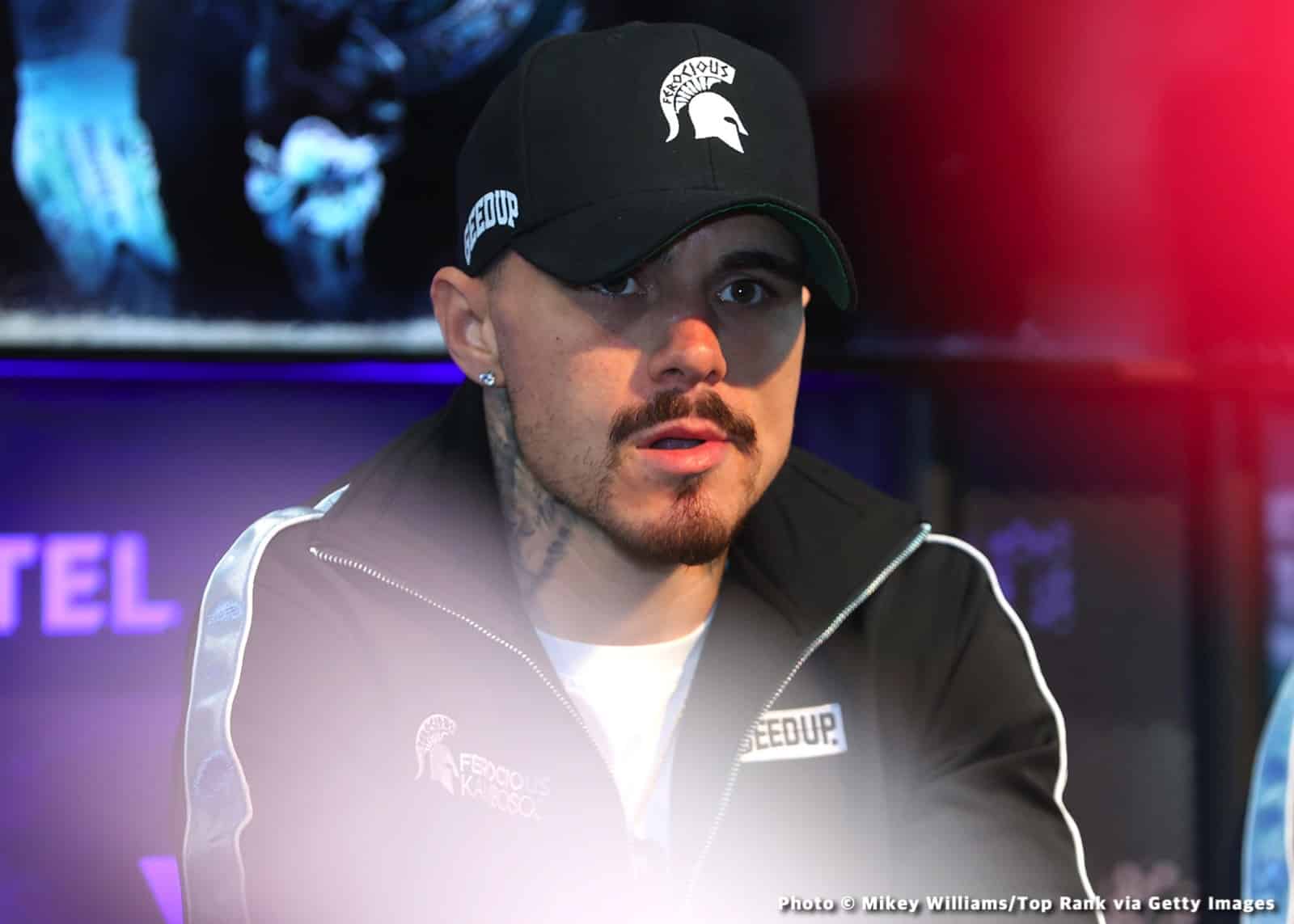 By Craig Daly: George Kambosos Jr says he’s “got something to prove” in 2023 after losing his last two contests at the hands of Devin Haney in front of his own fans in his native Australia.

Kambosos Jr (20-2, 10 KOs) is expected to take a tune-up level fight to get him used to winning again. He recently turned down a fight against Shakur Stevenson that would have likely paid well, but it would have been a hugely risky fight for him.

Interestingly, Kambosos didn’t mention rejecting the Shakur fight when he posted on Twitter about him having something to prove in 2023.

It’s vital that his handlers not match him too high because he could lose again, which would signal the end of his usefulness as an opponent for talented top-tier fighters like Gervonta ‘Tank’ Davis, Vasyl Lomachenko, Frank Martin, and Shakur Stevenson.

Kambosos getting one or two good paydays as a B-side opponent might be as good as it gets before he’s used up what’s left of the cache he got from his upset win over the confused Teofimo Lopez.

The defeat against Haney last June did a number on the former IBF, WBA, WBO & Ring Magazine lightweight champion Kambosos Jr’s popularity, as he went from fighting in front of 53,000+ fans at the Marvel Stadium in Melbourne to competing in front of 14,000 at the Rod Laver Arena in that city.

Every Time I Fall, I Go Even Harder. I Got Something To Prove In The Year Of 23 🔥🥊 pic.twitter.com/w4nYQjTwb9

Ideally, Kambosos should drop down to super featherweight [130] and go after one of the top contenders in that weight class to put himself in a position to challenge for a world title.

At 135, Kambosos is too tiny, weak & slow to beat the best in the weight class, and his career will be over if he mixes it with any of the top five guys.

If Kambosos moves to 130, he’s got a chance of winning another belt as long as he’s moved career, steering him away from Emmanuel Navarrete, Oscar Valdez, Hector Luis Garcia, and Shavkat Rakhimov.

As far as Kambosos’ tune-up at 135 for his next fight, these are good options:

If Kambosos can’t be trusted to beat those fighters, he needs to move down to super featherweight or retire because these are fringe-level guys.

Jamaine Ortiz (16-1-1, 8 KOs) is probably too good for Kambosos, but if he can’t beat this fighter level, he doesn’t belong at lightweight. Ortiz would have likely done a much better job against Haney than Kambosos did in his two fights.

Many boxing fans feel that Kambosos was an accidental champion, a fighter that took advantage of an injured & mentally fragile Teofimo Lopez in November 2021 to capture his four belts.