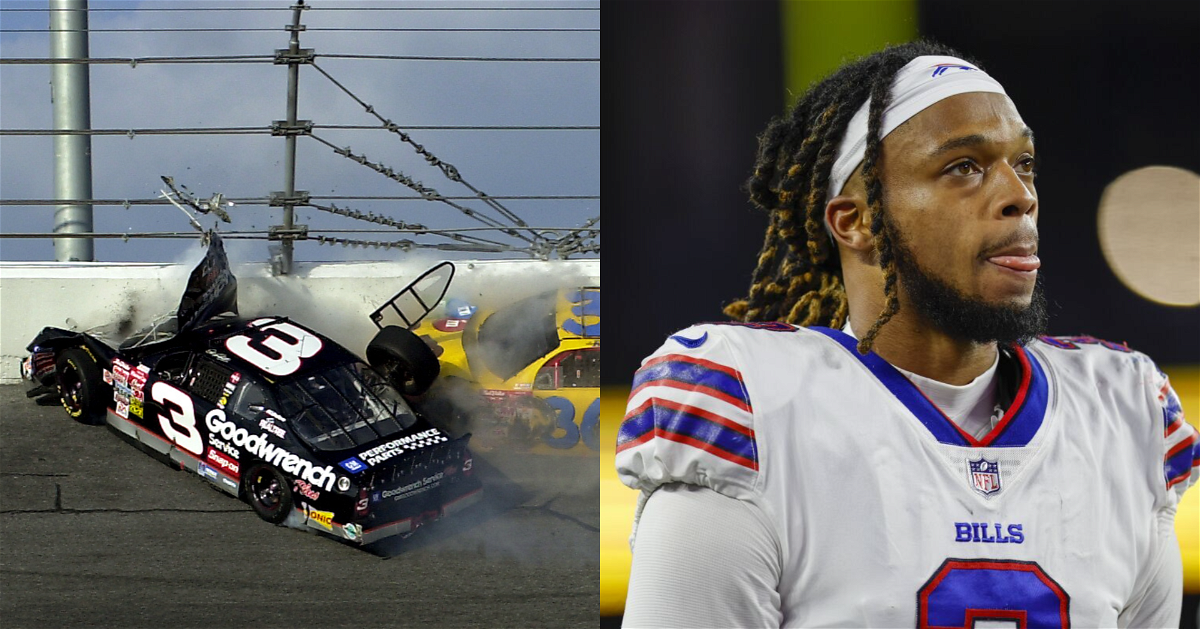 There are some incidents in the history of NASCAR that have stayed in the collective consciousness of the sports community. One such incident was the unfortunate and tragic passing of Dale Earnhardt in 2001.

Toward the end of the DAYTONA 500 in 2001, Earnhardt crashed into the wall and endured fatal injuries. But before the announcement of his passing was made public, everyone expected him to walk away from a wreck that didn’t look as bad.

The haunting memories of this incident once again shot up to the surface in the fan’s minds when the safety of the NFL team Buffalo Bills, Damar Hamlin, unexpectedly collapsed in the middle of their game against the Cincinnati Bengals and suffered a cardiac arrest.

Hamlin was transported to a nearby hospital through an ambulance soon after, and his condition is said to be critical.

The way the events unfolded on Monday Night’s big game reminded the fans of what happened on that wretched day at the Daytona International Speedway, when not just NASCAR, but the world lost one of the most dynamic and influential sporting personalities.

What added to the eerie factor of the whole situation was that both Earnhardt and Hamlin had #3 as their number.

It only just occurred to me that Damar Hamlin wears the same number as Dale Earnhardt. Sincerely hope this #3 has a better outcome.

I was just thinking, the last time I felt like this helpless feeling watching a sporting event was Dale Earnhardt. Then my next thought was Damar Hamlin and Dale were both #3. #prayersforHamlin

I remember watching an eerily similar scene when another 3 (Dale Earnhardt) hit a wall in Daytona years ago. Different sport but the same helpless emotions. Prayers for Damar Hamlin (#3 Buffalo Bills)

Could a HANS device have saved Dale Earnhardt?

One of the biggest discussions after the passing of Dale Earnhardt in that wreck centered around a question – Would Earnhardt have survived if he was wearing a HANS device?

Of course, the question mark on this becomes bigger when you consider the fact that Earnhardt himself refused to wear it.

But in 2011, after a decade from that day, some experts concluded that it’s unclear whether the HANS would have saved Earnhardt, but it would certainly have made a difference.

“I believe that when Dale Earnhardt Sr.’s car hit the wall and the belts from his safety harness were loaded by the impact that a HANS Device would have kept his head back. That likely would have produced a better outcome under the different scenarios that have been proposed,” an expert said, according to AUTO 123.

“This is what it seems like to me, but we don’t really know for sure.”