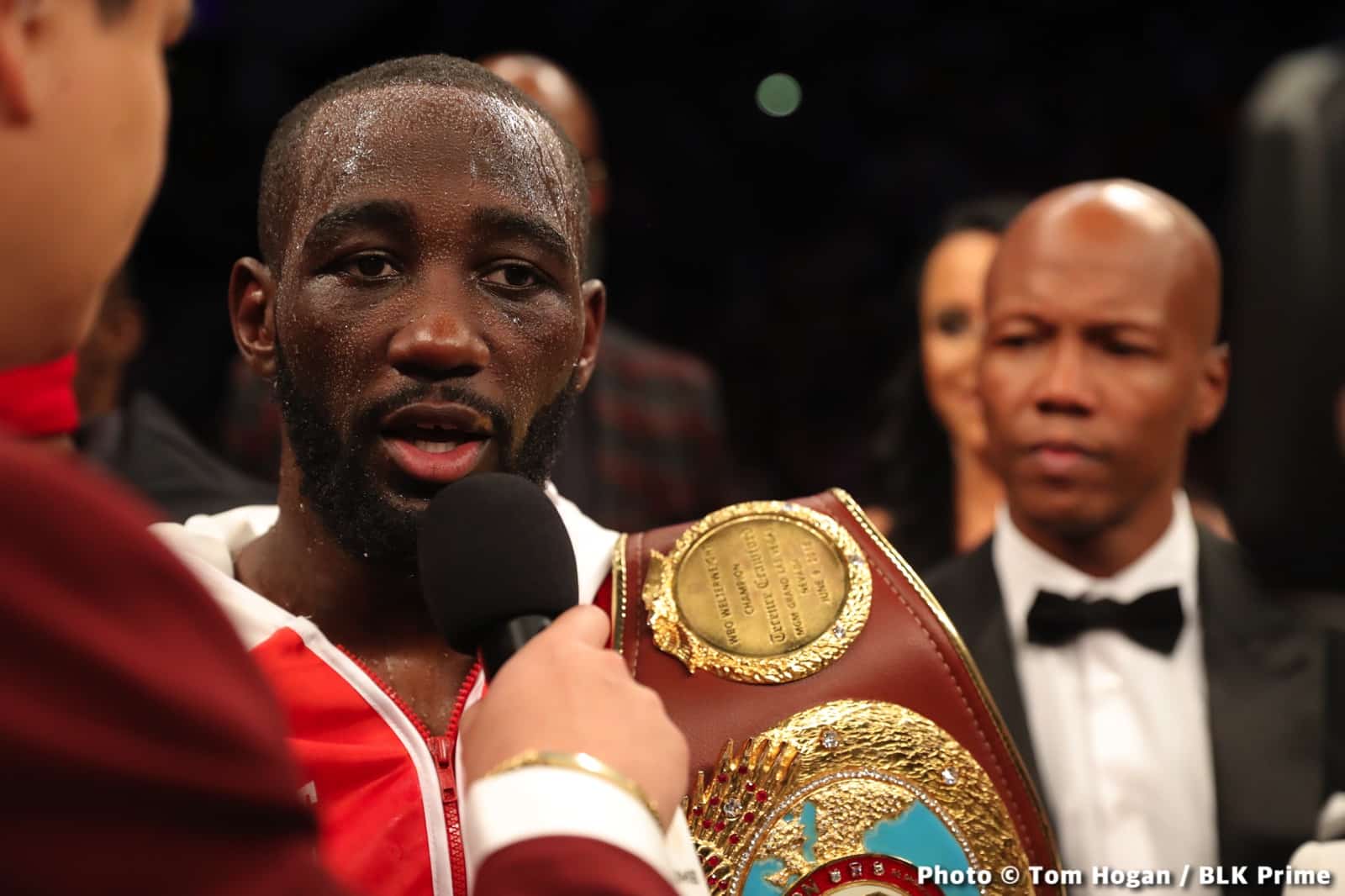 By Huck Allen: Errol Spence Jr’s trainer Derrick James isn’t optimistic about a fight with Terence ‘Bud’ Crawford happening at this point after the Nebraska native acted impetuously by suddenly, without warning giving up on talks to accept an offer by BLK Prime to fight David Avanesyan.

Crawford’s impulsive move may have dire consequences, as the PPV numbers for his fight with Avanesyan have destroyed any chances of him negotiating a fight with IBF, WBA & WBC welterweight champion Spence (28-0, 22 KOs).

The pay-per-view numbers are rumored to be so low that any attempts by Crawford to restart negotiations with Errol may result in him being laughed out of the room.

On the one hand, it’s great that the 36-year-old Crawford supposedly got a $10 million+ payday from BLK Prime for his voluntary defense against Avanesyhan, but on the other, he may have destroyed his ability to ever fight Spence.

At this point, Crawford made his bed with BLK Prime, and he might as well live in it. Instead of wasting time trying to put together a fight that can no longer be negotiated with Spence, Crawford might be better off facing fellow BLK Prime fighter Adrien Broner and hoping that the fight will pull in respectable enough numbers to improve his negotiating position for a fight with Spence.

“I think that it may not happen because, remember, his perspective of who he is [different] than what the numbers say, and those things are not going to add up.

“He shouldn’t think any less of himself, but, in reality, you have to understand what the market says, and the market says no,” said James of Crawford.

To be sure, there’s always the possibility that the Spence-Crawford fight can still be put together, but it’ll require that Crawford humble himself when it comes to the negotiations by taking a worse deal than what he was offered before foolishly walking away from the talks.

As long as Crawford doesn’t let his pride get in the way, he can negotiate a fight with Spence, and if he wins, he’ll get a better deal in the rematch if there is one.