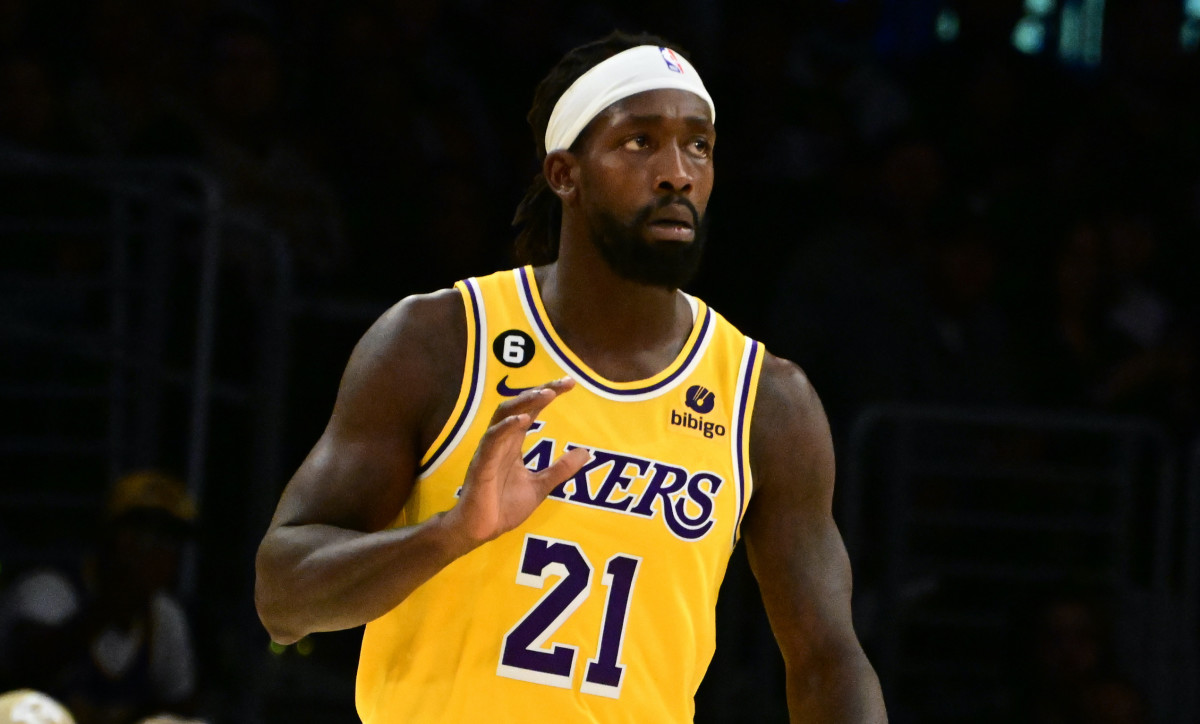 Your Los Angeles Lakers did their job tonights against a struggling Charlotte Hornets team, holding on late to snag a pretty essential must-win road victory, 121-115. The team was of course mostly powered by its one healthy All-Star, power forward LeBron James, who poured in 43 points on 16-of-26 shooting from the floor and 11-of-15 shooting from the charity stripe. He also grabbed 11 rebounds, dished out six assists and swiped one steal.

That was all achieved with little thanks to starting shooting guard Patrick Beverley, whose $13 million salary continues to burn a hole in the LA front office’s pockets. In 32:23, Pat Bev scored a mere six points on 2-of-7 shooting (although it least both makes were triples?), but he also pulled down seven rebounds and snagged three blocks.

He did register two assists on the night, but perhaps his most memorable on-court moment was one dime that didn’t connect.

That’s right, while on a two-on-one fastbreak, with a clear line to the rack, Patrick Beverley gave up a sure-fire layup to try a tough alley-oop pass to a trailing James. NBA Twitter was, as you can tell, not impressed.

The Carlton comp is cruel but perhaps necessary. Cuffs The Legend supplied his own mocking voiceover narration to post-pass reactions from James and LA head coach Darvin Ham.

…Or our lord and savior.

Why is this guy still starting? It feels pretty clear from where we’re sitting that, when everybody’s healthy, Darvin Ham should either shift Lonnie Walker IV down to shooting guard and permanently promote Troy Brown Jr. to small forward, while Dennis Schröder runs point, or promote Austin Reaves to either shooting guard or small forward alongside Walker in the team’s first five.