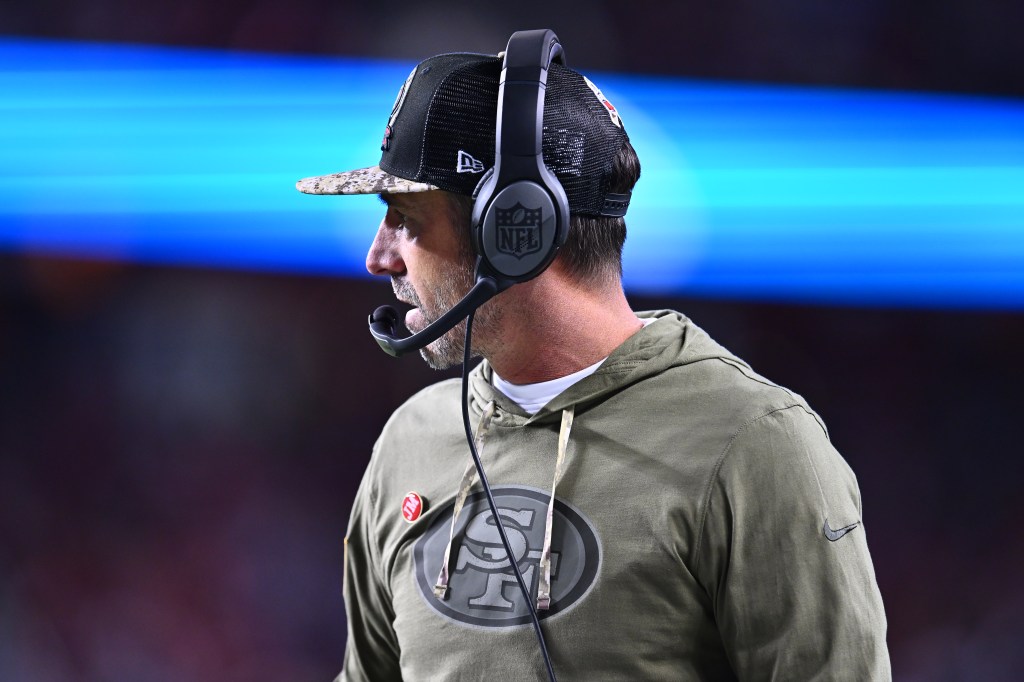 The 49ers coach was direct but not overly flowery. Sensitive to something so serious and catastrophic happening on the field of the sport he’s dedicated his life to without being overwhelmed by it.

There is no coaches’ handbook for dealing with something so serious playing out on a national stage, the same as there is no one way to process shock and grief. Rather than gather everyone together as one, the 49ers met with their position groups with clinicians on hand to answer individual questions as well as deal with wives and significant others seeking information and reassurance.

It was back to business but not business as usual.

“That’s real rough, it’s real sad,” Shanahan said during his regular press briefing. “But you’ve got work too. So that’s what guys do, and you’ve got to be there for each other and I really hurt for (Buffalo) specifically because of knowing how many guys have such close relationships there.”

It was a good seven minutes before anyone broached a subject other than Hamlin, who remains in a Cincinnati hospital in critical condition after experiencing cardiac arrest after making a tackle of the Bengals’ Tee Higgins Monday night.

It helps that what little information has come out regarding Hamlin’s condition has been optimistic in tone, but it was still a jarring sight that players are working through in their own minds.

At least there’s a sense of hope that wasn’t a part of off-field NFL tragedies of past years that didn’t play out during a game on live television — the drunken driving arrest last season by the Raiders’ Henry Ruggs that took the life of an innocent woman and her dog; the murder-suicide involving the Chiefs’ Jovan Belcher in 2012; the shooting death of Denver cornerback Darrent Williams the day after the 2007 season when he played for Shanahan’s father Mike Shanahan.

That Kyle Shanahan would successfully navigate a sensitive situation shouldn’t come as a surprise, given all the 49ers have accomplished under his watch in 2022. There is good reason to believe his team has the perspective and professionalism to finish the regular season Sunday against the Arizona Cardinals at Levi’s Stadium with a 10th straight win and one of the top two seeds in the NFC.

Coaches at the NFL level aren’t always the most well-adjusted people. They know little of the outside world during the season, sacrifice a lot in terms of their family and pore over minutia for hours that would make the eyes of most anyone else glaze over in a trance.

But as awful as the Hamil situation is, it’s been good to see NFL coaches handling it with their teams with compassion with their own teams as well as the Bills and Bengals. It’s real life and a far cry from the tired war analogy “next man up.”

As pointless as the games may seem, things will get back to normal. There will be playoff games and people will watch in record numbers. And when the ‘tournament’ as Shanahan calls it is ready to begin, it should be apparent that the 49ers’ 43-year-old coach is having his best year.

Shanahan and GM John Lynch have assembled a championship-level team and worked through some early-season adversity, the kind of adversity that seems insignificant when compared to real hardship but was a big deal at the time.

Their quarterback of the future, Trey Lance, went out in Week 2 with a broken ankle, and the 49ers were wise enough to keep Jimmy Garoppolo around to the point where he came back aboard as a backup and assumed the starting role.

Garoppolo had a poor first start in Denver, stepped out of the end zone for a safety and small minds wondered why Jimmy G was smiling with former teammates afterward. Garoppolo broke his foot and gave way to Brock Purdy, who has been a revelation as the final pick of the draft.

That meant Shanahan had to recalibrate the offense back to Garoppolo and then once more for Purdy to include the rollouts and bootlegs that suit his skill set.

There was speculation that perhaps the loss of longtime assistant Mike McDaniel to the Miami Dolphins as head coach left Shanahan unable to work his usual offensive magic.

When Christian McCaffrey arrived via trade, Shanahan had the perfect runner/receiver for his offense. The 49ers, who have been stout all season defensively with the exception of two games, haven’t lost since.

Since the NFL’s Coach of the Year usually goes to someone who turned around a losing team, Shanahan isn’t likely to get a lot of support. Brian Daboll of the Giants fits the prototype.

But it’s worth stepping back and admiring the job Shanahan has done in building a team that has answered every challenge. He can be exacting, demanding and blunt with a touch of sarcasm mixed in, but he picks players who respond well to criticism and don’t need to be coddled.

“When you have guys that want to be coached and you don’t need to tell them 10 compliments before you tell them a coaching point, then it’s a lot more fun and I think that’s how they get better,” Shanahan said.

Whether the 49ers can finish things off in a way that allows Shanahan to join the Bill Walsh-George Seifert club as a champion remains to be seen. He’ll get crushed in some quarters if it doesn’t happen. But it’s hard to imagine the 49ers in better hands.