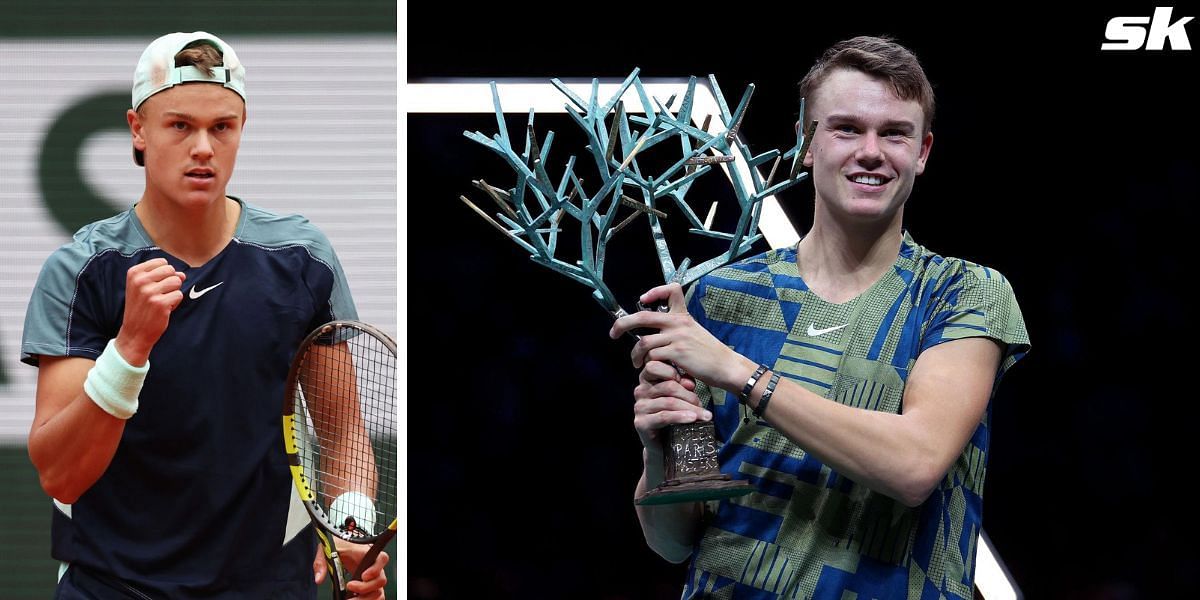 Holger Rune has been rewarded with the 2022 Tennis Player of the Year by the Danish Tennis Association for a phenomenal season last year.

The 19-year-old beat compatriots Clara Tauson (World No. 96) and Sofia Samavati (World No. 279) to the award. Upon receiving the prize, Rune stated that he always worked extremely hard and expressed his happiness at being recognized by the tennis association.

“2022 was my first year on the ATP tour, where for the first time I had to play a lot of the tournaments I was otherwise only used to watching on TV. I have always worked hard and purposefully to get to the top, so I am happy about the recognitions that come along the way, including the award as Tennis Player of the Year,” Rune said.

Henrik Pedersen, chairman of the Danish Tennis Association, praised Rune by saying that no other Danish player had achieved as much as him and that he was just getting started.

“In 2022, Holger Rune has delivered a whole series of results that no Danish men’s player has ever done before,” Pedersen said. “Therefore, it is also hugely deserved that he can also call himself Tennis Player of the Year 2022. The very best thing is that he is only 19 years old and is getting better all the time. We have much more in store from Holger’s side in the future.”

2022 was a breakthrough year for Rune, who rose to fame on the back of some strong performances against some of the best players in the world. The youngster, who started last season as a 103rd-ranked player, saw a significant ascend in the ATP rankings as he ended the year as the World No. 11. His win-loss record stood at 39-24.

The 19-year-old won his first two tour titles at the ATP 250 level in Munich and Stockholm. However, his biggest trophy came at the Paris Masters in November when he defeated World No. 5 Novak Djokovic in the finals.

Holger Rune has withdrawn from the ATP 250 ASB Classic, to be played from January 9-15 in Auckland, citing a back injury. He was the second seed in the tournament and will now be replaced by Great Britain’s Cameron Norrie.

The Dane began his 2023 season at the Adelaide International 1, where he faced a shock first-round defeat against 36th-ranked Yoshihito Nishioka of Japan. Nishioka beat the teenager 2-6, 6-4, 6-4 and has reached the semifinals, where he will face America’s Sebastian Korda.