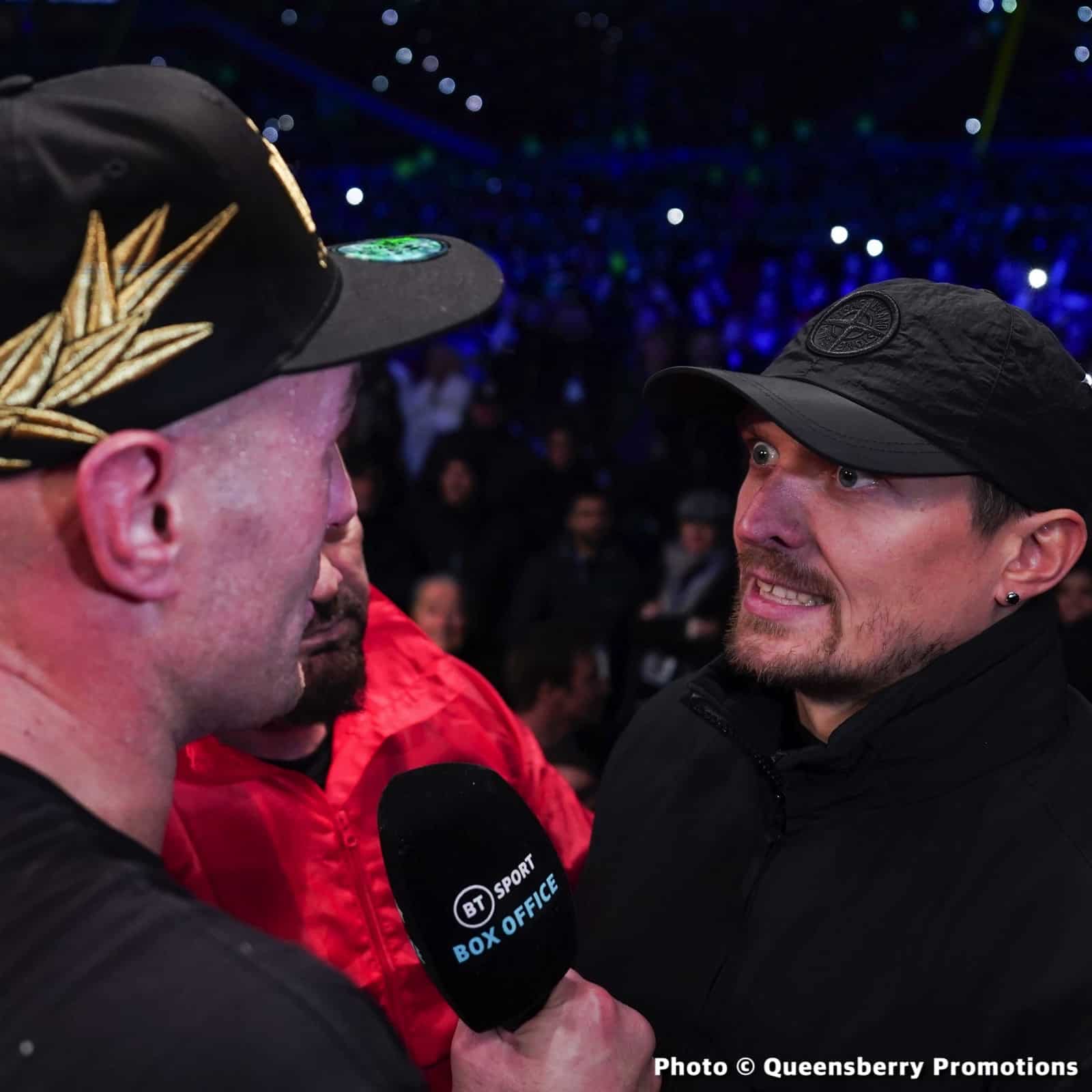 By Charles Brun: Tyson Fury’s promoter Frank Warren says a draft contract has been sent to Team Oleksandr Usyk for the unified heavyweight championship in March.

With only roughly eight weeks to go for the expected March 4th fight, it’s implausible that it’ll take place then unless IBF, WBA & WBC champion Usyk (20-0, 13 KOs) is already well underway with his training camp.

Fury (33-0-1, 24 KOs) could further wreck things by setting another one of his ridiculous end-of-the-week deadlines like we saw him do in ruining negotiations for a mega-fight against Anthony Joshua last December. The man just didn’t want it.

That move by Fury was a clear example of a fighter that simply didn’t fancy the fight. The only question this writer has is how long before Fury’s team announced Derek Chisora 4 to cram it down the throats of the British public for another Tottenham Hotspurs or Wembley Stadium mismatch.

Call it a case of nerves or whatever, but Fury negotiated his way out of the Joshua fight, and now it’ll be interesting to see if he does the same thing in another risky fight against Usyk.

“We’ve sent them a draft contract; that’s where we’re at,” said Frank Warren to talkSPORT Fight Night about him sending a draft contract to Oleksandr Usyk for the undisputed heavyweight championship against Tyson Fury in March.

“It’s got to be sorted out very, very quickly now because the time is against us,” said Warren.

If Team Fury wants to fight Usyk in March, that contract will have to be agreed on almost immediately and sent back within days. There’s not enough time for proper preparation and promotion of the fight for it to take place in March. I hate to say it, but this looks like a rush job, and if I were Usyk, I’d be vetoing the idea of a march fight straightaway.

Charles Brun believes for the fight to be done correctly, it must happen in June or July because at least that’ll give it the time required for promotion and training.

“Wherever the most money comes from,” Warren said about where the Fury vs. Usyk contest will take place. “Nothing’s in place from anywhere outside the UK.

Well, it makes sense for the Usyk vs. Fury fight to take place in Saudi Arabia if that’s where the most amount of the loot comes from. Why stage the fight in the UK if it can’t match the boatloads of cash that Saudi Arabia offers?

“We just want to get it on in March, and that’ll set them up for another big fight in the autumn,” said Warren.