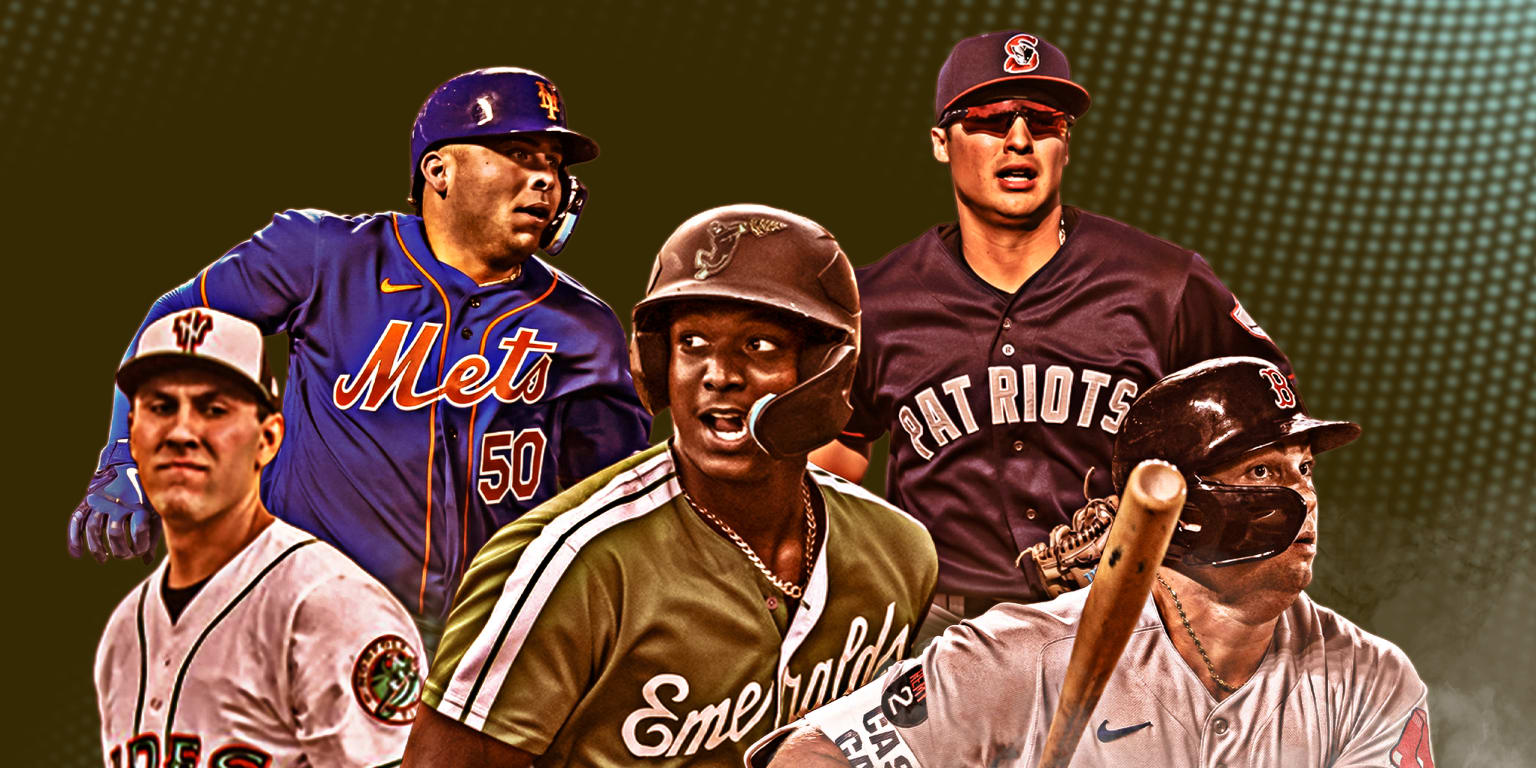 This story was excerpted from MLB Pipeline’s newsletter. To read the full newsletter, click here. And subscribe to get it regularly in your inbox.

As we work deeper into the first month of the year, we’re getting closer to our Top 10 positional and Top 100 overall prospect list reveals. More on the timing of those to come in the days ahead. (Sorry for the tease.)

But as my colleagues Jim Callis, Jonathan Mayo and I spend time debating the lists, seeking feedback and diving into our written reports, I’ve naturally started thinking about how this offseason has changed not only the prospects themselves but the situations around them. The big free agents have mostly signed, and some major trades have come through, too — all of which affect potential playing time or assignments for young players.

So with that in mind, here are some notable prospects who have been most affected by offseason moves:

Francisco Álvarez, C, Mets (No. 1, MLB No. 1): New York first added even more to its catching depth by agreeing to a deal with Omar Narváez in December and then dipped into it by sending James McCann to Baltimore. That would seemingly put the club’s top prospect into a holding pattern. Álvarez has a Major League-ready bat but missed out on needed developmental time behind the plate when he suffered a knee injury in last year’s second half.

With Narváez and Tomás Nido likely holding down the Mets’ two catching options on Opening Day, Álvarez’s best chance at opening in the bigs might be as a lefty-righty DH platoon with Daniel Vogelbach. It’s likely the Mets would want Álvarez in an everyday catching role at Triple-A Syracuse anyway to iron out his framing and blocking before ascending back to Queens.

Grayson Rodriguez, RHP, Orioles (No. 2, MLB No. 4): It felt like this would be the offseason in which Baltimore, fresh off a surprising run at an AL Wild Card spot, would get aggressive in its attempt to build around a homegrown core with supplemental pieces from the free agent or trade markets.

The O’s have added Kyle Gibson, but as things stand now in early January, they seem to have left the path clear for Rodriguez, who likely would have debuted in 2022 if not for a lat strain, to make the season-opening rotation. His deep pitch mix, headlined by a 70-grade fastball and changeup, would certainly play quickly in the bigs, and it wouldn’t surprise if he had a quick impact in the same way Adley Rutschman and Gunnar Henderson did in 2022.

Anthony Volpe/Oswald Peraza, SS, Yankees (No. 1/3; MLB No. 5/50): You may have heard a lot of big-name shortstops were available as free agents this offseason. The defending AL East champs didn’t sign any of them. That leaves a big opportunity for two of New York’s best prospects.

Peraza is the more ready of the two, having played 18 games in the bigs last year, and his plus defense would be an asset right away. But Volpe — a better all-around talent — has the higher ceiling and has ample upper-level experience himself, meaning he should be in the thick of the shortstop mix in Spring Training. Isiah Kiner-Falefa could still win the Opening Day job, but don’t be surprised if Peraza and Volpe see time at the six in the Bronx in the first half, following the Yanks’ inactivity at the position.

Marco Luciano, SS, Giants (No. 1, MLB No. 16): When Carlos Correa still had a press conference scheduled for San Francisco, it looked likely that Luciano would have to start his transition to third base earlier than expected. Instead, the route to short is far less blocked now, and the Giants might prefer to give the 21-year-old a little more time at short, even if his defense is considered slightly below-average. His 65-grade power becomes even more valuable up the middle, and if he shows any of that by the Bay next summer, Giants fans may not find themselves bemoaning what could have been.

Brett Baty, 3B/OF, Mets (No. 2, MLB No. 18): How many different gloves should Baty pack for Port St. Lucie? When it looked like Correa was heading to Queens, you could bet that New York’s best infield prospect would see more time in left field, where he’s made 29 Minor League starts. Now that it looks like Correa — an All-Star shortstop — is going back to Minnesota (pending a physical), the path to playing time at Baty’s natural position remains open. It’s likely been an offseason of zigs and zags, but it’s looking like it’ll end where it began — with Baty as a Major League-ready bat who can hit for average and power and will compete with Eduardo Escobar for playing time at the hot corner.

Triston Casas, 1B, Red Sox (No. 2, MLB No. 25): There’s little doubt that the first-base gig is Casas’ now. The official release of Eric Hosmer on Dec. 22 made sure that Casas was the only American Heritage High School alum going for a spot at Fenway Park’s cold corner. Bobby Dalbec does provide a right-handed option, but his subpar 2022 campaign should have taken him out of the running. Casas showed signs of his promising power and good defense in his 27 games with the Sox last year, and that may have been enough to keep them from chasing other first-base options in the winter.