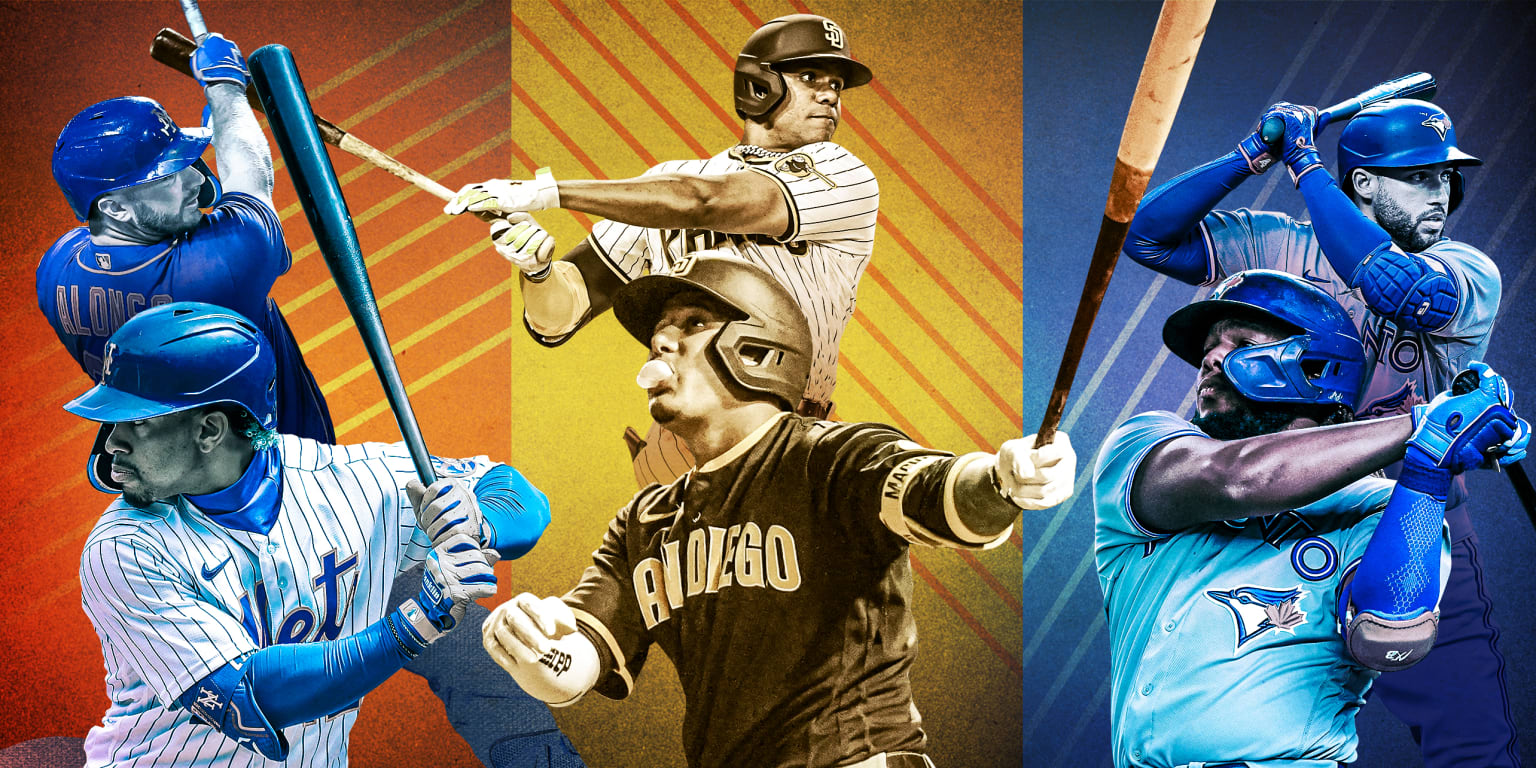 If you thought the Carlos Correa saga was a whirlwind for him, his family, his agent and the teams and fans involved, have you stopped to consider me, Average Joe Sportswriter, trying to churn out premature and subjective lists of the best lineups in baseball?

No, of course you haven’t. But let me tell you, it’s been rough.

Correa drastically affected the offensive projections for three different teams in the last month. That’s 10% of MLB. Is he done? Is it safe to come out and rank some stuff now?

Let’s hope. With all the top free agents off the board (again), let’s take another run at the top 10 lineups in baseball — a list that will, of course, be subject to change (again), should major trades or injuries occur between now and Opening Day.

Eagle-eyed readers will note that, in the previous version of this list that ran when Correa appeared to be headed to Queens, the Mets were No. 1, the Padres No. 2 and Astros No. 3. The Mets now drop, for obvious reasons. But why do the Astros rise? Well, because, sometimes when I write these lists, I crunch the numbers, I study the stats, I run chemistry experiments in my high-tech laboratory … and then the list is published and … it just doesn’t look right. Even to me. As noted below, the Padres have the best top of the lineup in baseball, but the Astros are simply deeper. They belong at No. 1.

The Astros ranked sixth in the Majors in weighted runs created plus (112, or 12% better than league average) and eighth in runs (737) in 2022, and that was without the RBI machine known as Abreu and with Brantley’s sweet swing on the shelf for all but 64 games. Both of those guys are getting older, so that must be taken into account. But on the flip side, Alvarez, Tucker and Peña are really just beginning to come into their own. The Astros’ beautiful blend of discipline and power gives them a strong argument to be No. 1 on this list, and they might well be there by the end of the season.

Gosh, it was fun to type out that top of the order. So just imagine how much fun Bob Melvin will have writing it out. The Padres’ offense didn’t really mesh in the last couple months of the regular season like we thought it would after the Soto trade, but the addition of Bogaerts (.880 OPS over the last five seasons) and pending return of Tatis would give them far and away the best 1-through-4 in MLB. There are more question marks in the bottom half, but, if Carpenter wants to go ballistic again, all the better.

When this list first ran, the Blue Jays were at No. 4, and it felt a bit ambitious given that they were still extremely right-handed and needed to account for the departure of Teoscar Hernández. Now, after the additions of Varsho and Belt, we can feel a lot more comfortable ranking them among the very best lineups in MLB. Last year, Toronto ranked second in MLB in wRC+ in 2022 (118), and the Blue Jays return four regulars (Springer, Kirk, Guerrero and Bichette) who were at least 29% better than league average last season, per wRC+. Add in Varsho, who discovered his power stroke in his first full season in Arizona last year, and Belt, whose veteran lefty bat balances the DH options, and this group can be an even bigger nightmare for opponents this year.

Another lineup that might be undersold here. (What can I say? This is hard.) For what it’s worth (and it could be worth a lot), FanGraphs’ current runs per game projections have the Braves at No. 1. I can see it, if Acuña — further removed from knee surgery — returns to MVP-level production, if Olson returns to his 2021 output now that he’s more comfortable in Atlanta, and if Grissom proves to be the real deal in Dansby Swanson’s absence. The Braves got great production from d’Arnaud and William Contreras at catcher and DH last season and that is a good bet to continue with Murphy aboard.

When the Mets agreed to terms with Correa (remember those days?), they vaulted to the top of the list, having meaningfully addressed their need for thump at third base. Without Correa, it’s basically back to square one. But that’s not a terrible place to be. After all, the Mets did rank third in the Majors in wRC+ (116, or 16% better than league average) in 2022 and first in the second half (124). And there is a pretty good chance the Mets’ top prospect, catcher Francisco Álvarez, is also a big upgrade in power and production at the catching spot, where the Mets were one of the worst-performing teams last year.

It didn’t show up in the National League Division Series vs. the Padres, but this was the best lineup in baseball last season, hands down. The Dodgers were No. 1 in every category that matters. The drop from No. 1 to No. 7 on this list is really not as big a deal as it seems, because these are all quality lineups. But I am dinging them for the losses of the Brothers Turner — Trea and Justin (no, they’re not really brothers), both of whom had wRC+ marks around 25 percent better than league average. Martinez was an All-Star last year, but, on measure, it was his worst full season since he became a big league regular in Detroit. The Dodgers figure to take on a more youthful look in the bottom half of their lineup. Knowing them, it will work out just fine. But for now, let’s wait and see.

^Will begin the season on IL following Tommy John surgery

The Phillies are very clearly a top 10 lineup, but probably the hardest team to rank within the top 10 right now, only because we don’t yet know when exactly Harper will be back from Tommy John surgery and how quickly he’ll get back to his usual caliber of production. With Harper limited to DH duties (and missing more than 50 games because of a thumb injury), the Phillies managed to rank 10th in wRC+ (106) and seventh in runs (747) last year. Now, Turner gives them a huge burst of speed near the top of the order, and a Castellanos bounceback is well within the realm of possibility. So this is another ranking that, by year’s end, could look laughable, because there’s a not-small chance this is the best lineup in baseball once Harper returns.

The Yankees ranked second in runs (807) and fourth in wRC+ (115) in 2022. Keep in mind, though, that was with Judge having a season for the ages and Matt Carpenter (as mentioned above) briefly resembling Barry Bonds. In the second half, the lineup’s overall output was much more pedestrian. Re-signing Judge and Rizzo was a must, and it keeps the Yanks in the top 10. But this remains a very Judge-reliant offense, and Judge repeating his ’22 performance will of course be difficult.

Look at the pesky young Guards weaseling their way into the top 10. They were decisively a middle-of-the-pack offense last year, ranked 15th in runs per game (4.31). But it’s not really a big leap from 15th to 10th, and I would argue that Cleveland can make it by drastically improving two positions (DH and catcher) where it ranked 29th in OPS last season (Bell and Naylor can now essentially share the 1B/DH at-bats). Bell and Zunino both bring needed power to the equation. Add a little muscle to a club that had the best contact rate (80.8 percent) and ranked fourth in FanGraphs’ Baserunning score (13.2) last year, and you’ve got the makings of a top 10 offense.