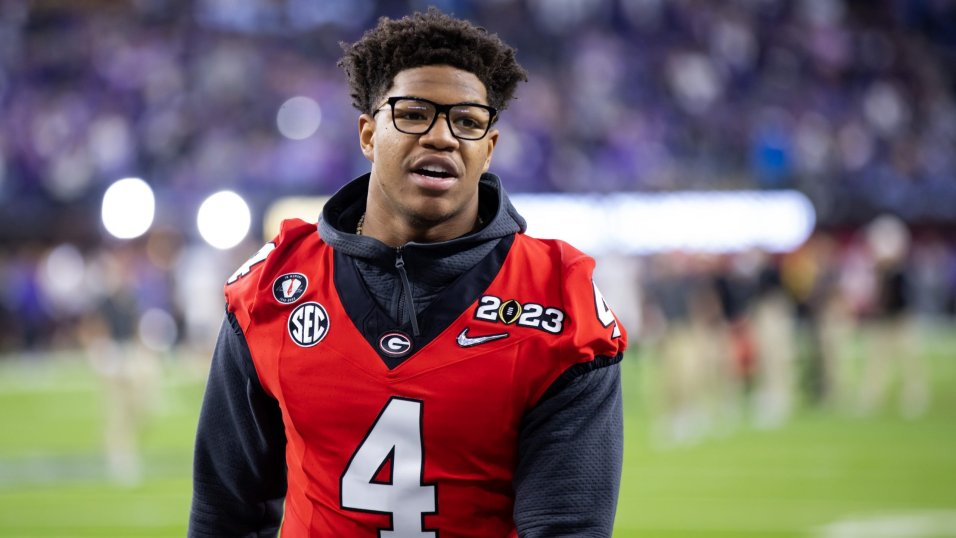 Now that the 2022 college football season is over, it’s time to start taking a closer look at some of the top prospects in the 2023 NFL draft class.

Next up, we have Georgia Bulldogs edge defender Nolan Smith.

NFL role: The No. 1 recruit of the 2019 class, Smith has been a highly touted prospect for quite some time.

He has always been viewed as a project who possesses rare speed and athleticism for an edge defender. And it all started to come together for him over the last two seasons at Georgia —  after grading below 70.0 in each of his first two college seasons, he earned overall grades of 85.0 (2021) and 83.7 (2022) to finish his career.

The Georgia edge rusher developed more pass-rushing moves and became dominant against the run. We would love to see this progression continue into the NFL, as he has the physical tools to become an elite defensive player, whether he’s coming off the edge or slotted at linebacker.

Smith will be taken in the first round on potential alone. And if he goes to a good developmental coaching staff, he could be a Pro Bowler one day.

Nolan Smith will be an interesting prospect in the 2023 NFL Draft@PFF_Mike on the UGA star pic.twitter.com/u8GUT4JHZ5

Smith suffered an injury just five snaps into this one, so unfortunately, this was the last time we saw him on the field. Still, he recorded one QB hurry and one tackle for loss. He also generated a ridiculous pass-rush win rate of 66.7%.

Although Georgia won 55-0, the star edge defender had virtually no impact on this game. It was the only game of the season in which Smith did not make a single tackle, and he also recorded only two total pressures.

What he does well: Smith is an explosive athlete with top-tier strength and speed for his size. This makes him extremely versatile on the football field and allows him to play multiple positions.

Standing at 6-foot-3 and 235 pounds, he is relatively small for a defensive end, but he plays much bigger. He’s strong and athletic enough to hold up against most offensive linemen.

He had no problem getting to the quarterback this season, recording 17 total pressures and earning a 74.5 pass-rushing grade. He’s also faster than most guys on the football field, which helps when hawking down the ball carrier.

Run defense has actually been Smith’s specialty at Georgia, as he earned an absurd 90.6 run-defense grade in 2021 and followed it up with an 82.4 grade this year. He’s missed only four tackles in four seasons, elite-level stuff, no matter what position you play.

Georgia Senior OLB Nolan Smith was a fun watch. Smith wins with ELITE Speed and Athleticism and has a knack for being around the football.

Smith (No. 4) uses his speed to shoot the inside gap and beat the TE to make the play for a TFL#NFLDraft #GoDawgs pic.twitter.com/FBz4EJ4cin

What he needs to improve: Smith needs to develop more pass-rush moves and better technique. He already has the physical tools, but he has room to add 10-15 more pounds of muscle to help him go up against much bigger tackles in the NFL.

There aren’t major injury concerns with Smith, even if he did suffer a season-ending injury in October. This will set him back slightly in the pre-draft process, but it shouldn’t be too big a worry for NFL teams, as the surgery to repair his torn pectoral muscle was successful.

Smith may miss the combine but should be fully healed and ready to go by draft day.

UGA EDGE Nolan Smith suffered a season-ending injury in Week 9, but is still an ultra-talented prospect. Super flexible to take tight corners and with a nice framework with his hands, Smith is a dynamic pass rusher. pic.twitter.com/PduvSdkccz